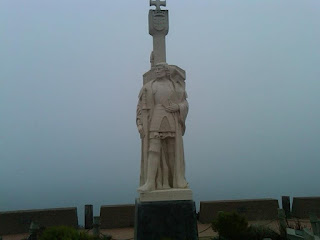 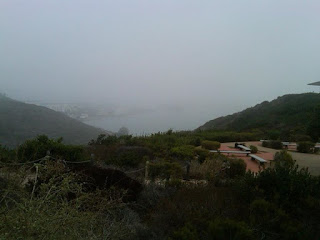 Since I was at Point Loma I decided on checking out the Old Point Loma Lighthouse which was in service from 1855 to 1891. 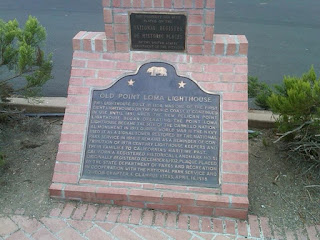 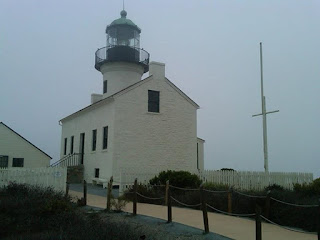 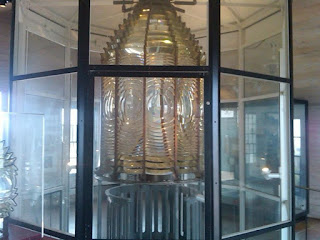 There was also a series of Coastal Batteries from the WWII era at Fort Rosecrans that were worth a look as well.  Odd to think that the threat of a Japanese invasion was a very real possibility at major port cities like San Diego during WWII. 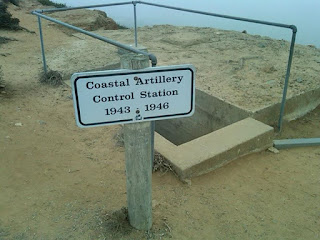 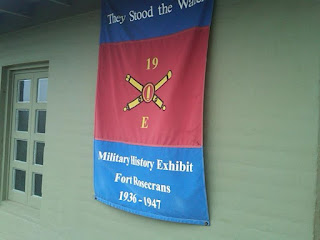 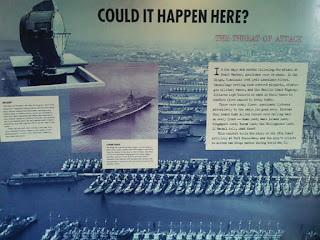 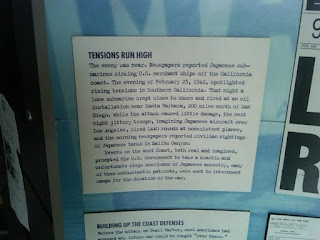 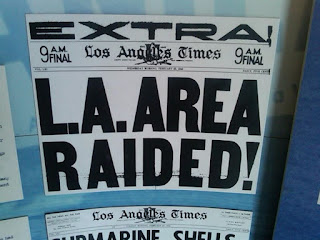 When I was visiting Cabrillo National Monument I largely took what was CA 209 which ran on; Camino Del Rio West, Rosecrans Street, Canon Street, Catalina Boulevard and Cabrillo Memorial Drive from I-5/I-8 to Point Loma.  CA 209 was a 1964 renumbering for Legislative Route Number 12 and was de-commissioned in 2003 according to CAhighways.org.

I have heard rumors for years that CA 209 and LRN 12 west of US 101 were once part of US 80.  In my own research I have never seen anything that supports US 80 being officially routed to Point Loma.

The 1934 State Highway Map City Insert shows US 80 on El Cajon Avenue but doesn't provide much detail as to where it connected to US 101 in downtown San Diego.  Barnett Street does not show a route designation.

In 1935 the road to Point Loma west of US 101 is shown as state maintained on the City of San Diego Highway Map from the California Division of Highways.

The 1938 State Highway Map shows US 80 and US 395 running concurrently to downtown San Diego and US 101 but not to Point Loma.

The 1953 City Insert Showing US 80 meeting at US 395 on a far different alignment.  It is not clear if both routes continue to downtown San Diego to US 101 or just one of them.

The 1964 City Insert shows CA 209 after the California Highway Renumbering west of US 101.

The only conclusion I can draw is that US 80 never officially made it to Point Loma but could have possibly been signed to there.  State Road Maintenance was definitely in place until the 2000s which would suggest it possibly obtained some rogue US 80 shields at some point.  I can't say for certain without seeing some sort of pictures or further state documentation from before the 1964 California Highway Renumbering.

Its worth noting that Gousha did publish a map in 1940 showing US 80 ending in Point Loma.  However, even USends.com notes that officially state maps at the time did not display US 80 west of US 101.  The 1940 Gousha Map can be viewed at this link.

Update; in 2019 I returned to Point Loma while visiting San Diego and picked up former CA 209 at the intersection of Canon Street and Catalina Boulevard. 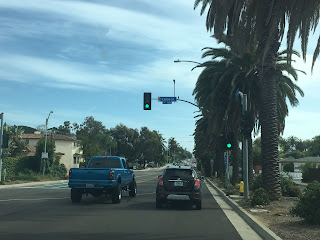 I've heard rumors of stray CA 209 shields but I didn't see any on Catalina Boulevard heading south to the gate of Naval Base Point Loma. 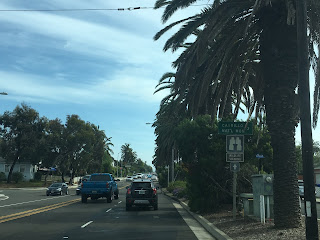 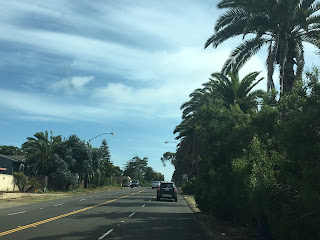 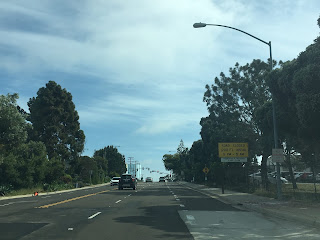 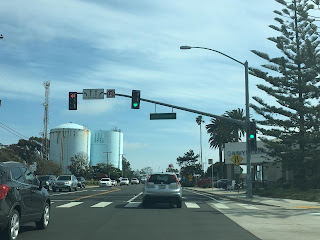 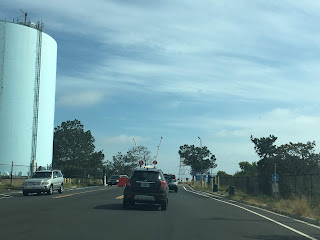 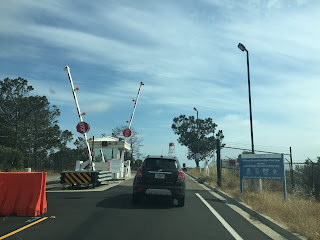 At the gate for Naval Base Point Loma the road designation becomes Cabrillo Memorial Drive.  Former CA 209 would have continued south through Fort Rosecrans National Cemetery to Cabrillo National Monument. 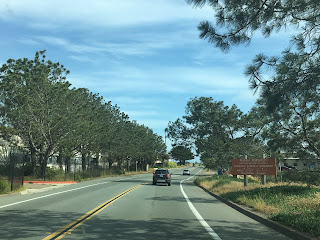 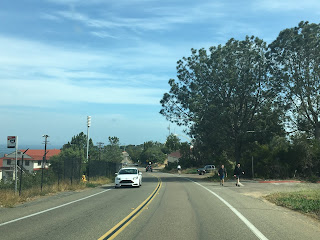 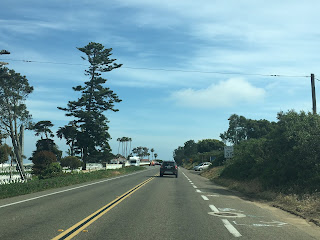 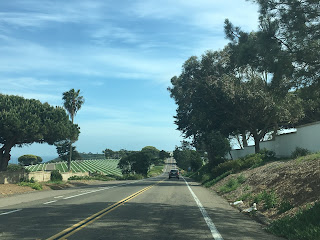 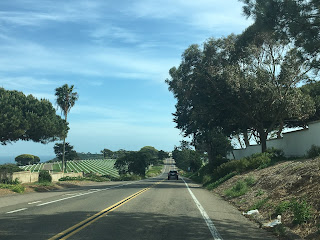 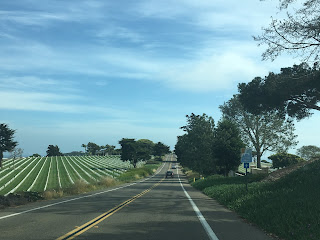 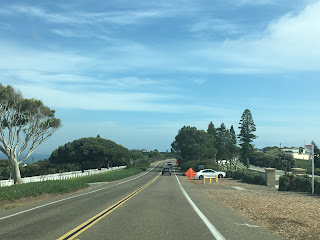 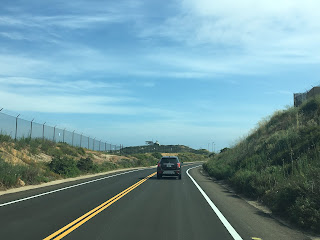 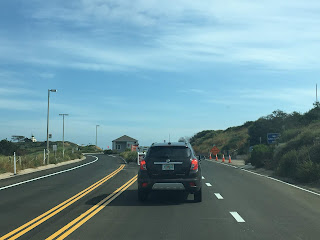 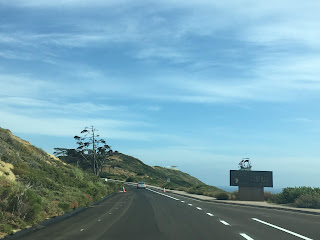 My visit to Cabrillo in 2019 was on a sunny day which meant the view of San Diego Bay, Naval Station North Island, Coronado, downtown San Diego, the Coronado Bridge (CA 75) and Silver Strand was available to see. 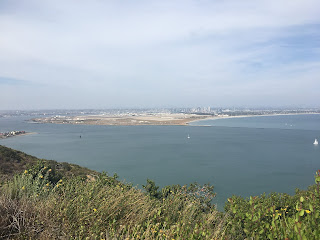 Bill S. said…
Really enjoy everything on Gribblenation!
While walking along one of the paths at Cabrillo National Monument, just below the lighthouse, I found a highway "C" monument placed within a stone retaining wall. After reading the article above, I wonder if it somehow connects with comment on how far the state highway went. There must be a reason or a good story or both behind the placement! If I can figure out how to add a picture of it I will.
Regards.
Bill Smoot
5:35 PM

Challenger Tom said…
Where specifically did you find the C-Block?
7:23 PM

Bill S. said…
Here are the coordinates and the Google Maps photo. Interested to hear your perspective. I did a quick Google search and nothing came up as to why or when.
Thanks!
Bill