By Challenger Tom February 03, 2018
Over the last month or so I've been driving by a mysterious red building at Clovis Avenue and Lincoln Avenue near California State Route 99 in Fresno County.  The building greatly resembled a rail depot and I noticed it displayed the name of the City of Fowler.  It turns out that the building is the 1882 Fowler Rail Depot which was moved northwest out of downtown Fowler to it's present location.  The Fowler Rail Depot appears to have once been a business as it has a large security fence is surrounding it and there is handicap parking zones.  The sign on the Depot shows San Francisco 216 miles to the west and New Orleans 2,271 miles to the east. 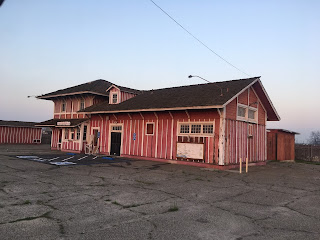 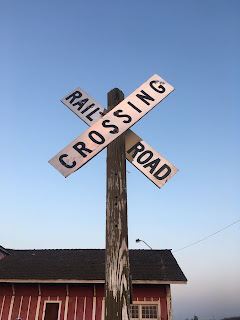 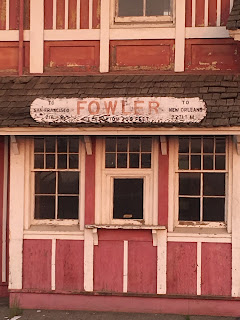 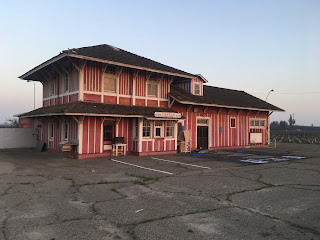 Rail service dates back to 1872 when the Central Pacific Line through San Joaquin Valley was completed.  At the time the Central Pacific line was completed there was a rail switch also built to the ranches of State Senator Thomas Fowler known as Fowler's Switch.  There is a small monument about Fowler's Switch located at 7th Street and Merced Street. 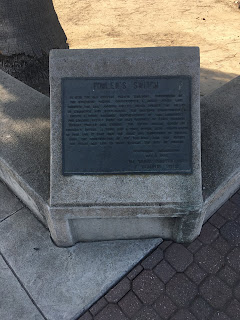 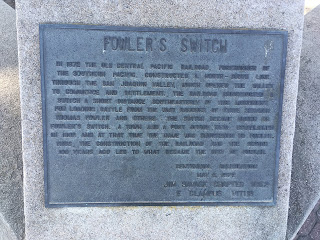 The Fowler Rail Siding was constructed also in 1882 along with a Post Office.  The map below shows the 1882 Fowler Rail Depot located at Main Street and 7th Street.

Presently there is nothing but a vacant lot at Main Street and 7th Street in downtown Fowler where the 1882 Fowler Rail Depot once stood. 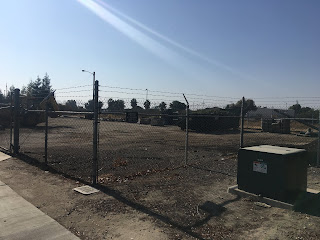 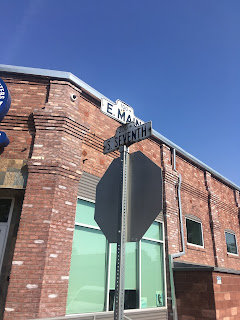