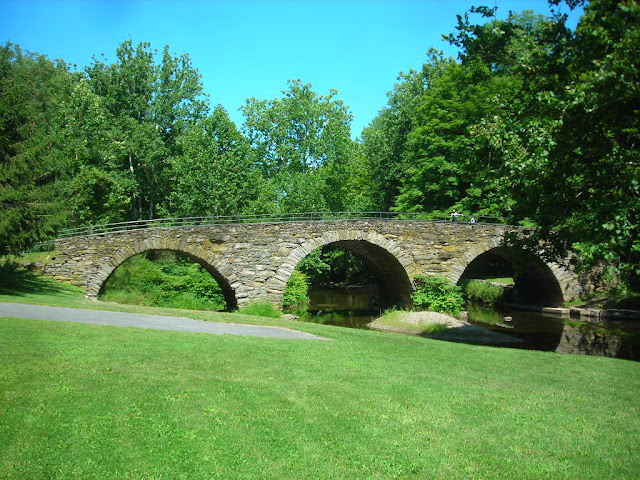 In the 18th and 19th Centuries, stone arch bridges were a popular form of bridging creeks, streams and rivers. One of these bridges is a beautiful three arched stone bridge known as the Kenoza Stone Arch Bridge in Kenoza Lake, New York. This bridge can easily be seen from nearby NY Route 52, near the intersection of NY Route 52 and NY Route 52A. The stone arch bridge spanning over the East Branch of the Callicoon Creek was originally built in 1880 by Swiss immigrants Henry and Philip Hembt, who put their stone masonry skills to good use. The bridge had been built to replace a wooden bridge that collapsed from a load of hemlock being carried by wagon on its way to a nearby tannery. The bridge construction used temporary wood framework, also known as centering, to support the stones used in the arches during construction; so once all the stones were set, the forms were removed. The bridge was located near the Newburgh-Cochecton Turnpike and was important to the development of the area, along with the local agricultural, lumber (there was a nearby saw mill) and tanning industries. The bridge was used in regular service until 1945

The Kenoza Stone Arch Bridge has some tragedy attached to it as well. In January 1892, one of the few hex murders in the Upper Delaware Valley region of New York State occurred on the stone arch bridge. George Markert was murdered upon this bridge by Adam Heidt and his son Joseph Heidt while Markert was crossing the bridge at night. Adam Heidt was a farmer who believed that Markert was a warlock who had placed a hex upon him. This hex could be activated any time Markert did something three times, so it seems a little strange that the murder was done over the three arched bridge. Markert was beaten with a club by the Heidts, shot five times with a revolver, and then Markert was finally thrown into the frozen waters of the creek below. Joseph was sent to prison, but Adam was sent to a state mental hospital because the judge thought he was mentally ill. It is said that George Markert’s ghost still haunts the bridge even to this day.

Now a key part of the Stone Arch Bridge Historic Park, the bridge was restored in 1980 and is listed on the National Register of Historic Places. The stone arch bridge is a serene work of art and is available for your quiet enjoyment, free of any hexes. 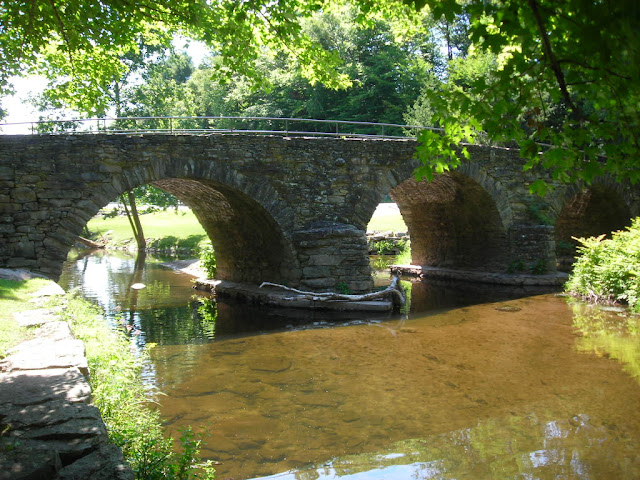 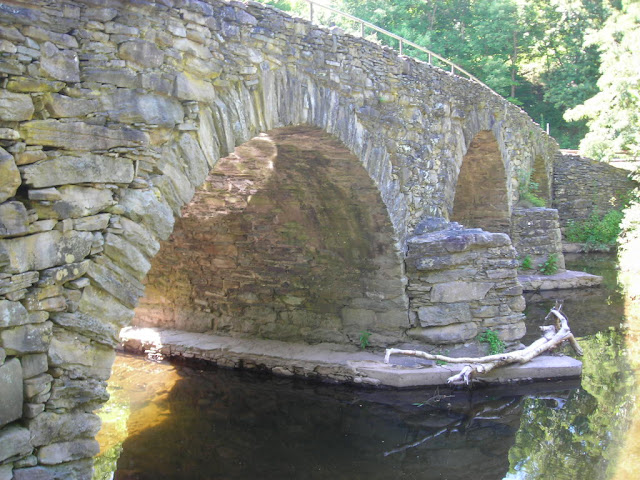 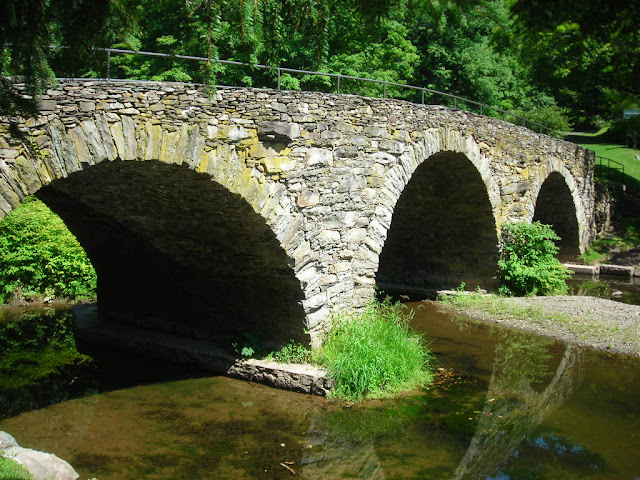 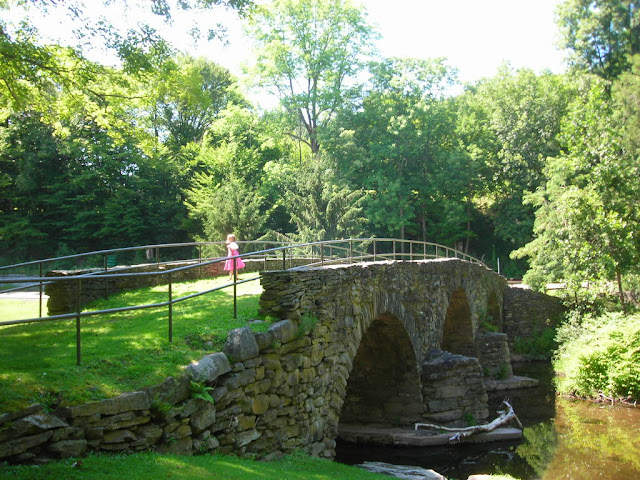