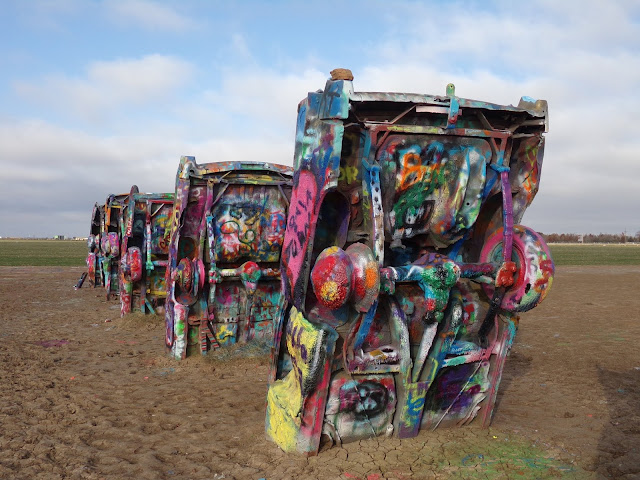 Perhaps one of the more visually interesting sights along the highways of North America is the Cadillac Ranch, which can be seen off of Interstate 40 and old US 66, just west of Amarillo, Texas. Cadillac Ranch wasn't a stopover for travelers of the US 66 of yore, as it was an art and sculpture installation that was erected in 1973 and 1974.

Texas millionaire Stanley Marsh, 3 was the mastermind behind Cadillac Ranch. In 1973, Marsh invited an artist group from San Francisco called the Ant Farm to help him in the creation of a unique work of art for his sprawling ranch just west of Amarillo.

Ant Farm acquired ten used Cadillacs, ranging from 1948 to 1963. Erected along historic US Route 66, the cars were purchased from junk yards, and averaged about $200. The cars were then buried nose down, facing west along the old highway. In 1974, Cadillac Ranch was completed and visitors began to arrive from all over. Curiosity seekers and passers-by were  leaving their mark on the graffiti covered cars. In 1997, the Cadillac Ranch was moved about two miles to the west, in order to have a little more breathing room from Amarillo. Other than that, Cadillac Ranch has remained the same since the beginning. 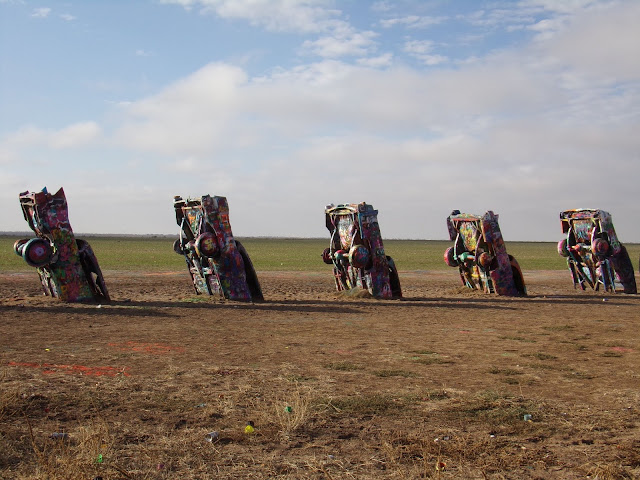 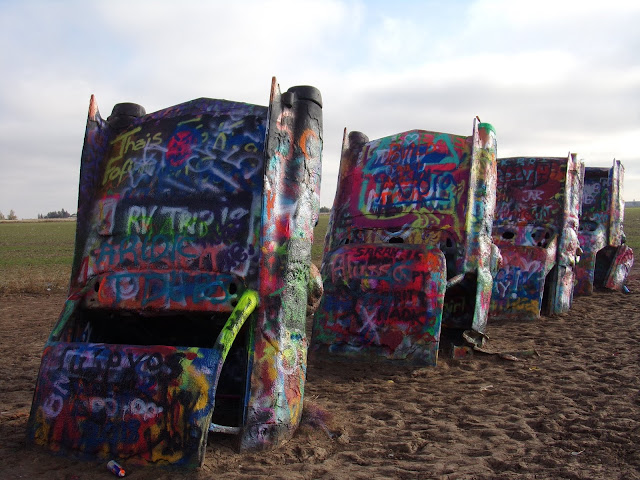 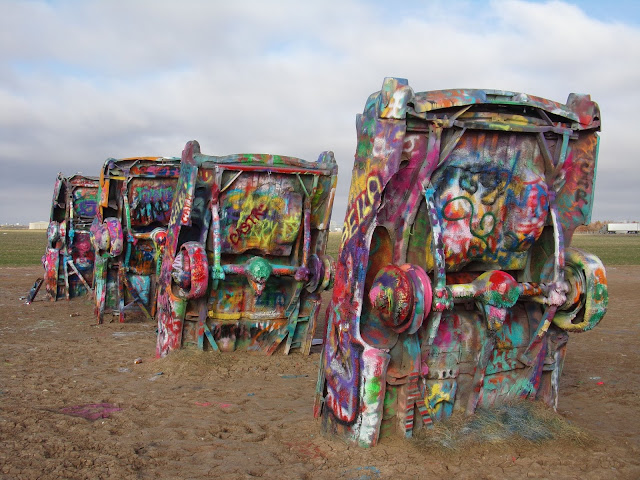