By Challenger Tom March 28, 2018
East of Peach Springs along Old US 66 in Yavapai County is the Grand Canyon Caverns. 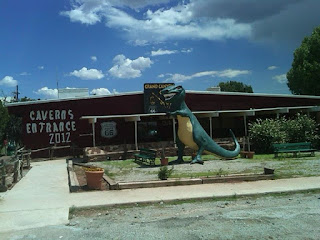 The grounds around Grand Canyon Caverns have many displays of vintage cars and assorted dinosaur sculptures. 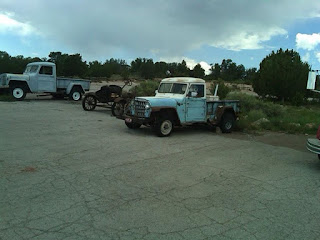 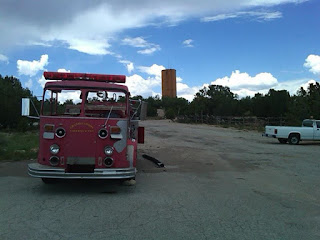 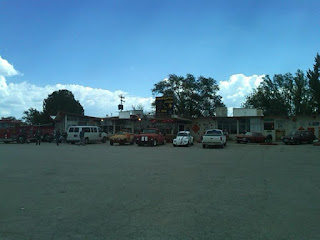 The visitor center has a large display detailing facts about Grand Canyon Caverns.  For a price, you can actually stay the night in the Crystal Cavern. 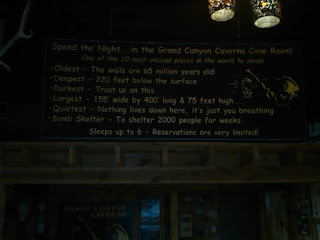 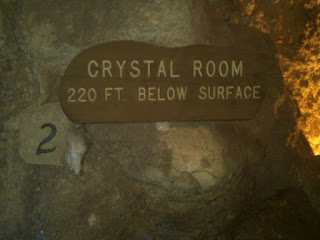 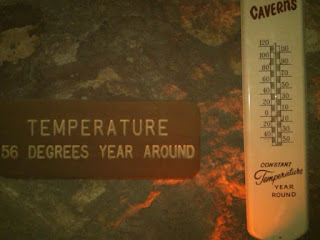 There are many displays citing facts about the Grand Canyon Caverns.  The guided caverns are surprisingly well lit which should be obvious from the fact that I was able to pick up clear pictures with a Blackberry phone. 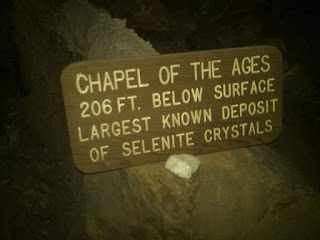 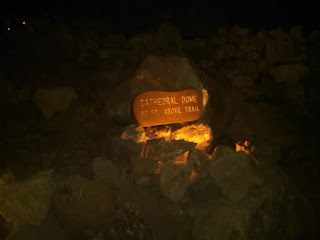 It isn't probably all that obvious but the shaft in the rocks overhead is the natural entrance which was sealed when the modern elevator was installed. 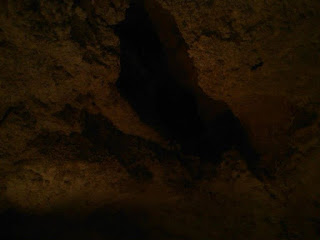 The actual Grand Canyon Caverns Inn is located directly below the natural entrance. 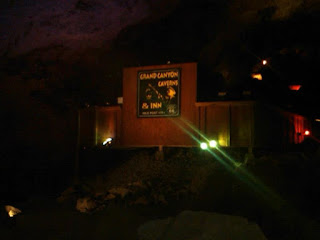 There are still underground food rations from the height of the Cold War still on display. 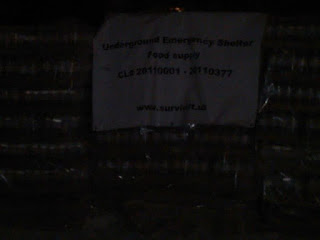 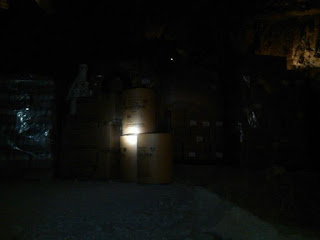 Apparently, things didn't go well when this bobcat fell down the natural entrance as it was mummified by the dry air of Grand Canyon Caverns. 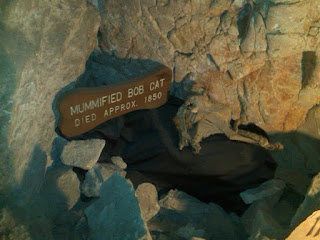 As for Peach Springs, it is the current headquarters for the Hualapai Tribe and is located directly west of the Mohave County line near Grand Canyon Caverns. 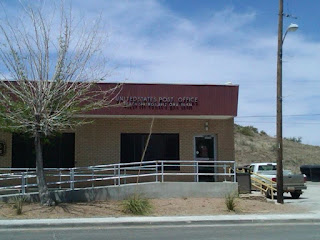 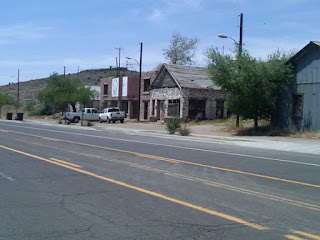 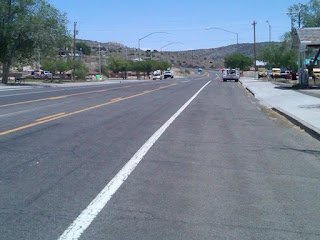 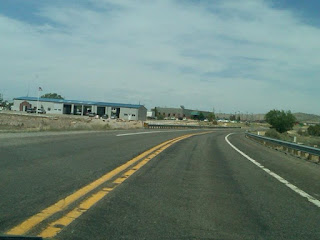 Peach Springs dates back to the 1880s when it was created as a rail siding of the Atlantic & Pacific Railroad.  Peach Springs can be seen on the 1882 A&P operating map.