By Adam March 08, 2018
From 2005 - 2006, I lived in Albany, New York.  A number of the roadtrips that I took were included in Doug's New York State Gateway at Gribblenation and there are also a few more I didn't get to.  Over the next few weeks, I will be reposting old trips from the site along with new features from my two years in Upstate New York.

On February 20, 2005, I embarked on my first New York oriented roadtrip.  From Albany, I headed south with Doug Kerr and Chris Jordan south to pick up Charles Slater and then headed out to tour around the Shawangunk Mountains and eventually towards the Upper Delaware Valley.  Below are photos and other goodies from the trip.

Route:
From Highland US 44 to NY 208 South to Walden and NY 52 West to Ellenville and US 209 South to Port Jervis.  (This does not include various small side road detours through out.) In Port Jervis, US 6 and various side streets to the NY/NJ/PA tri-point and NJ 23, I-84 to I-87 North back to Highland. 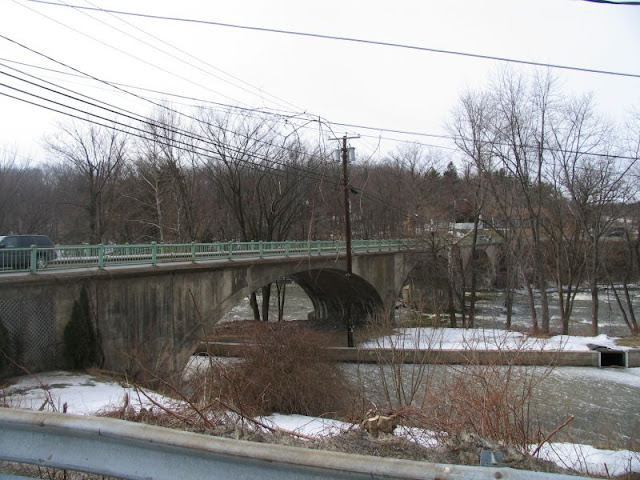 This closed spandrel concrete arch bridge carries Ulster County Route 18 over the Wallkill River.  The bridge is located just off of NY 208 in the Village of Wallkill.  In addition to the bridge, there are a few other unique historical items here.  First, an abandoned lock is just upstream from the bridge.  The lock, which was not part of the nearby Delaware and Hudson Canal, includes an adjacent dam.  Also, stone abutments and piers from a prior crossing of the river still remain.  Photos of both the lock and remnants of the old bridge are below. 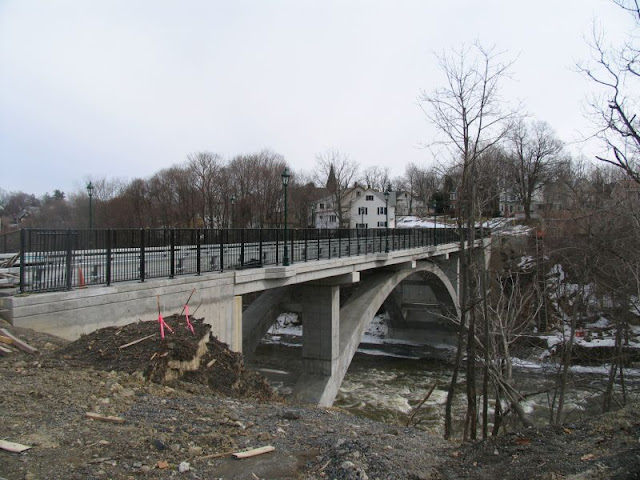 The next stop was to check out the then under construction NY 52 High Bridge in Walden.  This bridge - also over the Wallkill River - is a modern day example of an open spandrel concrete arch bridge. We caught the bridge near final completion; in fact, it opened close to two months later.  The bridge was completely rebuilt from the ground up as it replaces an earlier, possibly steel arch, bridge.  It carries NY 52 nearly 100 feet over the Wallkill.  It is a modern version of an old classic, and looks great.  The visual aesthetics with the vintage style streetlamps and the black railing really gives the bridge some character. 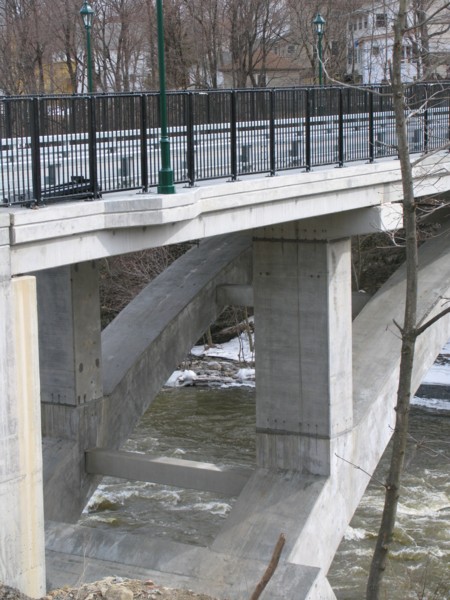 West of Walden NY 52 climbs the Shawangunk Mountains before descending to Ellenville.  Along Route 52, there are a few scenic overlooks that provided for some nice winter views. 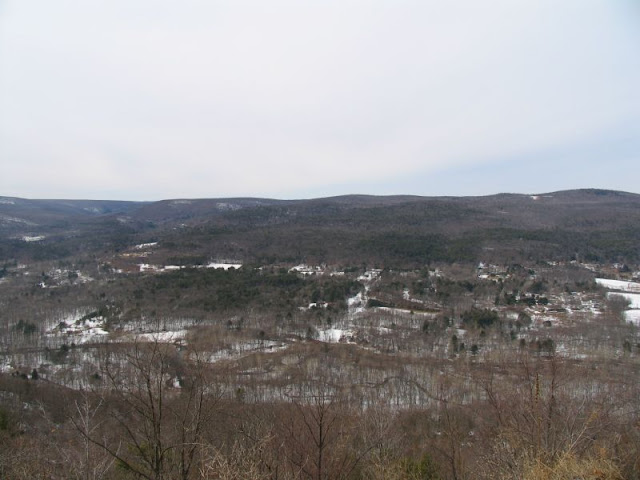 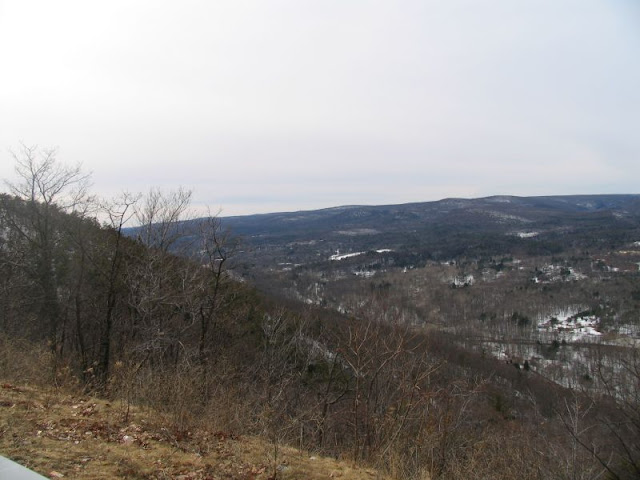 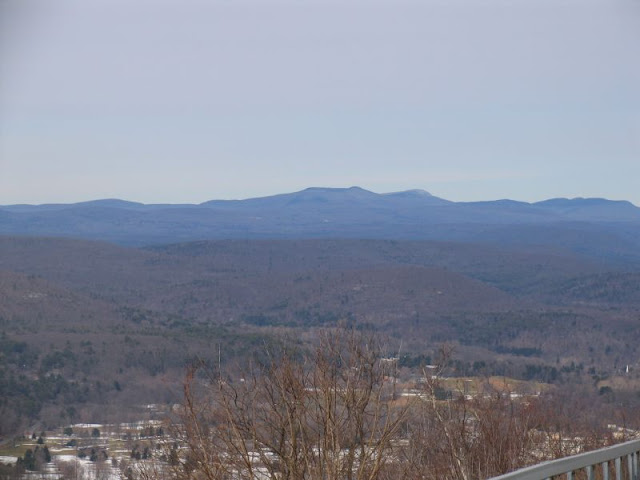 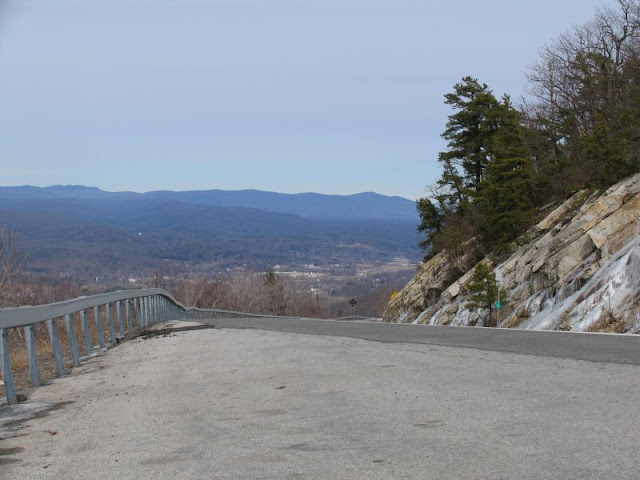 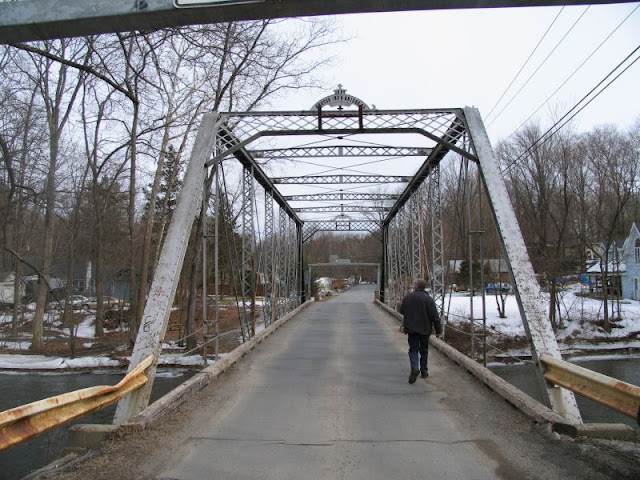 Around NY 17 (Future I-86) we took a brief detour to one of the oldest surviving bridges in New York State.  The Pehicoal Lane Bridge over Shawangunk Kill was built in 1884 by the Croton Iron Bridge Company.  The bridge remained in place until 2010 when it was dismantled and replaced.  The bridge was for sale though I am not sure if it was ever purchased. 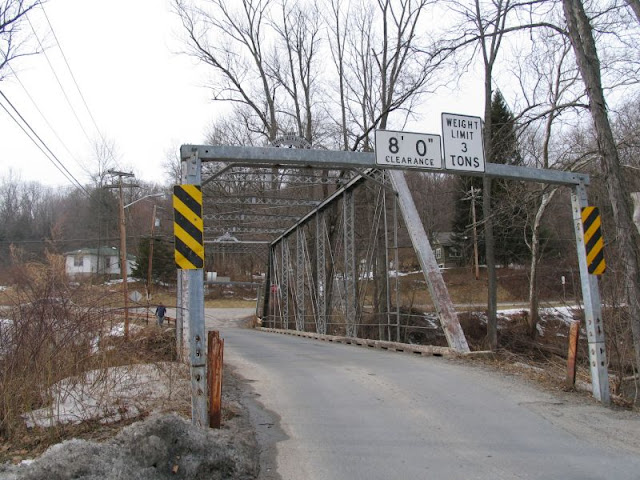 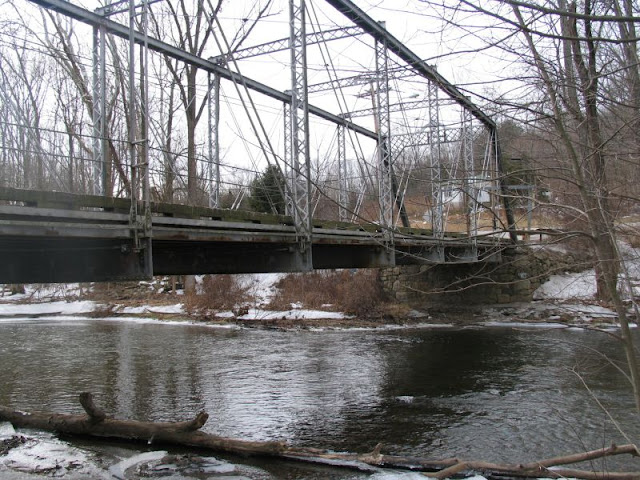 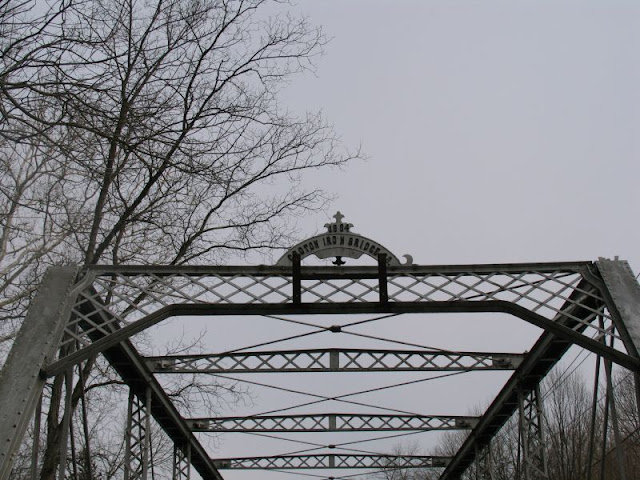 Our final stop was the monument noting the spot where New York, New Jersey, and Pennsylvania meet.  This is also the point where the Neversink River flows into the Delaware River.  What is unique is that this point is almost literally underneath the Interstate 84 over the Delaware.  The bridge that carries I-84 over the Delaware comes within 100 yards of New Jersey.  Another quirk of this monument is that you have to drive through a Port Jervis cemetery to get to it. 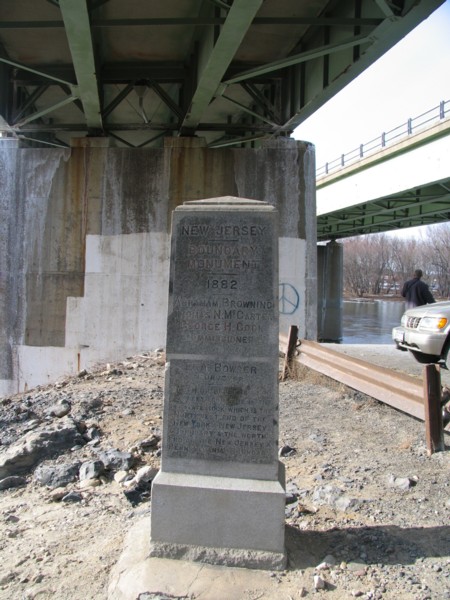 The top photo is actually the New Jersey side of the NY/NJ boundary monument that was erected in 1882. 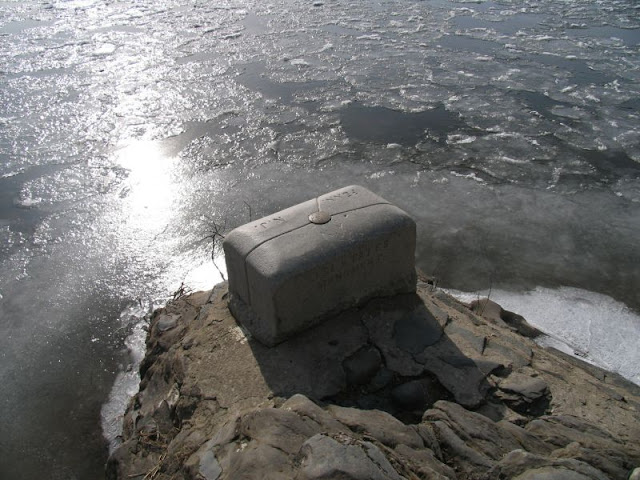 Below are some more photos from the stop.
From that point we headed back towards Highland and then eventually Albany.