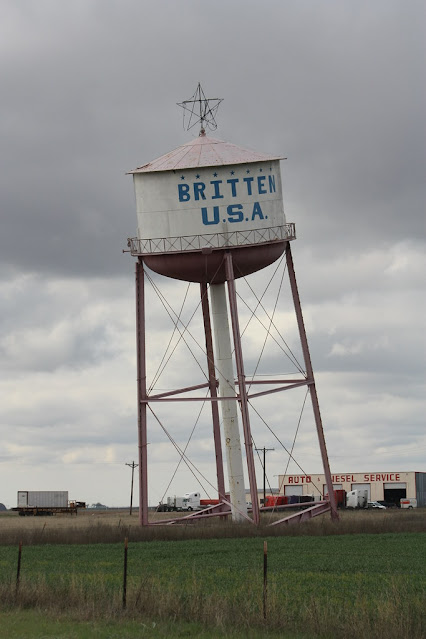 Route 66 is full of landmarks - quirky, natural, or historic.  Many date to the highway's heyday of the 1930-50s.  However, one of the more well-known landmarks dates to the final days of the Mother Road.  Located in the small town of Groom, the Leaning Tower of Texas dates to around 1980 - the last few years of US 66's existence.

Truck Stops along the Interstate and major highways are a dime a dozen, and in the Western US, you will find them in every size imaginable, from small mom-and-pop operations to large corporate travel centers.  The former Britten Truck Stop is just one of many along Interstate 40 or old Route 66. 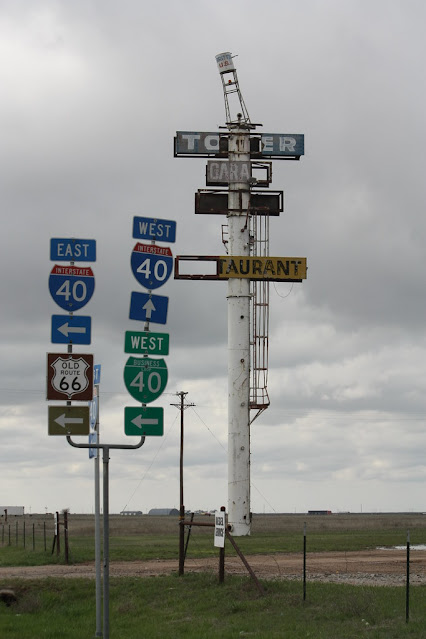 The story of the leaning water tower is that around 1980, truck stop owner Ralph Britten purchased the water tower as a water supply for his business.  When Britten realized that he did not have a need for the water tower - there was a better and simpler source - he decided to use the water tower as a way to market his truck stop.  Groom and his sons used a bulldozer to tilt the water tower 10 degrees.  Nothing structurally supports the tower, just two legs are buried in the ground.
In 1980, Interstate 40 was completed in the area and bypassed Groom. The leaning tower was an instant success and a boon to the business.  The truck stop sign had a miniature replica of the tower on top.  Sadly, in 1985, an electrical fire destroyed the truck stop, and the Britten's decided not to rebuild.  The only remains of the truck stop today are the structure of the old highway sign, a small truck service shop on the old grounds, and of course, the leaning tower - which remains a popular roadside photo attraction to this day.