By Challenger Tom May 11, 2018
Washington State Route 599 is a 1.75 mile freeway entirely contained within the City of Tukwila located in King County.  WA 599 is a north/south route connecting I-5 to WA 99 and is former alignment of US Route 99. 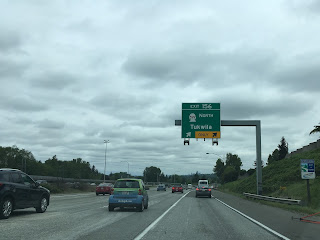 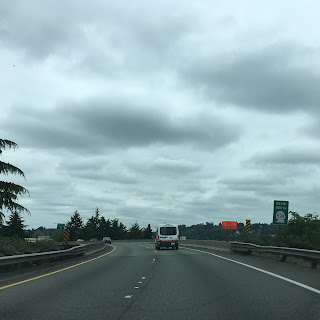 The Light Rail from SeaTac International Airport crosses above WA 599 near Marginal Way. 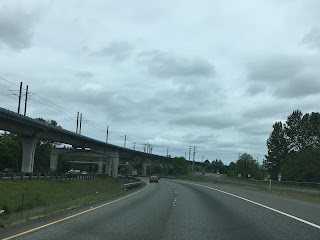 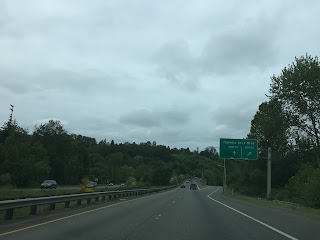 North of Tukwila International Boulevard the route becomes WA 99 and WA 599 ends.  There is a much better sign assembly explaining the change south of this one but I wasn't expecting it and missed the photo. 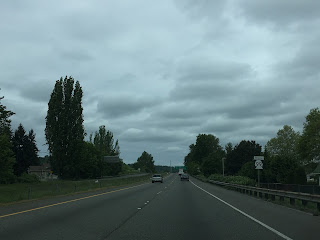 Interestingly there is a gap in WA 99 from WA 518 north to the terminus of WA 599 which is spanned but Tukwila International Boulevard.   The routing of what is now WA 599 was constructed in the late 1950s and was part of Primary State Highway 1 WM (West Marginal).  When the route was completed US 99 switched alignments apparently onto a multiplex of I-5 and may have been once been signed as US 99T.  The route has been designated at WA 599 since 1971.  This older map of the state highway system from 1956 shows how US 99 used to flow through from Tacoma through Seattle before the construction of I-5.