By Challenger Tom May 12, 2018
In between all the road stuff I crammed into the most recent trip in Washington I did have a minute or two to take advantage of the clear weather to take a couple photos of Mount Rainer.  Specifically I had some clear views of Rainier from Gig Harbor and Dyes Inlet in Silverdale.

Gig Harbor was discovered by American Naval Officer Charles Wilkes during a heavy storm in Puget Sound in 1840.  Gig Harbor is a sheltered bay immediately north of the Tacoma Narrows and is the location of a community of the same name.  The City of Gig Harbor was first plotted out in the late 1880s but was incorporated in 1946.  Gig Harbor gradually became a suburb of Tacoma following the completion of the second Tacoma Narrows Bridge in 1950. 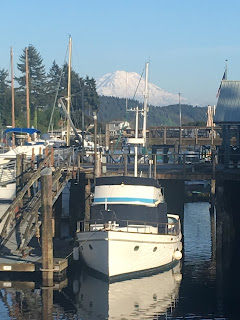 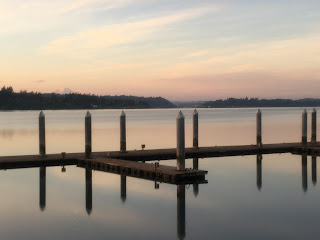