By Challenger Tom May 30, 2018
After returning from Mount Rainier I went to downtown Seattle to check out some of the more notable streets.  Probably the most well known street in Seattle is Pike Place which is the location of the Pike Place Market.  Pike Place Market is roughly located at the intersection of Pike Street and Pike Place. 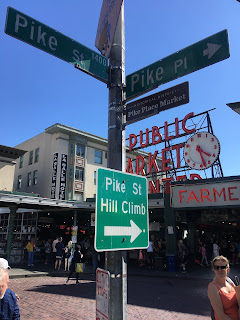 The street Pike Place was originally built as a planked road above Western Avenue on Denny Hill.  The planked Pike Place can be seen in it's original form on this photo below.

I believe Pike Place was present in the late 1890s but I can't find a definitive date of construction. Denny Hill was regraded in 1906-1907 which allowed room for the Pike Place Market to be built.  For comparison sake on the photo above the dirt street on the hill on the left is Stewart Street.  This is the view from Stewart Street facing out to where the photo above was taken. 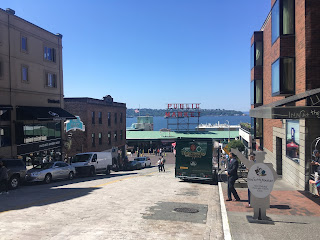 Before the creation of the Pike Place Market local farmers in Seattle sold their good through commercial wholesalers at a location known as "The Lots" which was located at 6th Avenue and King Street.  The Lots forced local sellers to pay a high commission for goods which eventually led for a push for a Public Market to be constructed.  Pike Place was designated as the location of a Public Market by the City of Seattle in 1907 which in turn opened in August the same year. 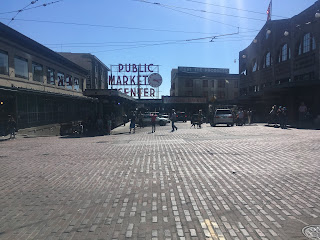 Pike Place Market was supposed to be a temporary market place but it quickly became popular and the location never shifted.  The closest the Pike Place Market ever came to shuttering was in the 1960s when the City of Seattle proposed redevelopment which was highly opposed by public opinion.  Pike Place is still paved in bricks and is generally a sea of chaos between all the small shops, vendors, cars and foot traffic. 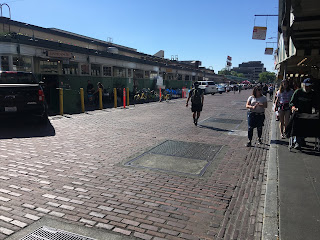 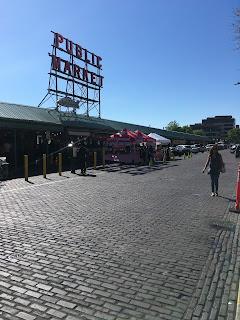 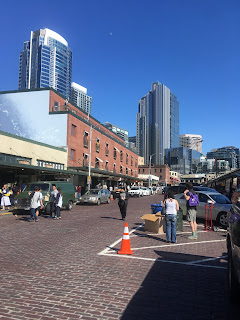 Parking on Pike Place is an absolute nightmare it seems for everyone, even delivery drivers. 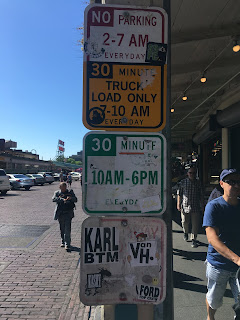 The inside the buildings in the Pike Place Market resemble street level scenes from the original Blade Runner. 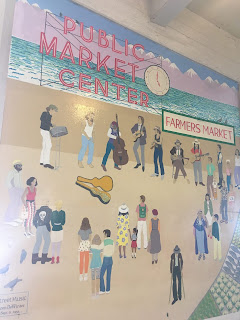 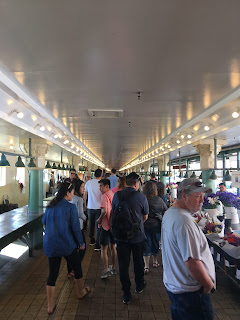 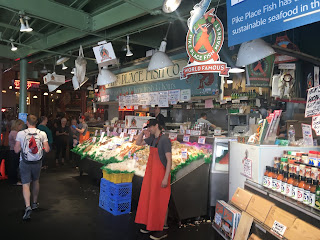 The Pike Place Market even bleeds over into nearby Post Alley. 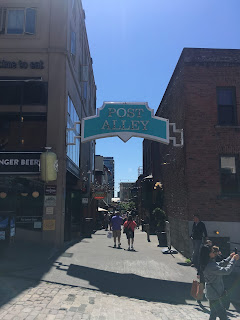 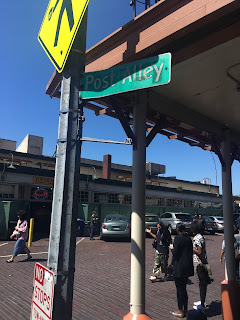 Update:  I found this 1904 map of the Seattle business district, the map does not show Pikes Place present at the time.  I suspect all that was present at most was a planked alley or walkway.