By Challenger Tom April 02, 2020
In this edition of Paper Highways we examine US Route 280 and US Route 380 within Arizona.  Both US 280 and US 380 were planned highways in Arizona that were ultimately consolidated into what became the southern leg of US Route 89. 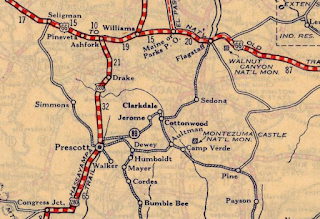 Report of Joint Board of Interstate Highways; October 30th 1925

US 280 and US 380 appear to have survived to the final stages of the stages of what became the US Route System or may have even been part of it.  To that end there is no known copy of the final US Routes which were approved in November 1926.  US 280 and US 380 make an appearance on the 1927 Rand McNally Highway Map of Arizona. 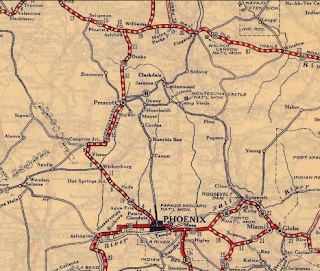 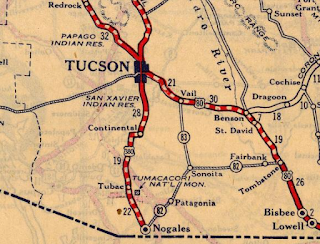 Interestingly the Arizona State Route System was initially based off giving sequential numbers to the State Highways that matched the original US Route System.  In the first draft of the Arizona State Highway System the Apache Trail was planned as AZ 66 but was changed to AZ 88 when US 60 became US 66.  Curiously though one of the original planned State Highways was AZ 89 which originated in Prescott and tracked northeast to Jerome.  AZ 89 terminated in Jerome but was planned to reach Flagstaff.  At the time the route from Prescott to Jerome was a well established highway which was well traveled due to the massive mining interests in Jerome.  It would seem that Arizona had it's eyes set on extending US 89 to Prescott whenever a quality road from Jerome to Flagstaff could be built.  AZ 89 can be also be seen on the 1927 Rand McNally Highway Map of Arizona/New Mexico.

It appears that the State of Arizona was able to convince the AASHO early in the early days of the US Route System that US 89 was a far more important route designation than US 280 and US 380.  US 89 appears aligned all the way south to the Mexican Border in Nogales on the 1927 National Map Company Regional Highway Map. 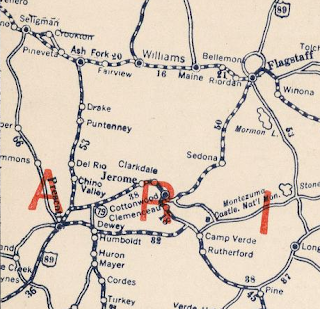 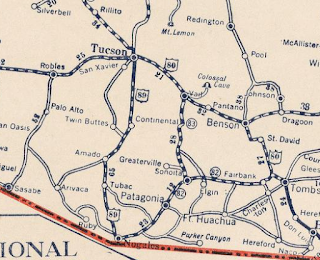 It appears that US 280 and US 380 were never field signed in Arizona.  AZ 89 was quickly re-designated as AZ 79 and was built to State Highway standards all the way to Flagstaff by 1938.  AZ 79 eventually would become US 89A in 1941 which fulfilled the push to get a US Route to Prescott by way of the mines of Jerome.  US 280 was ultimately recycled in 1931 into a new highway between Savannah, GA and Columbus, GA.  US 380 was recycled in 1932 as a new highway San Antonio, NM and Albany, TX.

James Cowlin said…
Thank you for the information about the history of US Route 89 in Arizona. I am aware of some of the history but not in the detail you provided. I have been working on a project to promote travel on US 89 for about 15 years. I wrote an article on what I learned about the history of 89 between Canada and Mexico for my website. Have you researched any of the other sections of the highway? The website is usroute89.com