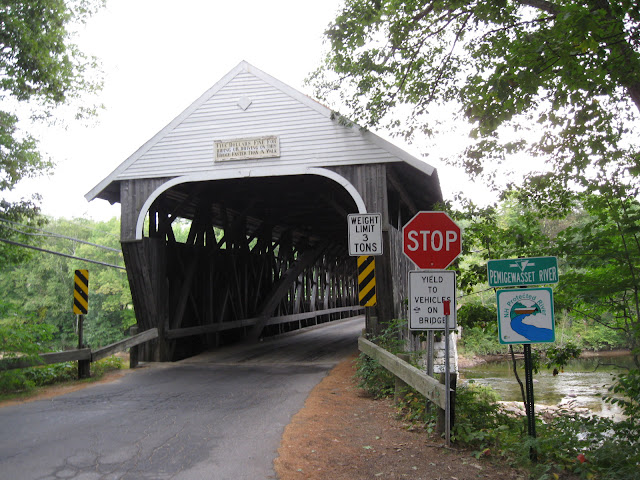 If a covered bridge could ever suffer bouts of misfortune, it is the Blair Covered Bridge in Campton, New Hampshire. Tales of arson, a horse drowning and flooding from an historic tropical storm have all left its mark on this bridge's history. But the covered bridge is peaceful and idyllic at most times, and there is even a nice farm to table restaurant at one end of the bridge. Located just off of US 3 within the scenic White Mountains region of the Granite State, the 293 foot long Blair Covered Bridge crosses over the Pemigewasset River (or Pemi, for short). The bridge was initially built by Hiram W. Merrill of nearby Plymouth, New Hampshire using a truss design patented by Colonel Stephen Harriman Long. This design is New Hampshire's only surviving example of Long's design to retain wedges at the lower chords at which the trusses were pre-stressed during construction, which stiffened the bridge against the weight of traffic. The Blair Covered Bridge is also listed in the World Guide of Covered Bridges and is eligible for listing on the National Register of Historic Places.

The first edition of this bridge over the Pemigewasset River was built in 1829 at the cost of $1,000. The original bridge across the river was burned down in 1868 by Lem Parker. There were no witnesses, so he was never convicted of arson, even though he confessed in court during his trial that "God told him to do it."

The construction of the current covered bridge was brought about when a doctor trying to ford the river on horseback in this now bridge-less locale found the current too strong. Unfortunately, the horse drowned, but the doctor was saved. As a result, the town of Campton voted to build a bridge immediately, and in 1869, the new bridge over the Pemi was built. A sign was posted on the bridge indicating there was a fine of five dollars for riding or driving on the bridge faster than five miles per hour.

The bridge was rebuilt by Milton Graton and his son Arnold in 1977 at a cost of $59,379. The town of Campton and the State of New Hampshire shared the cost of the repair. In August 2011, disaster and misfortune struck the Blair Covered Bridge again. The recipe for this disaster was due to Tropical Storm Irene, as the bridge was impaled with a big tree branch through its center. The storm did a lot of damage both there and at the neighboring Country Cow Restaurant, which is now the Covered Bridge Farm Table. The Covered Bridge Farm Table was featured in a 2014 episode of the Food Network series Restaurant Impossible. But back to the bridge, there had also been other storms and car crashes in the bridge that had led the town to consult with an engineer who recommended a major restoration. The State of New Hampshire favored a metal bridge to be erected in its place, but the town of Campton insisted on a wooden covered bridge. Arnold M. Graton & Associates was brought in to renovate and reconstruct the bridge, with the cost of the project was about $2.5 million of which the Town of Campton, which owns the structure, paid $200,000.

I had visited the Blair Covered Bridge in September 2009 and again in June 2018. The following are pictures that I took in 2009. The bridge could have used a little touch-up in 2009. 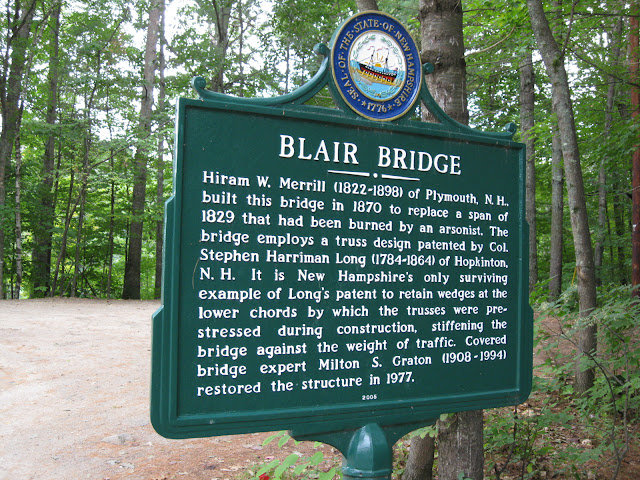 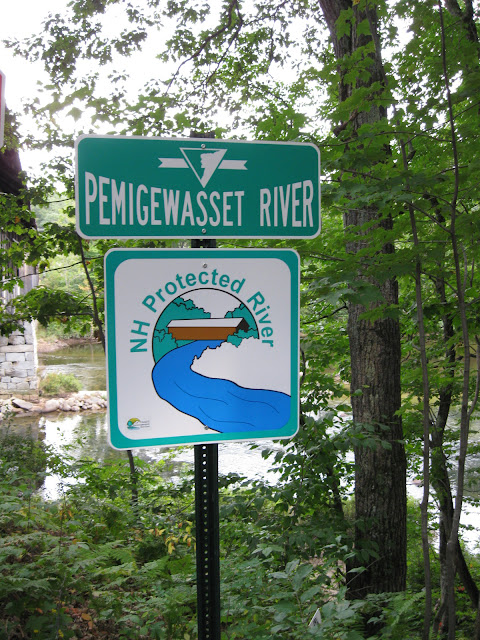 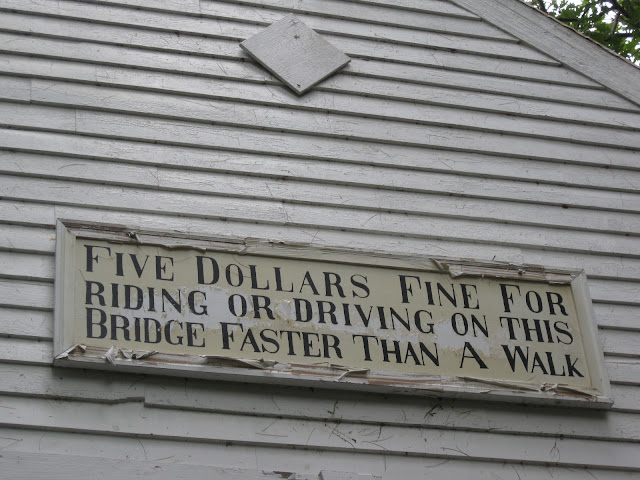 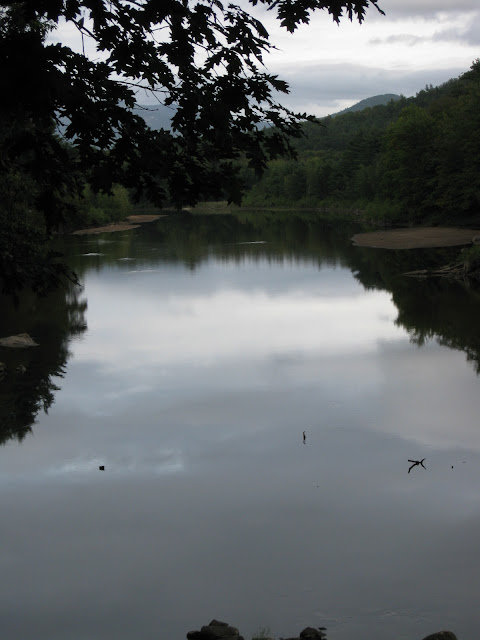 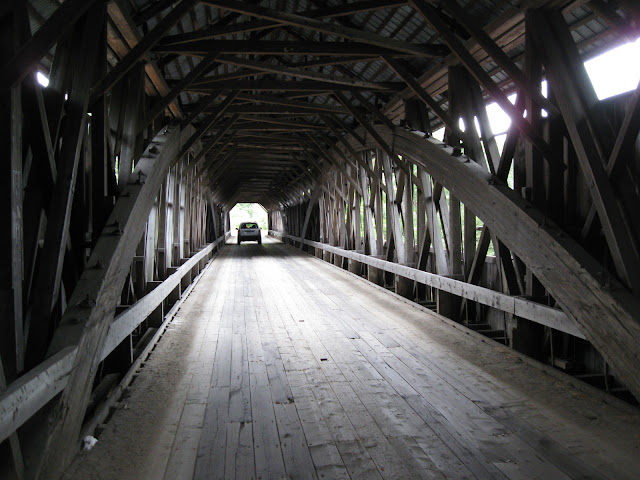 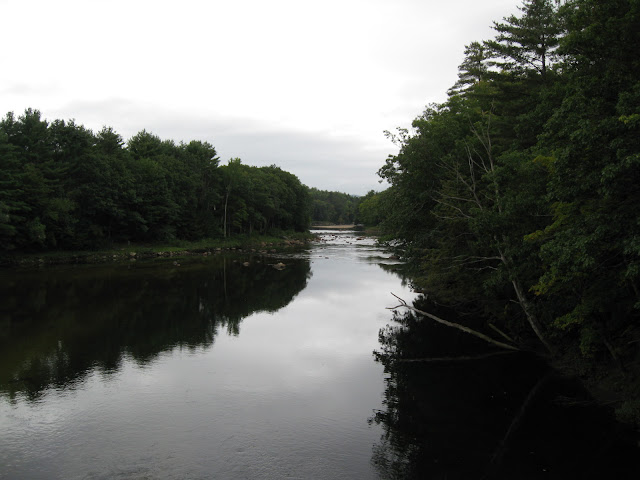 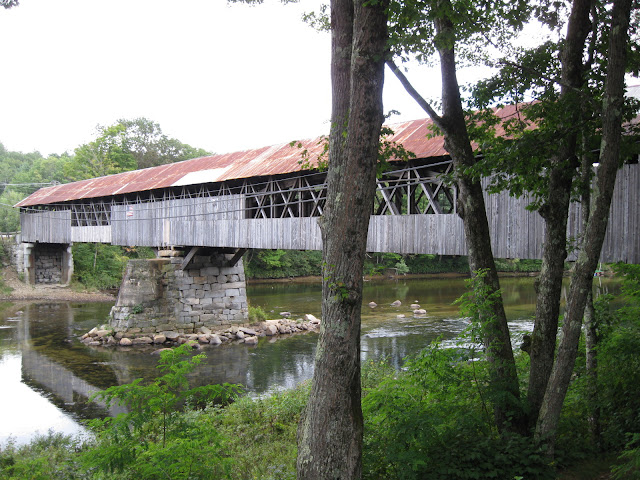 I revisited the bridge in June 2018, after renovations took place. 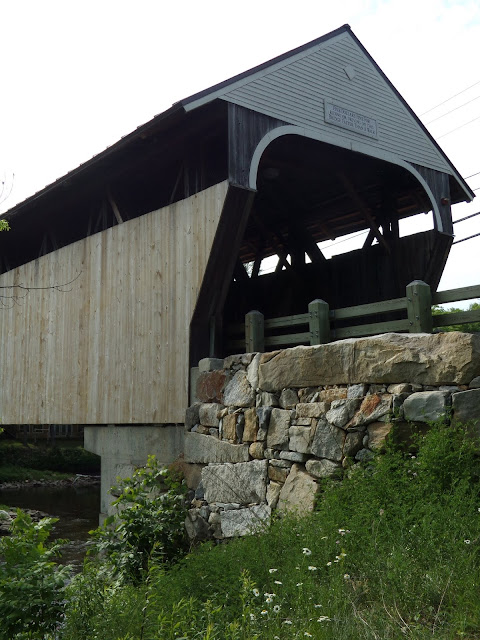 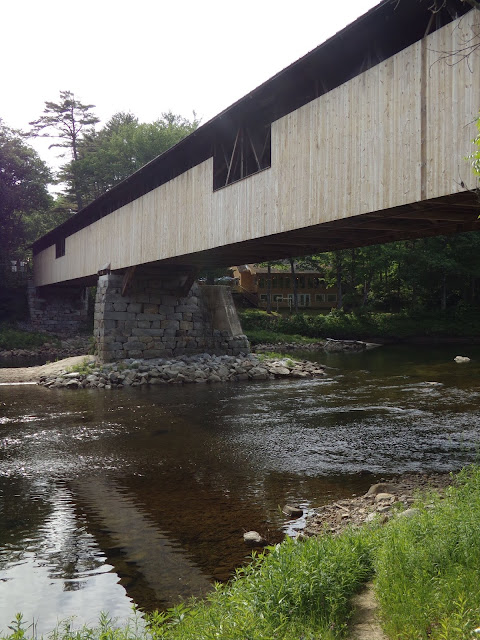