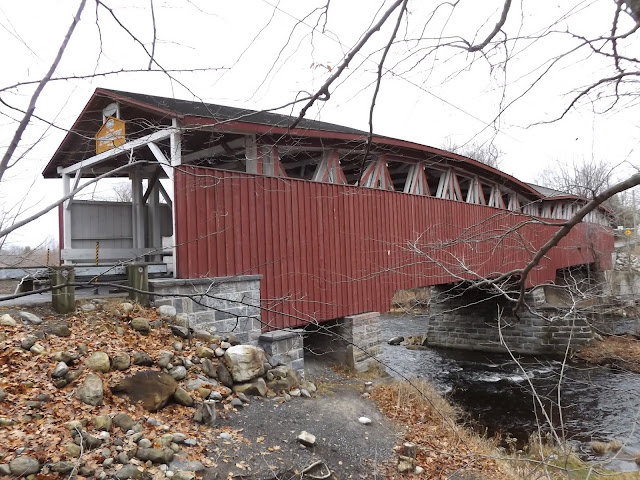 In this southwestern corner of Quebec between the border with New York and the St. Lawrence River, you will find an unique blend of French and English heritage. English Loyalists settled there after the Revolutionary War and some French Canadians decided to settle across the border in New York to farm. If you look at a map, you will find names like Huntingdon, Elgin, Hinchinbrooke and Hemmingford among the towns that dot this part of Quebec. As for nearby Powerscourt, it was once a much busier place, but today, there are just a few houses, a church building and a sturdy reminder of this region's past, present and future, the Powerscourt Covered Bridge.