By Challenger Tom March 06, 2019
While in the Southern Santa Cruz Mountains I encountered oddly named mountain road known as the Ice Cream Grade. 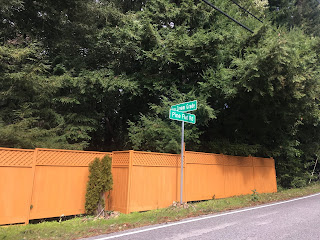 The Ice Cream Grade is an approximately 2.7 mile roadway in Santa Cruz County connecting Pine Flat Road eastward to Empire Grade/Felton-Empire Road.  The origin of the name "Ice Cream Grade" may have been due to ice cream socials being used to fund the roadway.  Apparently the Ice Cream Grade appeared as presently named in 1899 in public documents .

The Ice Cream Grade does appears as an unmarked roadway between Pine Flat Road the Empire Grade on the 1935 California Divisions of Highways Map of Santa Cruz County. 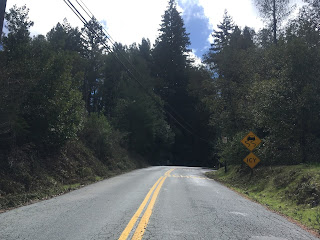 Commercial loads over 10,000 pounds are prohibited on Ice Cream Grade. 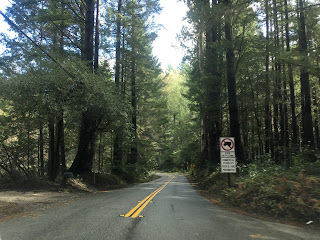 The alignment of the Ice Cream Grade is very haggard and alternates between two-lane to one-lane.  The Ice Cream Grade crosses Laguna Creek about mid-way between Pine Flat Road and Empire Grade before climbing a large hill. 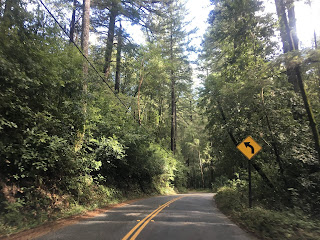 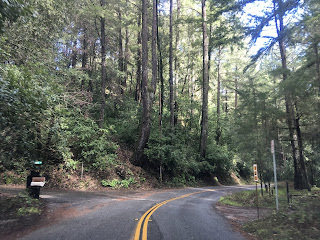 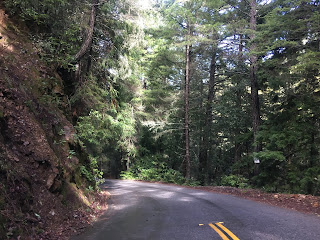 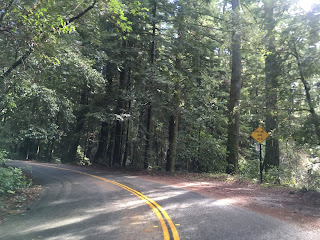 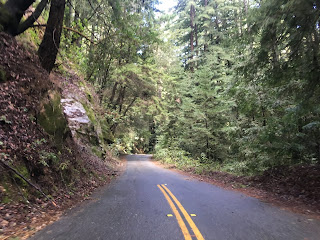 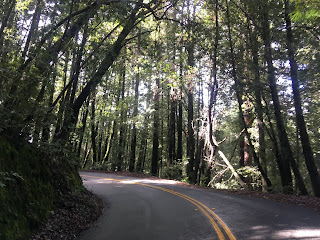 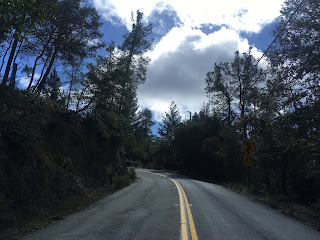 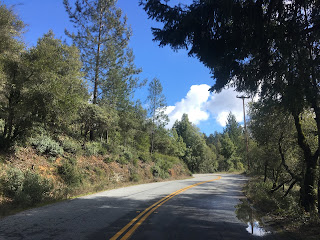 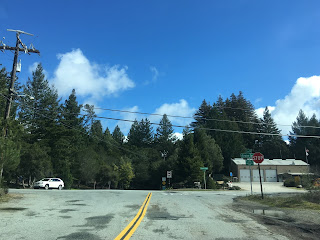 I'm honestly surprised that the street blades are so large and displayed so prominently on both ends of the Ice Cream Grade.  The unique name would tend make me think they are the target of signage theft.  The remote terrain probably deters most would be thieves. 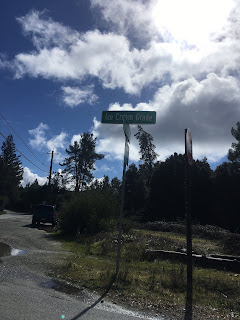