By Challenger Tom June 14, 2018
Back in 2012 I was out in Northern Arizona finishing up some loose ends in the Arizona state highway system.  On my short list was routes I needed to finish was US Route 89 which required crossing Glen Canyon Dam. 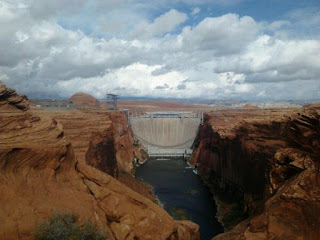 Glen Canyon is a 710 (only slightly shorter than Hoover Dam) foot talk concrete arch-gravity dam near the town of Page which was built along the Colorado River between 1956 and 1966.  Glen Canyon Dam forms the large reservoir known as Lake Powell which has the second largest storage capacity in the United States only behind Lake Mead.  Lake Powell became part of the Lake Mead National Recreation Area when it was created in 1972.

At the beginning of the Glen Canyon Dam construction project the area around Glen Canyon was uninhabited.  US 89 at the time to the south over the Navajo Bridge near Marble Canyon.  The Arizona Highway System in 1956 can be seen on this map. 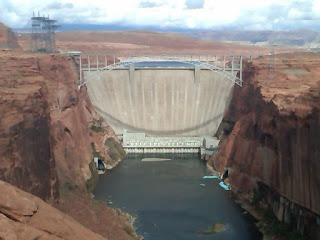 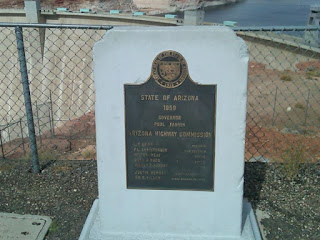 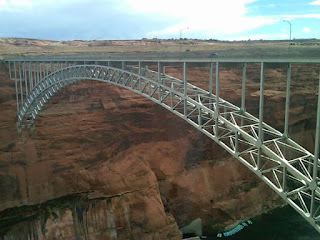