By Challenger Tom November 17, 2017
Last month when I was exploring the administrative portion of the former Fort Ord I missed an entire abandoned barracks annex along 2nd Avenue from Imjim Parkway south to Lightfighter Avenue.  Surprisingly the area lies out of the corporate limit for the city of Seaside and literally could be driven up to with no obstructions in many instances.  I mainly explored the barracks buildings along 13th Street which have been abandoned since at least 1994. 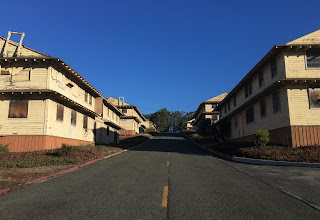 Apparently some of the barracks buildings are occupied by some sort of construction academy and several have been restored.  The weird to me is that somehow vandals really haven't gotten to many of the buildings despite the open access. 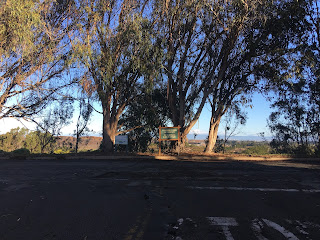 Literally it is just rows of abandoned barracks along 13th Street overlooking a modern shopping center. 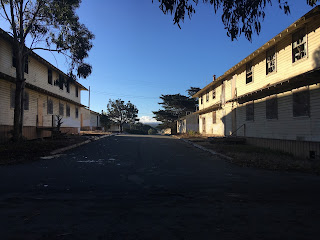 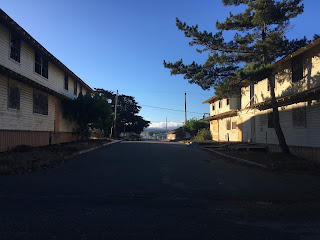 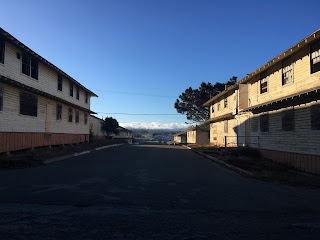 The asphalt and surfaces aren't so well maintained in some areas.  You'd think you might be able to drive down this street until you realize that you can't. 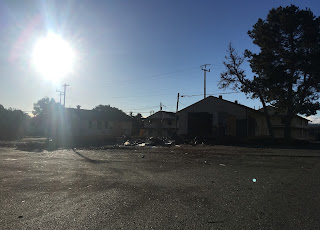 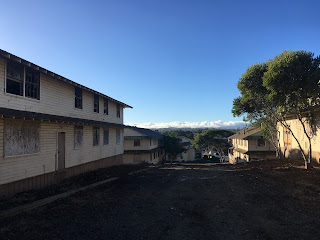 I'm fairly certain this is an old base chapel building. 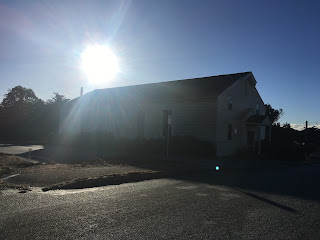 Previously this year I've explored other parts of Fort Ord twice.  As stated above I checked out the abandoned administrative portion of the former base in October but I also hiked some of the garrison area that was turned into a National Monument in January.