Kingston, California and the Kingston Grade; ghost town on the Kings River

By Challenger Tom November 02, 2017
In the western outskirts of the village of Laton along Mount Whitney Avenue is a street blade indicating the presence a narrow one-lane street known as the "Old Kingston Grade." 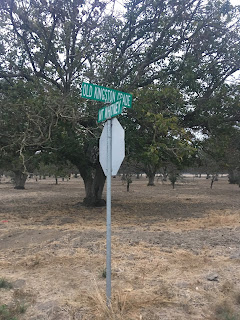 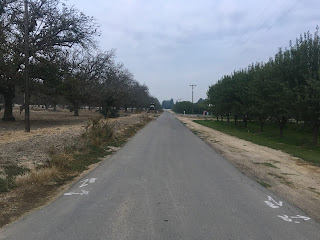 When Kingston was settled by 1856 it was the only true civilization between Millerton to the north on the San Joaquin River and Visalia to the southeast.  This map from 1865 map of the western United States shows Kingston along the Stockton-Los Angeles Road.

1865 Map of the Western United States

Kingston was picked as a location along the Butterfield Overland Mail Route in 1858.  Despite the ferry operating under a Tulare County license it was discovered in a survey in late 1859 that Kingston was in fact in Fresno County.  Kingston was By 1873 the first bridge was built along what is now the Old Kingston Grade.  Kingston was the site of a large raid the same year and gradually fell into decline when the Santa Fe Railroad bypassed it to east along the Kings River.   By 1890 postal service was moved from Kingston north across the Kings River to Lissis and the final building from the town was gone by the 1930s.  At some point likely in the 1880s or 1890s the original Kingston Bridge had been replaced by a steel truss that no longer exists.

This Fresno County map from 1891 shows the Old Kingston Grade still in use:

With a street map of Kingston.

Oddly civilization really never left the Kingston area, it just moved closer to the railroad.  By the first decade of the 20th century postal service was moved from Lissis  to Laton which was located on the Santa Fe Railroad line which had bypassed Kingston.  Although rail service no longer stops in Laton the trains still pass through along Fowler Avenue. 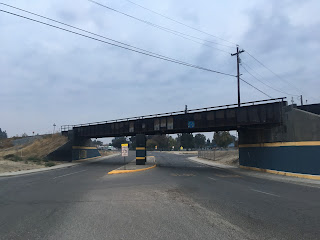 Fowler Avenue even series of old culverts between Laton north to Fowler such as this one immediately north of downtown Laton.  Fresno County built much of their culverts over the local canals in the late 1940s. 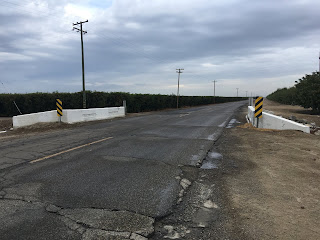 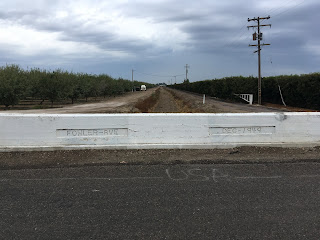 There are various old structures still present in Laton on De Woody Street. 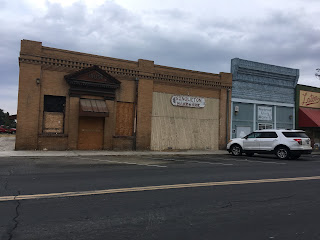 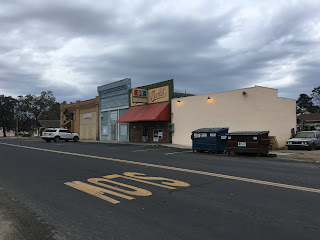 Today the crossing the Kings River is on Fowler Avenue as it leaves Fresno County southbound entering Kings County as 12th 3/4 Avenue.  The Kingston Bridge and Old Kingston Grade are about half a mile to the west of the current bridge. 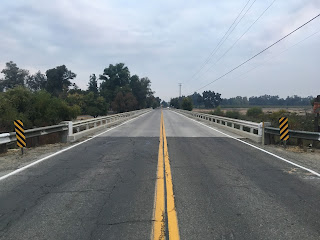 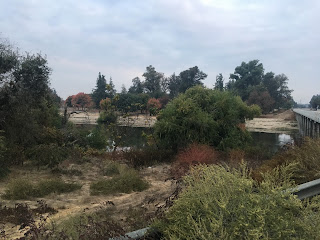 I'm not sure when the current bridge was built but there has been a road crossing at the location at least since 1935 as it can be seen under Kings County Maintenance of a California Divisions Highway Map.

On the Kings County side the Kingston Bridge would have crossed roughly where the location of this sign is along Douglas Avenue. 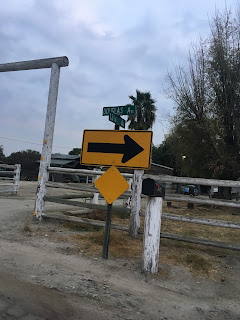 Both Kings and Fresno Counties have parks along the Kings River but both are shut down.  The Kings County side supposedly was closed due to budget cuts and the Fresno County side is supposed to open next March. 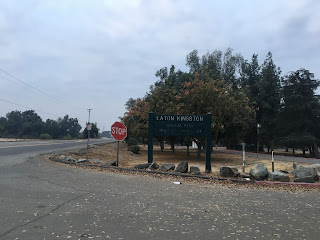 There was a historic marker on the Kings County side which was behind a fence I couldn't access. 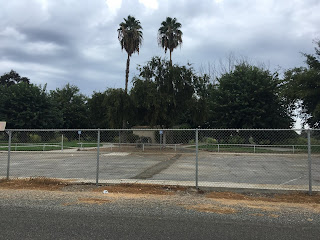 Supposedly there are remains of both iterations of the Kingston Bridge that can be found when the Kings River is dry.  The following link from the Fresno Bee details the history of Kingston and photos of the ruins of the bridge pilings.

The following links offer some additional insight to the history of both Kingston and Laton.