By Challenger Tom November 30, 2017
Back in 2011 and 2012 I was frequently in the Arizona Rim Country for work in Show Low.  Given that a huge expressway expansion of Arizona State Route 260 was going on at the time I often found myself on US Route 60/Arizona State Route 77 to get to/from Show Low from the Phoenix Metro area. 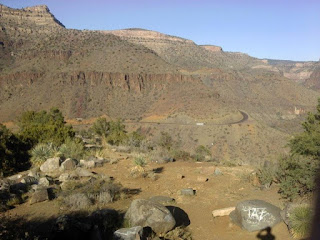 Salt River Canyon is an approximately 2,200 foot deep gorge bisected by a river bearing the same name in rural Gila County.  The Salt River is a 200 mile tributary of the Gila River which has a source to the east of Salt River Canyon in the White Mountains.  Salt River is probably the most well known of the rivers in the Phoenix Metro Area from all the reservoir lakes from Salt River Project along the Apache Trail/AZ 88.

Prior to US 60 entering Arizona traffic from the Show Low area would have had to use AZ 73 to get out of the eastern Mogollon Rim Country.  AZ 73 was one of the original 1927 State Highway in Arizona and was far longer in length stretching from Springerville to the original alignment of US 70 (modern US 60) south all the way through the San Carlos Reservation to the village of San Carlos at the original US 180 (later US 70 and former AZ 170).  The original alignment of AZ 73 can be seen on the 1927 state highway map.

By 1932 US 60 had been extended to Los Angeles and thus entered Arizona for the first time.  US 60 used a huge temporary routing from the New Mexico State line which included a multiplex of AZ 73 while the planned roadway through Salt River Canyon was completed.  Said alignment of US 60T can be observed multiplexing AZ 73 on the 1935 Arizona State Highway Map.

By 1938 the new Salt River Canyon alignment of US 60 was completed and the route was shifted off of AZ 73.  AZ 77 was created possibly at the same time US 60 was shifted to into Salt River Canyon and multiplexed it between Show Low to Globe.  AZ 73 was truncated to Fort Apache while the rest of the route became largely modern BIA Route 9 south to San Carlos.   These changes can be seen on the 1938 State Highway Map.

So essentially US 60 and AZ 77 from Globe to Show Low have basically had the same alignment since the late 1930s.  I'm not sure what the logic was in routing US 60 through Salt River Canyon other than the terrain in the San Carlos Reservation may have been unworkable to upgrade to a major US Route via AZ 73.  That all said, the route US 60 took from Springerville to Show Low was also a new construction.  The new highway to Show Low traversed much easier terrain than AZ 73 from Springerville to the White Mountain Apache Reservation.

Either way the Salt River Canyon is a blast to drive through if you can manage not to get stuck behind a trucker.  US 60/AZ 77 even to this very day still carries a large amount of truck traffic since the route serves as a direct routing to the mines in Globe and a solid all-year route to Phoenix from I-40. 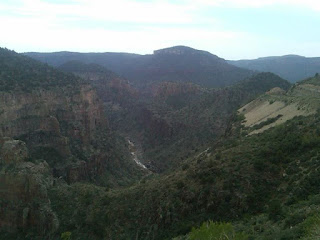 US 60/AZ 77 obviously has had some substantial upgrades to handle the truck traffic.  The hairpins are wide with huge pull-outs and passing lanes for uphill traffic are plentiful.  Really the amount of engineering that ADOT has put into making Salt River Canyon passable is pretty remarkable. 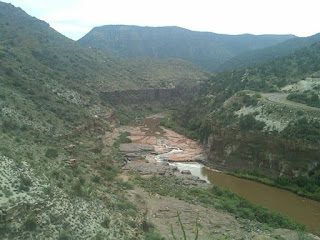 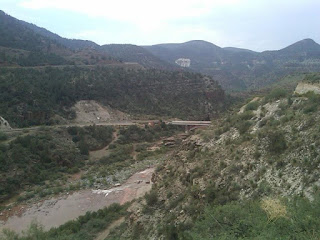 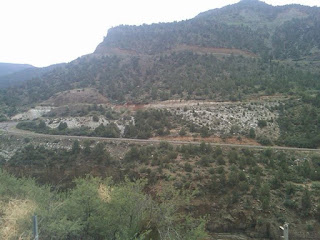 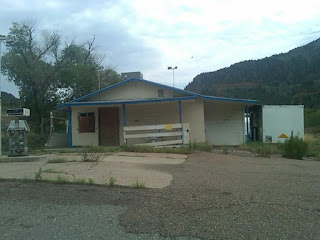 The above gas station has apparently been barricaded since I visited last back in 2012.  At the time there was an abandoned ADOT rest area on the south bank of the Salt River which has since been rebuilt.  The original Salt River Canyon bridge is accessible next to the 1993 replacement from the ADOT rest area.  At the time the older bridge wasn't accessible for pedestrians but has been since upgraded to a walking path. 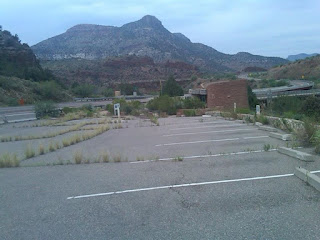 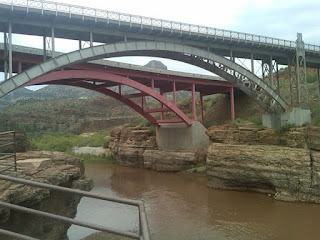 At the top of the south rim of Salt River Canyon is the ghost town of Seneca.  Apparently Seneca was a mining camp that was established on the San Carlos Reservation after the Salt River Canyon alignment of US 60/AZ 77 was built.  All that left of Seneca is some decaying prefabricated buildings rotting alongside the highway. 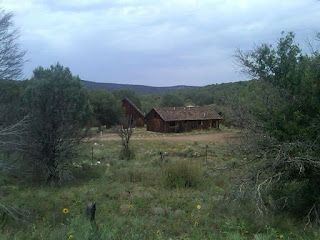 The only time I've ever seen Seneca appear on maps was in the 1950s/60s.  Interestingly on the 1956 State Map of Arizona AZ 789 can be seen routing through Salt River Canyon along with US 60/AZ 77.

AZ 789 was part of a multi-state route which included New Mexico, Colorado, Wyoming, and Montana.  My understanding is that there was a push to create a border-to-border US 789 which never was approved.  In fact the only surviving portion of the multi-state 789 route is in Wyoming.  I don't know exactly when AZ 789 was removed but it appears to have been taken out of Salt River Canyon by 1961 and Arizona Roads seems to suspect it was decomissioned completely by 1965.