By Challenger Tom November 12, 2017
Heading home from San Francisco it seemed somewhat passe to take another boring slog down CA 99 to Fresno. That being the case I decided on something I've been looking which proved to be far more entertaining; hunting down the location of Firebaugh's Ferry.  After getting over Pacheco Pass via CA 152 I took a southward turn on I-5 to Nees Avenue towards Firebaugh.  Firebaugh is a small city located in Fresno County along CA 33 on the western bank of the San Joaquin River.  The area was settled during the California Gold Rush with creation of Firebaugh's Ferry in 1854. 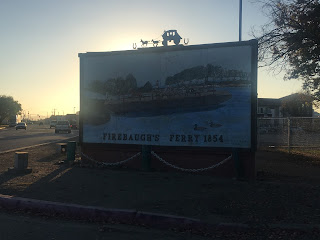 Firebaugh's Ferry was opened by Andrew Firebaugh who was a somewhat notable historical figure during the California Gold Rush.  Firebaugh was also the builder of the first toll road over Pacheco Pass which is followed roughly by modern California State Route 152.  Both Firebaugh's Ferry and the Pacheco Pass Toll Road were part of the Butterfield Overland Mail Route between St. Louis and San Francisco which operated from 1858 to 1861. 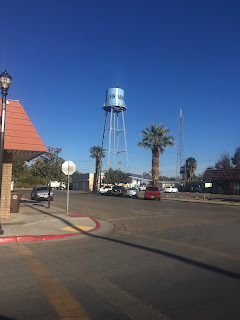 South of the 13th Street Bridge there is a plaque about Firebaugh's Ferry and Andrew Firebaugh located in Firebaugh City Park. 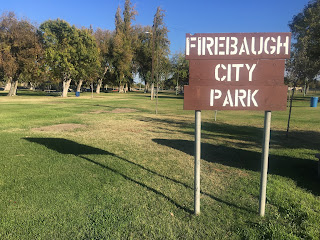 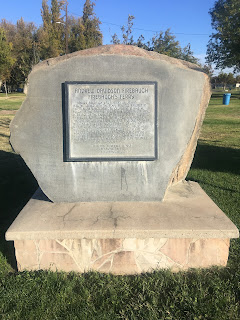 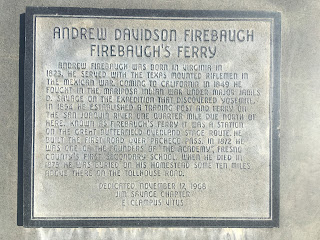 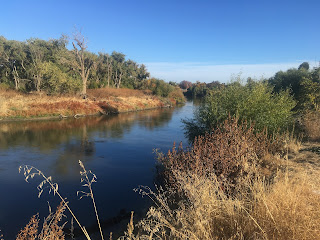 Firebaugh's Ferry was replaced by the 1885 Firebaugh Drawbridge which used to be located on 12th Street.  1885 Firebaugh Drawbridge was replaced in 1948 but the ruins of the structure are still present on the west river bank.  Firebaugh as a settlement was large enough to warrant a permanent Post Office by 1865 and was incorporated into a city by 1914.  A map of Fresno County in 1891 shows an apparent bridge over the San Joaquin River in Firebaugh.

A clear road over the San Joaquin River in Firebaugh without a ferry is shown on a 1896 map of California.

Andrew Firebaugh was part of the 1851 battle in the Mariposa War which led to the first European discovery of Yosemite Valley.  Apparently Andrew Firebaugh had some hand in founding Academy the first secondary school along modern CA 168 in eastern Fresno County in 1872.  Given that the Firebaugh was buried on Tollhouse Road I would speculate that he had something to do with the lumber routes that eventually became CA 168 as well.

After visiting the city and trying to track down the ferry location it was a short ride to the east on CA 180 back to Fresno.  Suffice to say the two day weekend trip to the Bay Area was a packed one, usually I try to space things out a little but it was a long overdue road trip.