By Challenger Tom November 09, 2017
This throwback Thursday I'm looking back at Arizona State Route 87 which I used to drive two or three times a week for a time in 2011 to 2012. 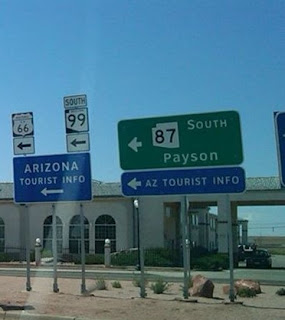 AZ 87 is a 282 mile state highway running from I-10 in the Sonoran desert near Picacho north to AZ 264 on the Colorado Plateau in the Hopi nation near Second Mesa.  AZ 87 is one of the original Arizona state highways dating back to 1927 but was significantly smaller.  Originally AZ 87 ended at US 80 in Mesa and took a southward routing to Casa Grande where it ended at AZ 84.

I'm unsure of the exact dates due to the lack of map references I have for Arizona compared to California but sometime between in the late 1950s it seems AZ 87 was extended to Payson.  AZ 87 still terminates in Mesa in 1956 but is extended northward by 1961.

By 1961 the section of modern AZ 87 north of Payson to the border of the Navajo Nation was signed as AZ 65.

As I stated above AZ 87 used to be a frequent drive for me.  I was generally traveling on the Beeline Highway portion through the Mazatzal Mountains from Fountain Hills north Payson.  Generally from there I would take AZ 260 east towards Show Low and a job site.

The Beeline Highway section of AZ 87 in my opinion is one of the most scenic highways in all of Arizona and probably one of the best expressway drives anywhere in the county. All of the Beeline Highway was upgraded to four lanes around the turn of the century.  The route can be pretty wild since it gains from about 1,900 feet above sea level to about 4,900 feet in Payson.  Much of my time was focused on getting around the flank of the 7,128 feet tall Mount Ord located near Sun Flower.  I took this picture while traffic was stopped due to a late summer brush fire in 2011. 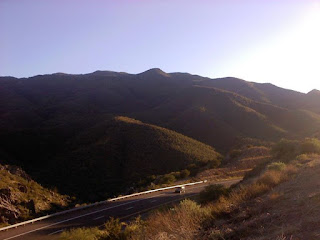 Mount Ord presented a challenge to traffic especially in the winter due to the fast elevation change often changing rain to snow and back within a mile or two.  In late 2011 I actually watched five vehicles crash at the foot of Mount Ord including a truck jack knife while heading southbound.  Incidentally it may have been one of the best weather calls I made to bail out of a work site since I knew how bad the weather would be when snow started falling in Payson.

North of Payson is the Tonto Natural Bridge State Park which I used to frequent for hiking.  The main feature of the park is the Tonto Natural Bridge which travertine arch.  The arch is about 180 feet tall if I remember correctly.  Traditionally the park has had a lot of issues with funding but I was in the area so frequently that it didn't matter since I could access it on short term notice. 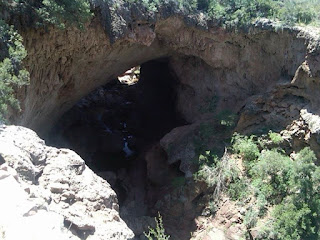 AZ 87 north of Payson ascends The Mogollon Rim to reach Winslow.  The climb up the time is near the village of Strawberry. 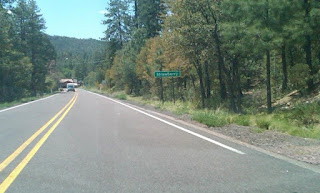 The Mogollon Rim is approximately 200 miles long stretching from Yavapai County to Western New Mexico and essentially is the southern edge of the Colorado Plateau.  The Rim generally runs from 7,000 to 8,000 in elevation overlooking the Ponderosa Pine Forests below. 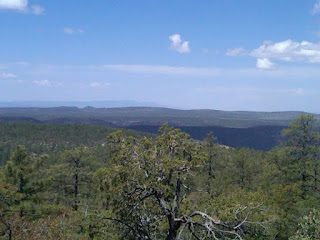 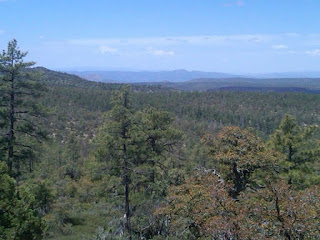 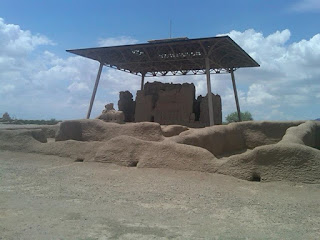 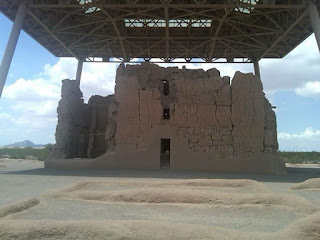 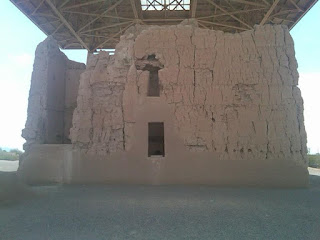 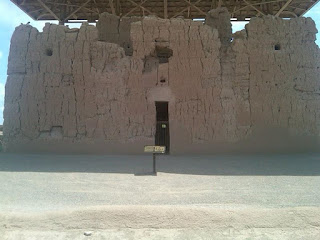 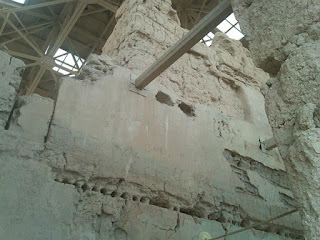 The last time I drove any part of AZ 87 was back in 2015 from Winslow to Fountain Hills.  I really would like to try to photo clinch the route if possible but 282 miles is a tall order for any highway much less one with a terminus in the Hopi Nation.