By Challenger Tom November 16, 2017
This week I look back at a section of US 70 I used to travel with great frequency for work in 2011 in 2012; the White Sands Missile Range in southern New Mexico in the Chihuahuan Desert. 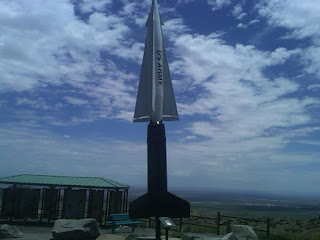 The White Sands Missile Range is a large tract of land within the Tularosa Basin which occupies parts of five counties.  The White Sands Range is the largest military base in the United States at approximately 3,200 square miles.  The Range is mostly known for being the location of the Trinity Test which was the first detonation of a nuclear device back in July of 1945.  The actual location of the Trinity Test is located in the north extent of the Range somewhat close to US 380 and San Antonio.

Travel in the White Sands Range can be difficult if you aren't aware of winter closures or missile tests.  Usually I would have to call the Missile Control phone line to find out if there were any closures along US 70, 54, and 380.  Generally US 70 was the only highway affected and was the one I traveled on the most on the way to Alamogordo and Ruidoso.  US 70 east of Las Cruces as far back as I can remember it was more or less an adhoc freeway (seriously it probably is one of the worst freeway designs I've ever come across) from I-25 to the town of Organ.  US 70 remained an expressway over Organ Pass becoming a very fast 70 MPH expressway through the White Sands Missile Range to Alamogordo.  Aside from the missiles the only other obstruction along US 70 was a Border Patrol checkpoint and Holloman Air Force Base. 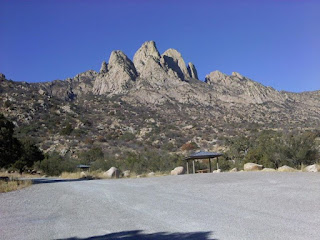 White Sands National Monument was created in 1933 but didn't receive services from the Park Service for several years.  The Monument to this very day is generally day use only and access is essentially at the whim of Missile Tests at the nearby White Sands Missile Ranges.  The gypsum actually is surprisingly nice in the summer time and made for some fun sledding trips on the way to work sites. 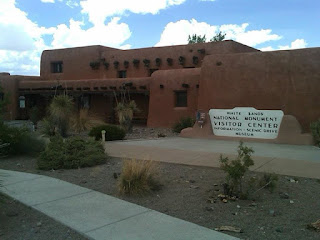 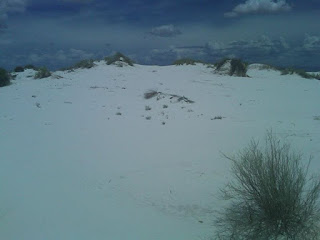 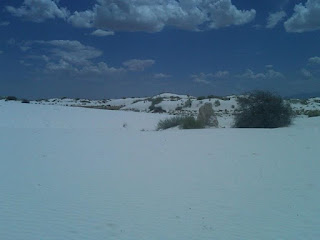 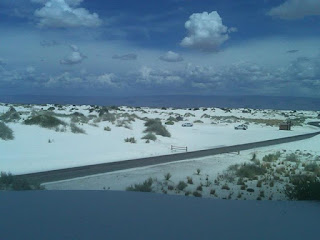 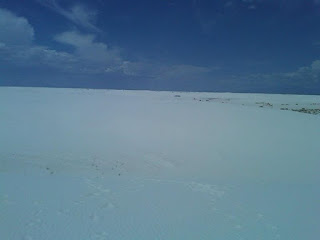