By Challenger Tom November 11, 2017
This previous week I decided it was time to get out of town to explore more of the San Francisco Bay area.  After some early morning fog along California State Route 99 I made my way west on CA 120 and I-5 to the first highlight of the trip; Interstate 205. 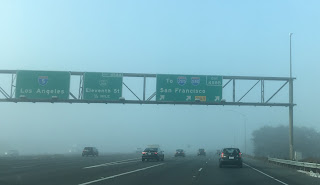 Interstate 205 is a mostly unremarkable 13 mile highway running from I-5 in San Joaquin County west to I-580 in Alameda County.  I-205 starts in San Joaquin Valley at I-5 and climbs into the Diablo Range at I-580.

The only city of significance on I-205 is Tracy. 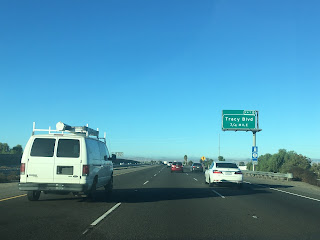 The only significant junctions on I-205 are with it's business loop and County Route J4 at Grant Line Road.  For some reason J4 was signed as J5 from I-205 in error. 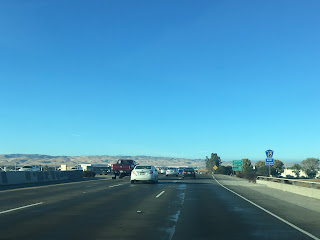 Near the western terminus I-205 enters Alameda County and crosses the California Aqueduct. 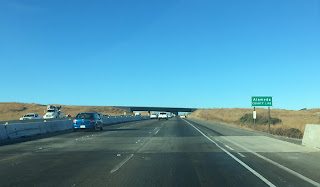 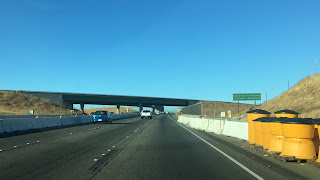 I-205 terminates at I-580 in the Diablo Foothills.  Neither Interstate has any reassurance shields which I found odd. 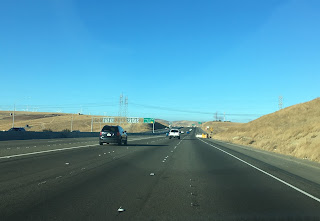 On the surface there isn't too much to I-205 but there is a hell of backstory with the alignment history.  The original alignment that became I-205 first ran on what is now the I-205 Business Loop on 11th Street which was part of the first US 48.  US 48 was one of the original US Routes and ran through Tracy until 1935 when it was replaced by an extended US 50.  The shift can be seen on the 1934 and 1936 California State Highway Maps.

US 48 was always an oddity given it was a short intrastate US Route.  The route carried an important corridor but in my opinion was much better served by US 50.  USends covers the history of US 48 on their website.