By Doug February 07, 2019
One of the more notable attractions along historic US Route 66 are the service stations that dotted the landscape along the length of the route. It may be due to the allure of the old road, or the classic roadside architecture, nostalgia for days gone by, or even the cast of characters who worked at the old service stations. Just east of Weatherford, Oklahoma in the small town of Hydro is the Provine Service Station, more famously known as Lucille's Service Station. 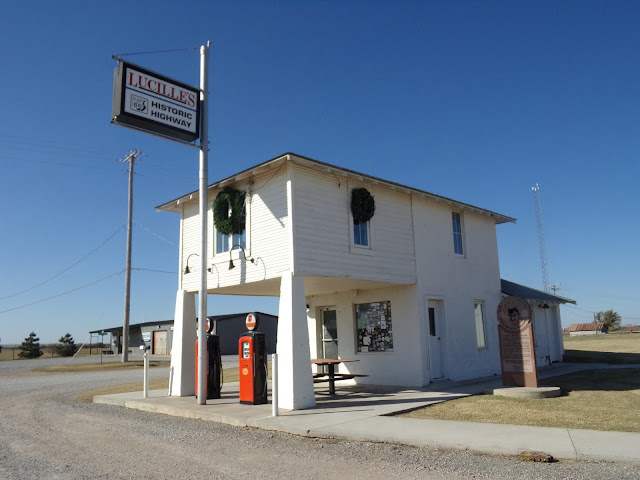 The Provine Service Station was built by Carl Ditmore in 1929 in a rural area about a 1/2 mile south of Hydro along historic US Route 66. Rural service stations like the Provine Service Station, began springing up across the country in the late 1920s in response to increasing automobile travel. The building style of these rural stations was convenient for the traveler to get gasoline, pay the attendant, and go on their merry way.  Like other rural mom and pop owned and operated service stations of the time, this one was built with the living quarters on the second story, while operating the station downstairs. The Provine Service Station was built in the Bungalow Craftsman style with an open service bay supported by tapered piers and vintage gas pumps.

The service station was renamed by Provine Station in 1934, when it was bought by W.O. and Ida Waldrop. At the time, a small motor court was also built next to the service station. In 1941, the Hamons family took over the operation of the station and Lucille Hamons ran the business for 60 years. Lucille, who quickly became known for her generosity and friendly assistance to motorists, earned the nickname "Mother of the Mother Road."

In 1971, the completion of Interstate 40 cut the service station off from direct access to the new highway, but Lucille kept the station running until the day she passed away on August 18, 2000. She had a beer coooler installed, which served the residents of nearby Weatherford, which was a dry town, along with the students of Southwest Oklahoma State University in Weatherford. While the service station is no longer in operation, the outside of the service station has been restored. Placed on the National Register of Historic Places in 1997, the service station continues to attract passer-bys, tourists and Historic US Route 66 enthusiasts from around the world. There is also a Route 66 themed restaurant in Weatherford called Lucille's Roadhouse in ode to the Mother of the Mother Road. 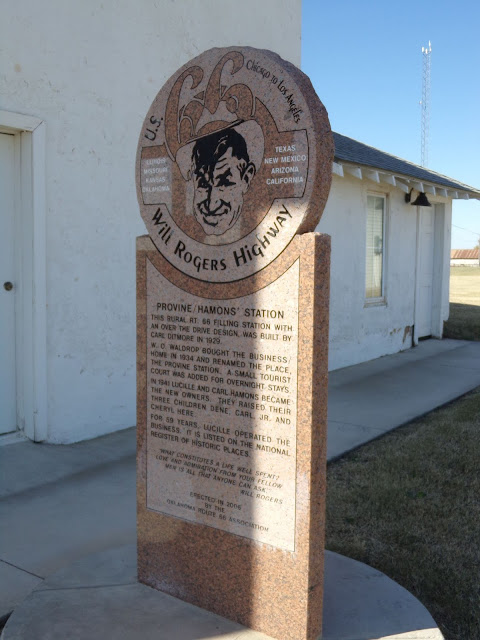