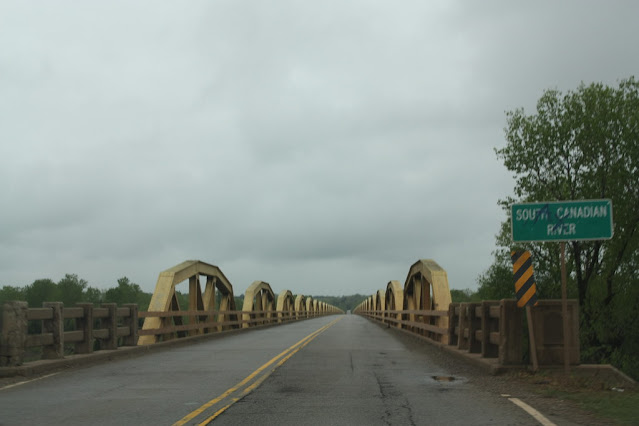 One of Oklahoma's storied bridges - the Pony Truss Bridge over the South Canadain River is a US 66 landmark.  Officially known as the William H. Murray bridge, the over 3,900-foot-long bridge consists of 38 100-foot-long Warren Trusses.
Bridge construction started in 1932 and finished in 1933.  The following year, a re-aligned US 66 was routed over the span.  The new bridge and highway alignment allowed 66 to bypass the towns of Bridgeport, Geary, and Calumet.  Before 1934, US 66 crossed the South Canadian over the "Key Bridge," a suspension bridge that carried a toll until 1930. 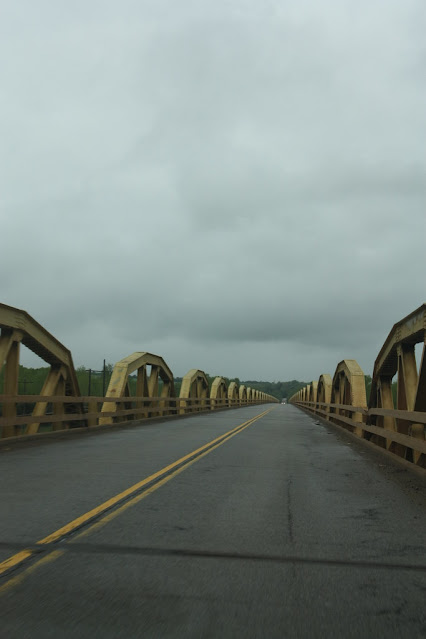 The 25-foot wide bridge carried US 66 until Interstate 40 opened to the south in the late-1950s.  Today, US 281 utilizes the Pony Bridge over the river.  In 2022, the bridge closed for a total rehabilitation project.  The bridge will be widened from 25 feet to accommodate modern traffic.  However, the distinctive trusses will be reinstalled, keeping the bridge's character.

The Pony Truss bridge is also a memorable site in John Steinbeck's novel, The Grapes of Wrath.  It was near the bridge where Grandpa Joad passed away and was then buried.  The Pony Bridge is shown in the 1940 film adaptation of the classic.