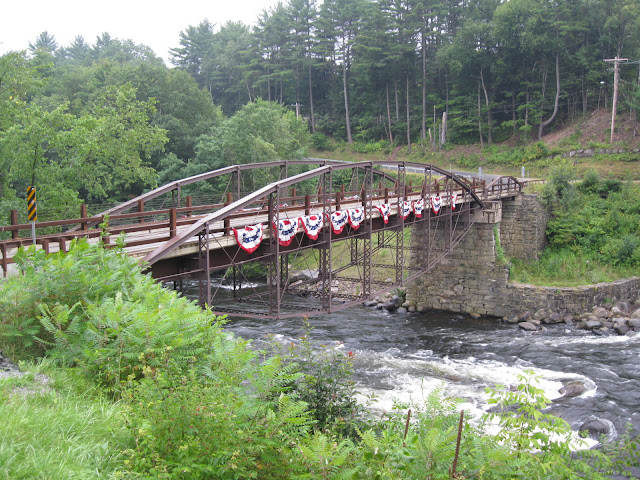 Crossing over the Sacandaga River before meeting the iconic Hudson River is the Hadley Bow Bridge in Hadley, New York. Also known as the Hadley Parabolic Bridge or Stewart's Bridge, this bridge located in the southern Adirondacks is the only half deck lenticular truss bridge remaining in the United States of America, out of the two or three ever built and was constructed in 1885 by the Berlin Iron Bridge Company of East Berlin, Connecticut.

The bridge is made of wrought iron and is connected by pins. Aside from its main span, which is unique in its own right, the approach span is noteworthy for the 3 panel design, which makes it look much more like an elliptical truss. The bridge's two spans have an overall length of 180 feet. The short span is 44 feet, 7 1/4 inches and the long span 136 feet and supports a roadway that is a little more than 17 feet in width and 45 feet above the river.

The term parabolic was used in the promotional literature of the bridge's manufacturer, which refers to the mathematical curve approximated by the chords or bows of the truss design. While the bows of the main span of the bridge are more apparent because of their size and length, the trusses of each span are of a parabolic style. Other names for this distinctive type of trust include the lenticular truss, pumpkin seed and fish belly truss. Today, the trusses themselves are only for decoration. However, the truss lines themselves maintain a level of historic integrity and convey the same appearance and arrangement as was in the original construction in 1885, allowing the experience of driving over the bridge to remain. 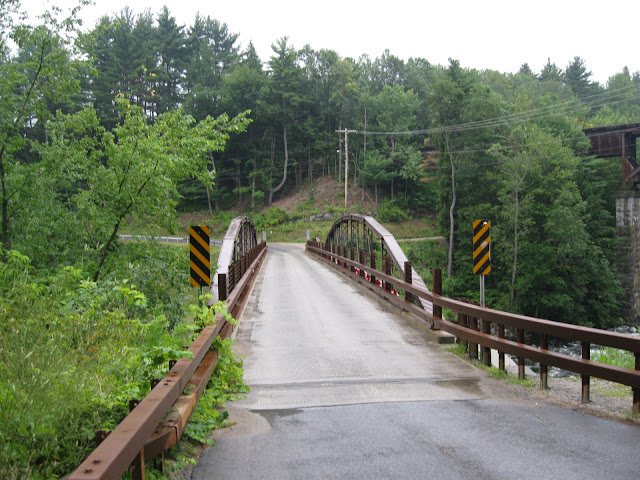 The Hadley Bow Bridge was listed on the National Historic Register of Historic Places on March 25, 1977. But by November 1983, the bridge was closed to all vehicular and pedestrian traffic due to deteriorating conditions. This had in effect divided Hadley in half. By 2000, the bridge had further deteriorated further and was scheduled to be demolished, and Saratoga County planned to dismantle the bridge. However, due to the request of several historical preservation groups and overall public support instead led to plans to rehabilitate the bridge. The bridge was renovated in 2005 and with much fanfare, the bridge reopened to the public, both for vehicles and pedestrians on August 25, 2006.