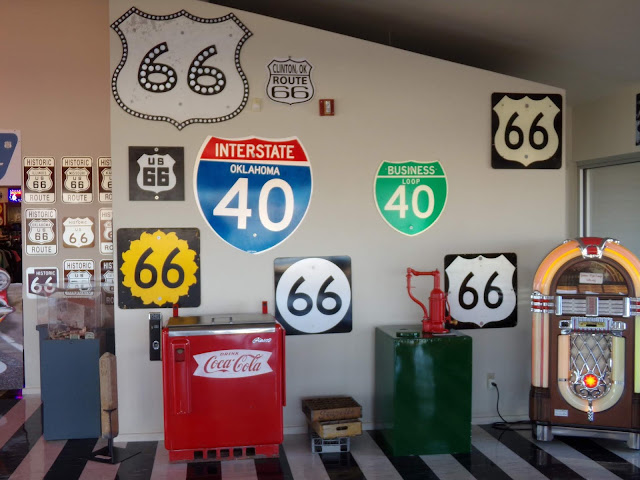 During my cross-country trip in November 2018, I spent some time following historic US Route 66, following portions of the Mother Road between Oklahoma City and Barstow, California. While I spent some time visiting some of the various sites on or around this iconic highway, I also decided that it would be appropriate to spend a little time learning about the history of Route 66 as well. So on a windy, chilly November afternoon in the prairies, I stopped at the Oklahoma Route 66 Museum in Clinton, Oklahoma, on historic US 66, not far off of I-40.

The Oklahoma Route 66 Museum is open year-round and showcases the Mother Road by bringing you the social history and an impressive amount of related artifacts of Route 66 through the decades from the early days of motoring to the modern day. You can learn what Route 66 in Oklahoma was like during periods of American history, such as the Dust Bowl era, World War II, and the 1950s. This will give you a feel of what it was like traveling Route 66 during its heyday, and what you may have seen along the way if you were driving the Mother Road. If you are looking to learn more about Route 66, there is also the National Route 66 Museum down the road in Elk City, Oklahoma, which would be worth a visit if I ever do a return trip through western Oklahoma.