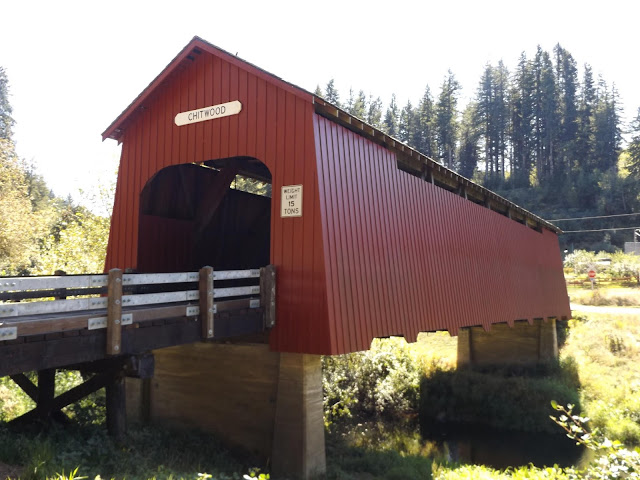 Built in 1926, the Chitwood Covered Bridge is meant to link travelers from an historic alignment of US Highway 20 to the once bustling town of Chitwood. Visible from the old main road between Corvallis and Newport, this bridge is one of the few remaining landmarks of the former Corvallis and Eastern Railroad stop.

At 96 foot long, the Chitwood Covered Bridge is actually the third bridge at this site, with the original bridge having been built in 1893 and a second bridge being built in 1904. But with the wet weather that is often seen in western Oregon, it was determined that a covered bridge would best serve the crossing over the Lower Yaquina River. The covered bridge was restored in 1984 and again in 2014. The Chitwood Covered Bridge is of a Howe Truss design, and features the barn red color, flared sides and semi-elliptical portal arches that are typical of covered bridges found in Lincoln County, Oregon. It is still passable by motorized traffic as well, serving what remains of Chitwood.

Not much goes on in Chitwood anymore. The Chitwood Covered Bridge was once surrounded by several stores, a post office, and several homes. Logging in the area once boomed enough to support not only the stores, but also the Chitwood Dance Hall. Chitwood also became an important rail stop for the steam locomotives traveling from Yaquina to Corvallis, as this was the town where the train engines took on water and fuel, as well as passengers and freight. However, time passed the town by, and after a couple of World Wars, Chitwood became a shell of its former self, with just the covered bridge and a few houses remaining today. 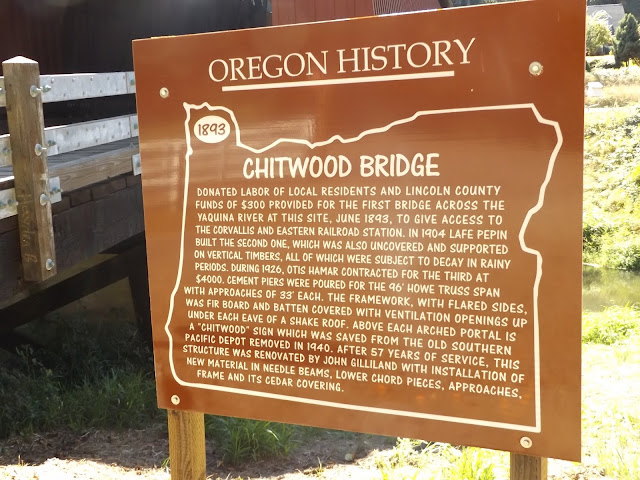 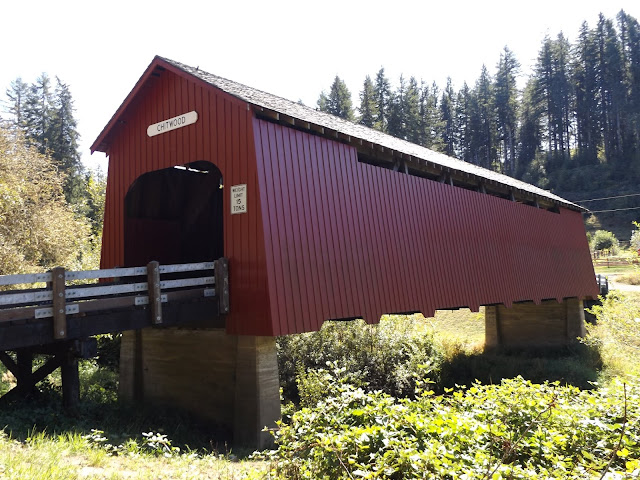 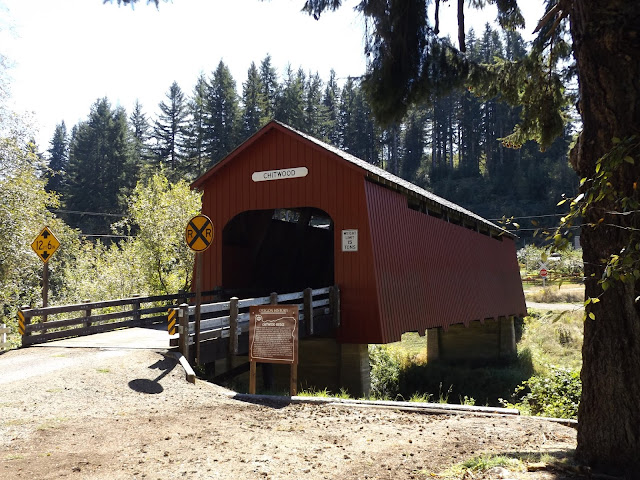