The following day in Chicago was a perfect clear autumn day.  After checking out of the hotel, we head back to the Museum District as our base of operations for the morning.  Our first stop was a lengthy walk to see "The Bean."  Officially known as "Cloud Gate", the beloved piece of art was officially dedicated in Millennium Park in 2006. 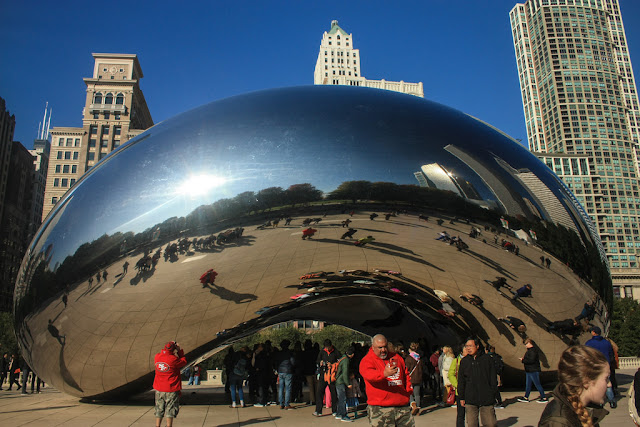 Designed by Sir Anish Kapoor, the stainless steel sculpture is 33' x 42' x 68' in dimension. The sculpture earned its nickname, "The Bean", from local writers.  Something that Kapoor was not found of. 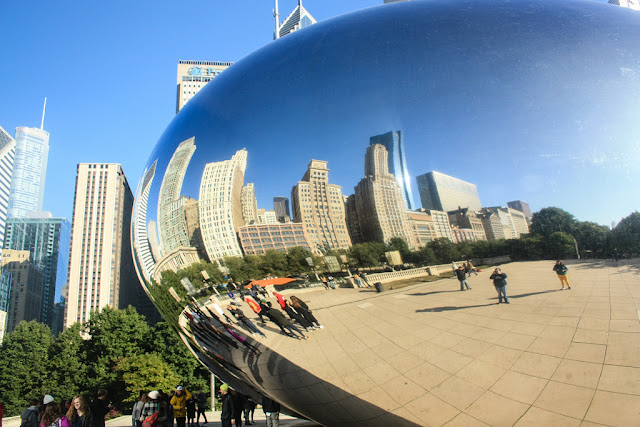 The day before, my wife kept going on and on about "The Bean".  I, of course and to the amusement of our Uber driver, had no clue what it was.  I wasn't really sure why we were walking the mile and a half or so to see it.  But I definitely will admit that once I got to The Bean, I am glad we ended up doing it. 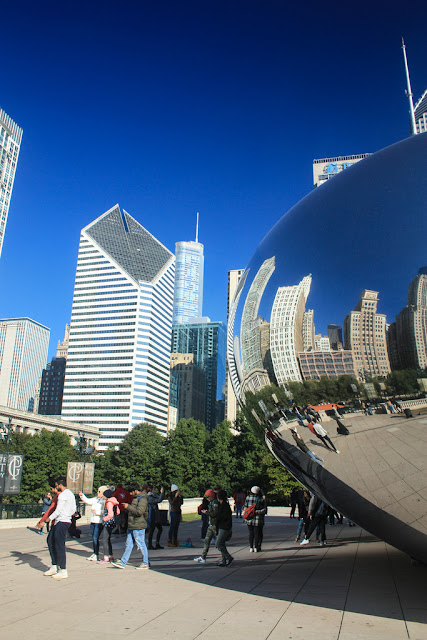 The sculpture is a lot of fun, and all of the visitors at Millennium Park were having a good time.  The reflections and distortions of the skyline on the surface of The Bean made photography a lot of fun.  You can also walk under the center of the sculpture which everyone present enjoyed. 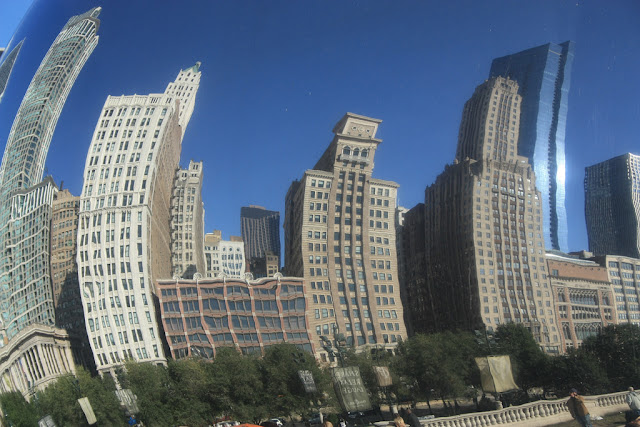 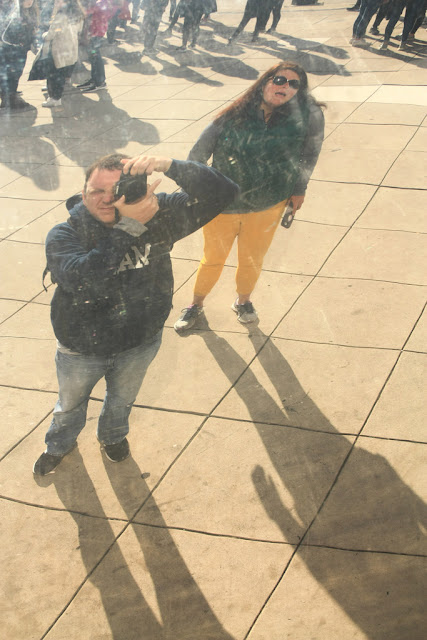 As you can see in the photos, it was a pretty much a cloudless day.  So capturing images of the Chicago Skyline on the walk to and from Millennium Park was ideal. 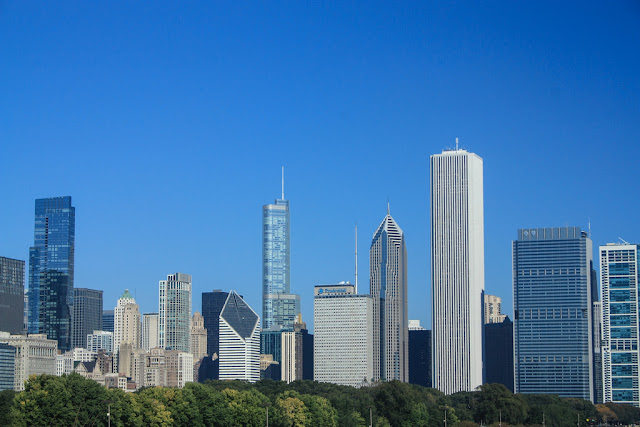 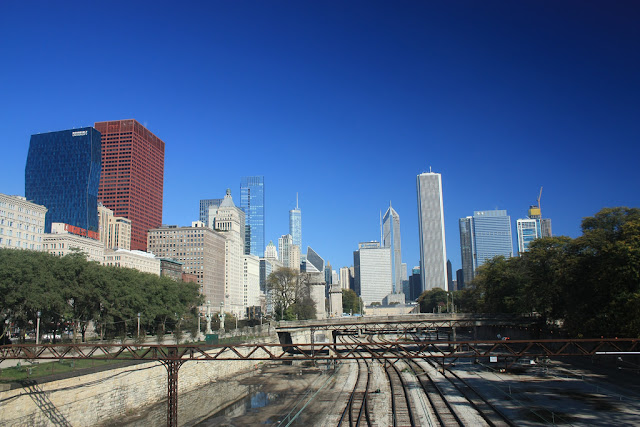 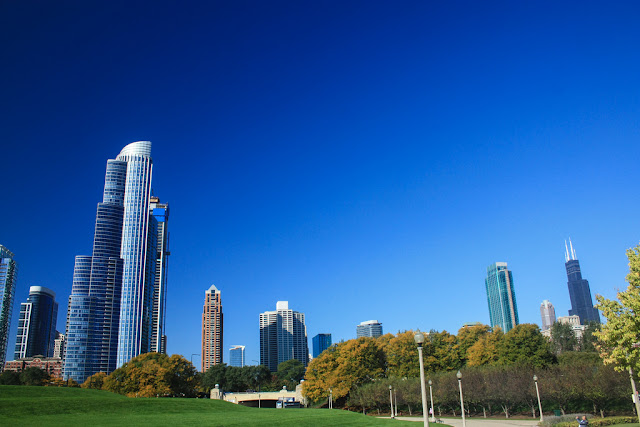 And of course with the better weather, getting that skyline shot from the Museum District was even better today. 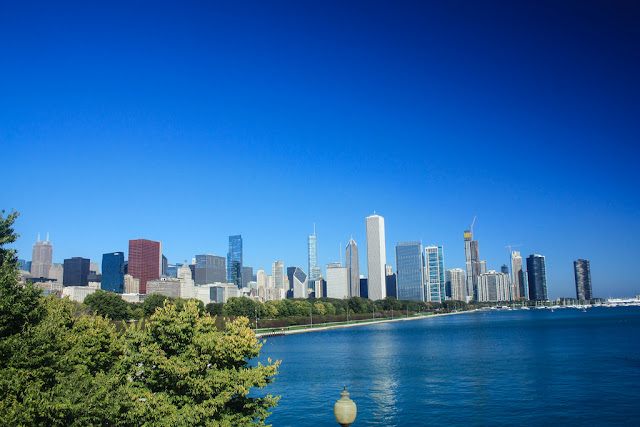 Upon returning to the Museum Campus, we visited the Field Museum of Natural History.  The current site of the museum opened in 1921; however, its history dates back to the 1893 World's Fair (Columbian Exposition).  After the World's Fair ended, Marshall Field donated $1 million to preserve and house the nearly 65,000 artifacts that were on display during the Exposition.  The Field Museum, then called the Columbian Museum of Chicago, opened the following year in 1894.  Today, the museum is home to over 40 million cultural and natural artifacts. 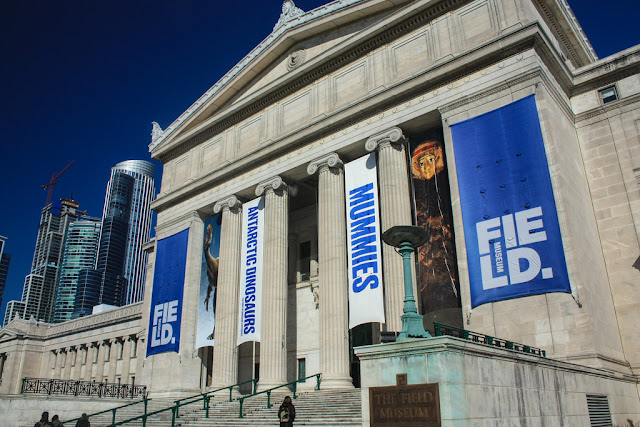 After touring the museum, it was time to leave Chicago.  We headed east to South Bend for the Pitt/Notre Dame Football Game before heading to Indianapolis for the night and home to Charlotte the next day.

Though our visit was brief, Chicago is a wonderful city.  I can't wait to get back there.

To visit the entire collection of photos on flickr, head here.