By Adam February 19, 2019
Sometimes you make a wrong turn; and as a result, you do indeed learn that every road tells a story....


That is how the subject for this feature came about.  On a business trip, I took a wrong turn leaving the plant I was visiting to head back to my hotel.  South of downtown Springfield, I came upon what is known as Old State Highway 11 and came across this unique historical marker below.  Which of course I stopped to take a photo or two and investigate. 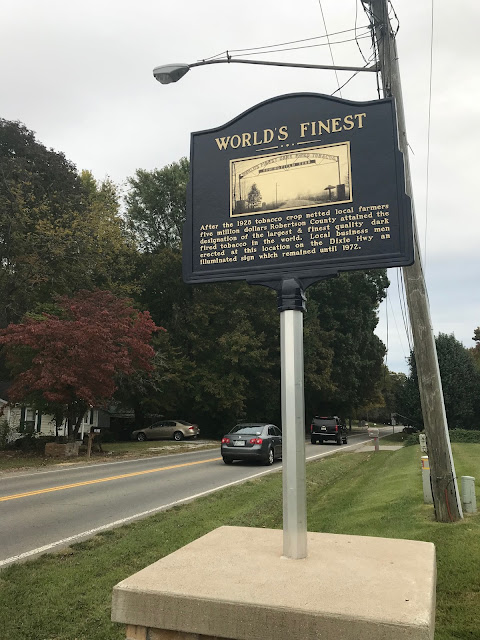 
After the 1928 tobacco crop netted local farmer five million dollars, Robertson County attained the designation of the largest & finest quality dark fired tobacco in the world.  Local businessmen erected at this location on the Dixie Highway an illuminated sign which remained until 1972.

The historical marker is new, as it was erected in February 2016.  Though attempts were made in the 1980s and 90s to restore the original sign and find a new home for it, the arch has since fallen into private ownership and repurposed.

Although the arch is no more, there is one piece of this unique entrance into Springfield remaining.  One of the two stone pillars still stands. 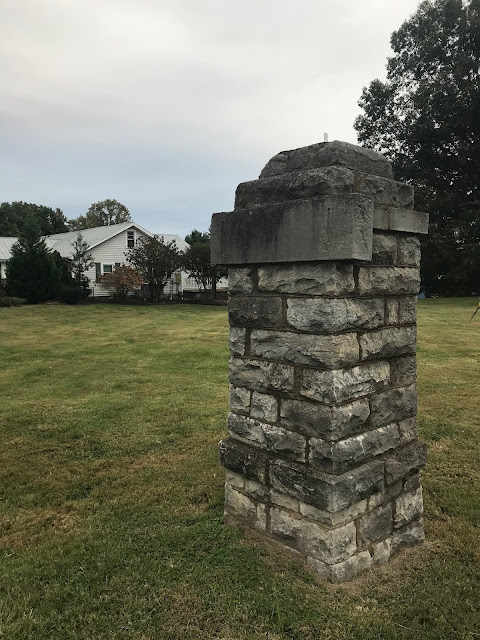 There also appears to have been a second arch along what was once US 41 and the Dixie Highway.  This arch to the North of town celebrated the $5 million tobacco windfall.  Currently, there are no known photos of this particular sign.  Both signs included light bulbs that allowed it to stand out and greet motorists day or night.

This small stretch of highway where I discovered this little piece of history has a unique story of its own.  The stretch of highway which runs about eight miles from Springfield through Greenbrier before ending near Ridgetop once carried the Dixie Highway, TN 11, and finally US 41.   During the Auto Trails Era, the Dixie Highway was one of the major North/South highways in the country.  The western segment of this route would run through Springfield as it headed south towards Nashville. As states began to develop their own highway systems, the road gained the Tennessee State Highway 11 designation.  Finally, in 1926, just prior to the signs being installed, US 41 would be routed through town on this alignment.

Though the sign is no more, this little piece of history made a wrong turn and what would appear to be a non-descript rural road have a story of its own.