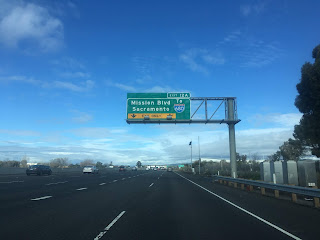 CA 262 is something of an oddity given it is sparsely signed and now exists essentially as a connector route between I-880 and I-680 on Mission Boulevard.  CA 262 partially is a freeway east of it's junction with I-880 near to Warm Springs Boulevard.  This small segment of freeway on CA 262 was once the temporary northern end of the Nimitz Freeway when CA 17 (pre-1964 Legislative Route Number) was routed over it circa 1954-1955 to Warm Springs Boulevard.

Interstate 238; the Interstate numbering abomination carved out of an otherwise bland State Highway

According to CAhighways.org the route of CA 262 was at one point supposed to be deleted from the State Highway system when CA 237 was upgraded to a freeway between I-880 and I-680.  This is now unlikely ever to happen and much more focus has been brought to completing CA 262 to freeway standards. 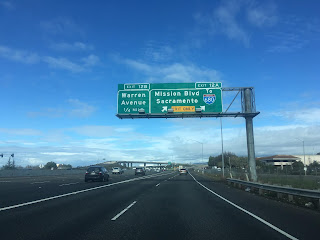 CA 262 east is a short freeway which crosses below a rail-underpass.  CA 262 becomes a surface route of just short of Warm Springs Boulevard. 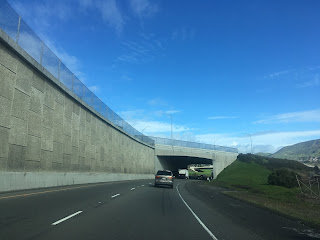 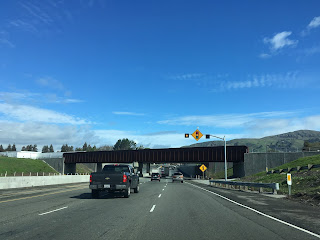 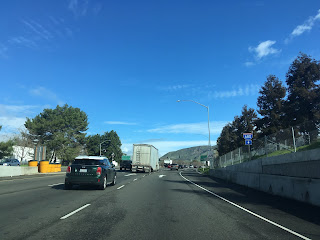 CA 262 east of Warm Springs Boulevard to I-680 was once part of; US 48, US 101E, CA 9, CA 21 and CA 238.  The amount of highway history that has crossed through such a small segment of State Highway is kind of amusing considering that traffic now uses it to connect directly to I-680. 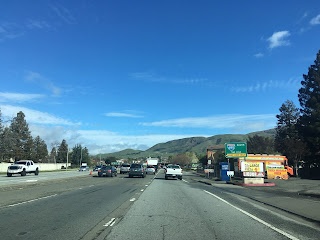 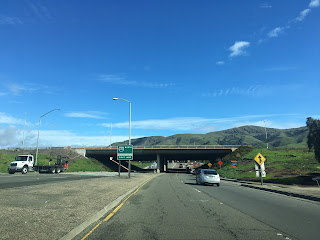