By Challenger Tom September 02, 2018
Back in June of 2016 I visited the western terminus of US Route 6 at US Route 395 located in Bishop, California of Inyo County on my way to Laws Depot. 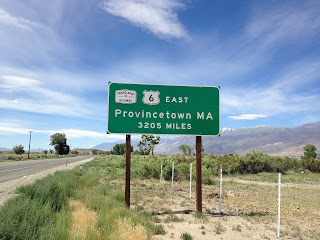 US 6 is one of the longest US Routes at 3,205 miles between Bishop, CA east to Provincetown, MA.  Historically US 6 was the longest US Route ever when it ended in Long Beach at 3,652 miles.  US 6 is known as the Grand Army of the Republic Highway and is mostly known for traveling through some of the most rural corners of the Continental United States. The endpoint of US 6 expanded wildly westward during the early US Route era.  Below is a summary of endpoints for US 6 that are listed on USends.com:

US 6 was one of the routes heavily truncated during the 1964 California Highway Renumbering.  US 6 had a large multiplex of US 395 southbound which was deemed to be inefficient by the California Division of Highways.  US 6 west of Bishop was replaced by the following in 1964:

The above changes can be seen by comparing the 1963 and 1964 State Highway Maps.  The City inserts in the Los Angeles Area show the majority of the changes.

California State Route 11 would of course be later replaced by CA 110/I-110.  What's interesting about US 6 is that it largely used multiplexes even in the Los Angeles Area to reach Long Beach which are described below.

During the 1964 Highway Renumbering CA 15 was reassigned as CA 7 which in turn later became I-710.  USends has an end point page showing photos of the US 6 endpoints in Long Beach.

USends on US 6 endpoints in Long Beach

Interestingly US 6 from Bishop east to the Nevada State Line was the original alignment of CA 168 on Legislative Route Number 76.  LRN 76 in it's entirety was defined in 1931 and largely followed the path of the Carson & Colorado Railway east of Bishop over the 7,100 foot Montgomery Pass to the Nevada State Line.  CA 168 east of the Sierras was cut back to US 395/6 in Bishop when the latter was extended into California in 1937.  CA 168 would not be extended again until 1964 when it was routed east of US 395 to Oasis at CA 266.

The Carson and Colorado Railway was a narrow gauge line that ran from Mound House, NV near Carson City south to Keeler on the eastern shore of Owens Lake in Inyo County California.  When LRN 76 was first created it's path east of Bishop followed alongside the tracks of the Carson and Colorado on unimproved roadways which can be seen on the 1932 State Highway Map. 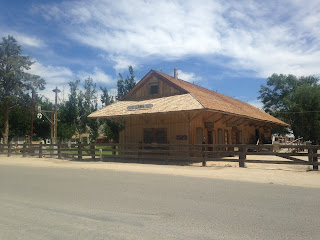 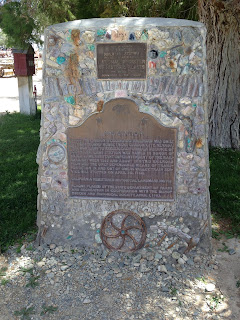 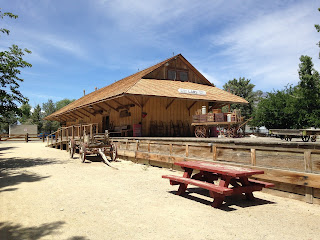 Laws was a substantial enough siding that it warranted Post Office Service from 1887 to 1963.  The Laws Post Office is preserved on site at Laws Depot. 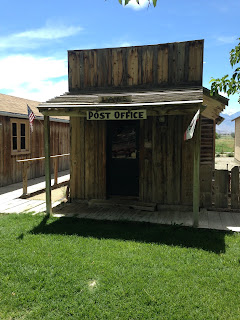 Various structures from Laws and Owens Valley are preserved along the railroad tracks at Laws Depot. 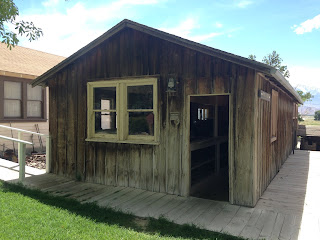 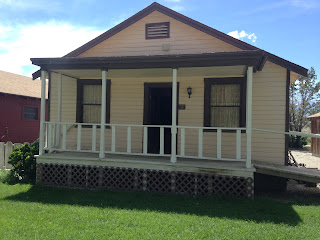 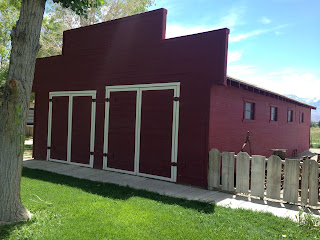 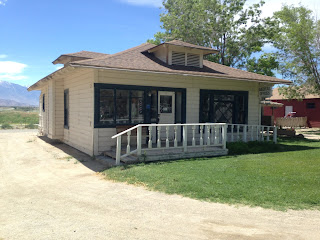 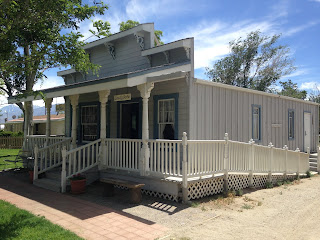 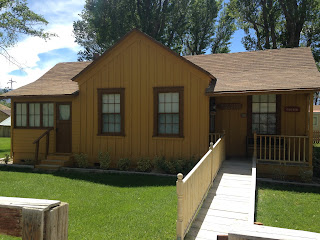 As stated above there is a preserved section of the Carson and Colorado Railway at Laws Depot. 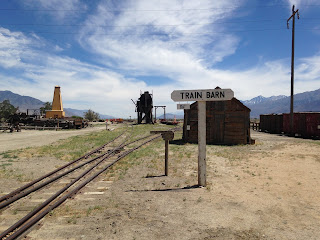 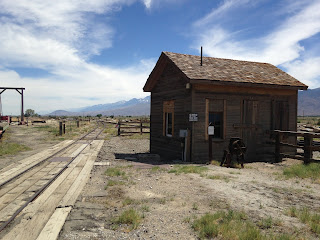 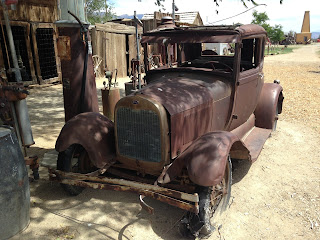 Laws Depot has a large number of ACSC signs from Owens Valley and the Death Valley area on display. 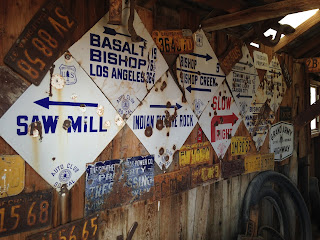 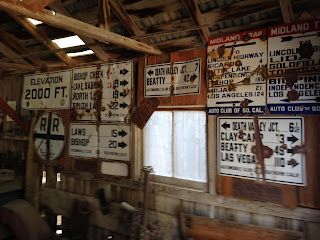 No rail museum would be complete without a locomotive or two. 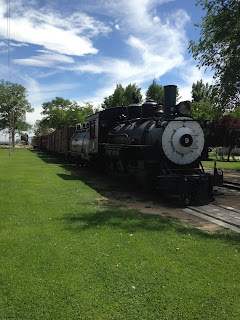 There are two mileage signs on the depot building showing distances between locales on what was once US 395/6. 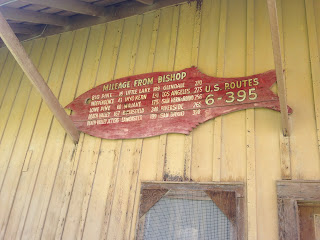 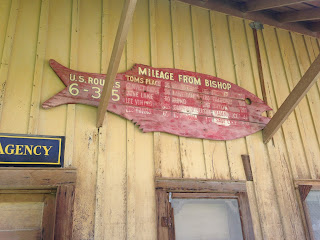 More information on the Laws Railroad Museum can be found here.

The only significant junction on US 6 between Bishop and the Nevada State Line is in Benton with CA 120.  I wrote about that particular section of CA 120 previously and how Benton actually moved to be on the Carson and Colorado Railway.