By Challenger Tom September 25, 2018
Back in 2016 I visited a small ghost town known as Slavia in Seminole County, Florida located on Florida State Road 426 just west of the Oviedo City Limits. 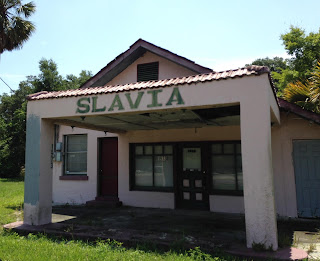 Slavia was located on the Seaboard Air Line Railway spur to Oviedo.  This 1936 Map of Seminole County displays Slavia along the rails and the original designation of FL 426 prior to the 1945 Florida State Road renumbering which was FL 202.

The oldest remaining building left in Slavia is the 1912 St. Lukes Lutheran Church which originally was a worker housing shack. 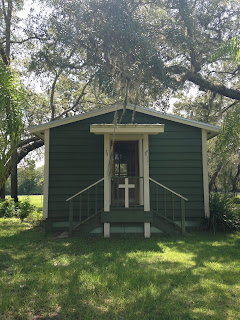