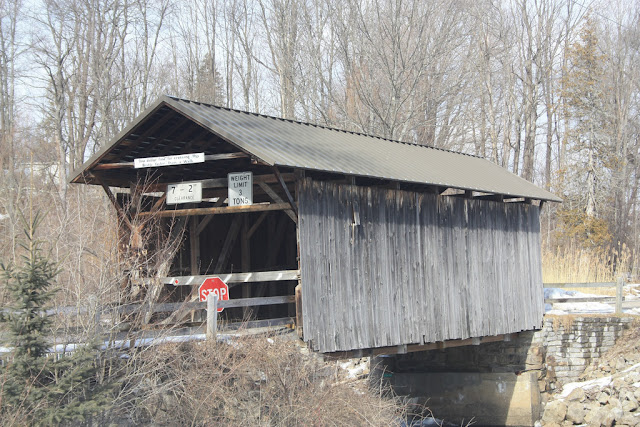 The Salisbury Center Covered Bridge is the only remaining covered bridge in Herikmer County, New York.  The bridge, built in 1875, was at one time one of seven covered bridges that crossed Spruce Creek. 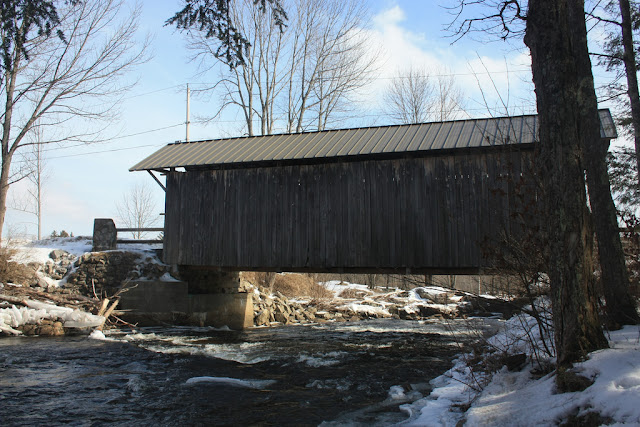 The bridge was built at the home of Alvah Hopson who then moved and placed the bridge at its present location.  The 50' Burr Truss bridge has seen numerous rehabilitation and preservation projects occur since 1962.  The most recent project appears to have occurred in 2004.  It allowed the bridge to remain open to vehicular traffic.  Even though it was closed when I visited the bridge in February 2012 - it still carries automobile traffic in the non-winter months.

Further Reading:
Getting There: