This blog entry serves as Part 12 of the 2016 Fall Mountain Trip Series, Part 11 can be found here:

Utah State Route 12 is an approximately 122.8 mile state highway from US Route 89 in Garfield County east to UT 24 in Wayne County.  Much of UT 12 traverses the Grand Staircase of the Colorado Plateau is is among the most scenic highways in the United States.  UT 12 is known "Scenic 12 Byway or A Journey Through Time Scenic Byway."  UT 12 is also one of thirty one designated All-American Roads recognized by USDOT.

From US 89 I turned east on UT 12 towards Bryce Canyon. 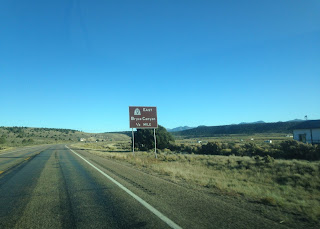 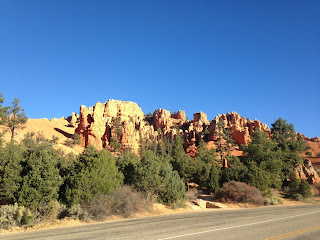 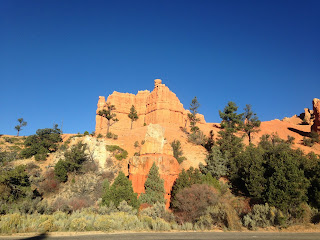 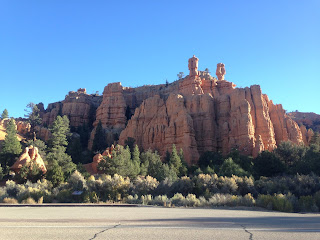 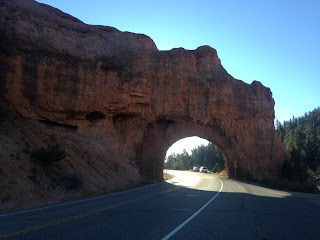 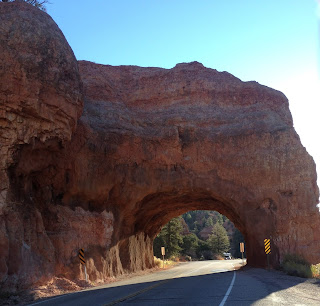 East of Red Rock Canyon UT 12 empties out onto a flat valley along side Mud Spring Creek.

At Jones Valley Road UT 12 has a junction with UT 63.  Jones Valley Road despite being gravel to the north is signed as a "To" route to UT 22.  UT 63 is a 2.63 mile State Highway which travels south from UT 12 to the boundary of Bryce Canyon National Park. 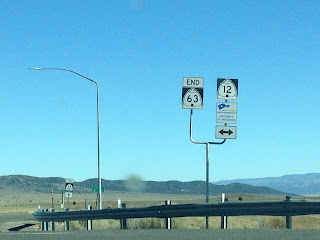 By 1941 UT 23 was extended to from Escalante to Boulder on a new alignment south of Hell's Backbone Road.  By 1947 UT 54 was extended to Boulder along what was Henrieville-Escalante Road, UT 23 at the time was completely decomissioned.  UT 117 had been created between Teasdale to Grover in 1931 and was extended to Boulder by 1957.  The 1957 extension of UT 117 created a full route series of State Routes from US 89 to UT 24 over the Grand Sraircase, but one that consisted of various route designations.  In 1969 UT 12 was extended from Tropic to UT 24 creating a singular route over the Grand Staircase.  The route of current UT 63 became a spur route of UT 12 that was redesignated as UT 63 in 1975.

In my opinion Bryce Canyon is the best and most scenic of the five Utah National Parks.  I did stop all the major view points; Bryce Point, Inspiration Point, and Sunset Point before hiking for an hour or so in the hoodoos.

After leaving Bryce Canyon I continued east on UT 12 through Tropic.  UT 12 begins to run alongside the Paria River through Cannonville.  UT 12 swings east from Cannonville to Henrieville, I took this below photo from the highway looking back westward towards Bryce Canyon.

This photo is looking north from UT 12 between Cannonville and Henrieville.

Past Henrieville UT 12 begins to curve northeast through the plateaus to Powell Point Vista. 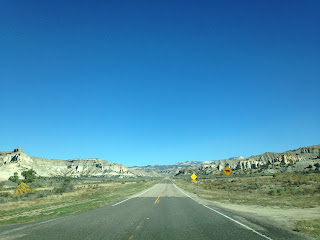 UT 12 begins to level out approaching Escalante.  UT 12 picks up the former route of UT 23 and the Escalante River west of the the City at Old Escalante Road.  Escalante is the largest community on UT 12 with an approximate population of about 800. 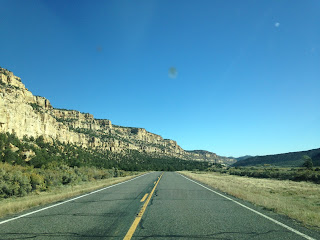 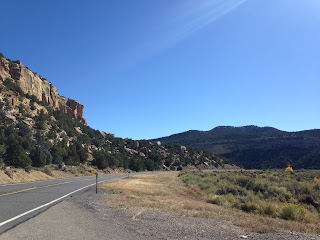 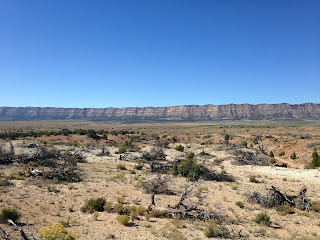 East of the Hole-in-the-Rock Road UT 12 begins to bend back northeast towards the Escalante River again.  There is a significant overlook of the switch-backs at the Head of Rocks Overlook. 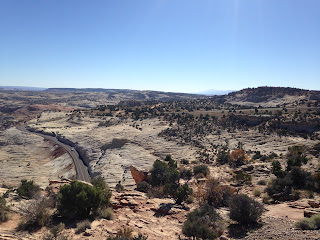 The descent to the Escalante River is steep with slow recommended speed limits. 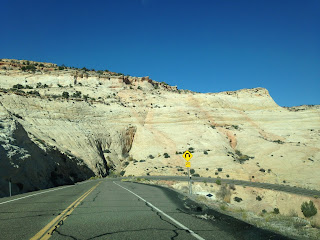 The Escalante River can be observed directly west of the Kiva Coffeehouse on UT 12.

North of the Escalante River UT 12 swings directly north following a ridge between Calf Creek to the west and Boulder Creek to the east.  I stopped at the Calf Creek Viewpoint where both creek canyons could be observed with UT 12 running down the center.

UT 12 passes by the east terminus of Hell's Backbone Road and begins to follow Boulder Creek into Boulder. 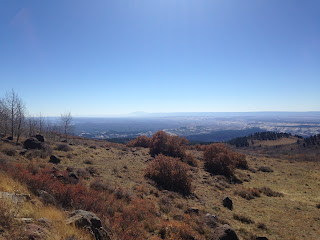 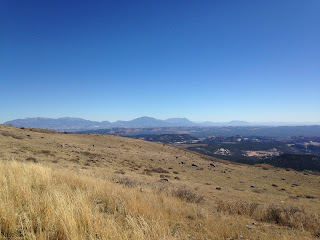 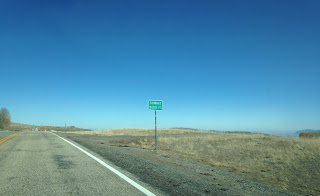 The descent off the Aquarius Plateau is very steep but a steady 6-8% grade.  The grade is good enough that finding an appropriate low gear to provide enough speed is difficult.  From the Larb Hollow Overlook Lower Bowns Reservoir can be seen along with the cliffs along side UT 24 in Capitol Reef National Park. 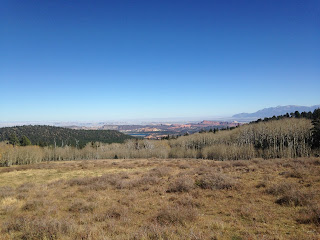 UT 12 gradually descends through Grover and reaches UT 24 in Torrey via Morrill Ranch Road.  UT 12 has an eastern terminus at UT 24 and US Bike Route 70. 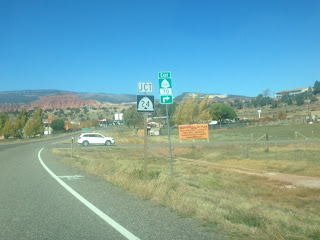 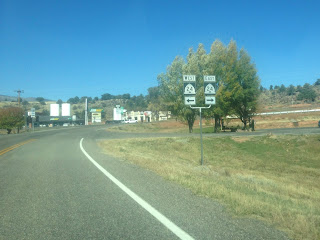 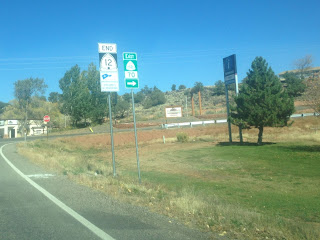 Part 13 of this series can be found here: