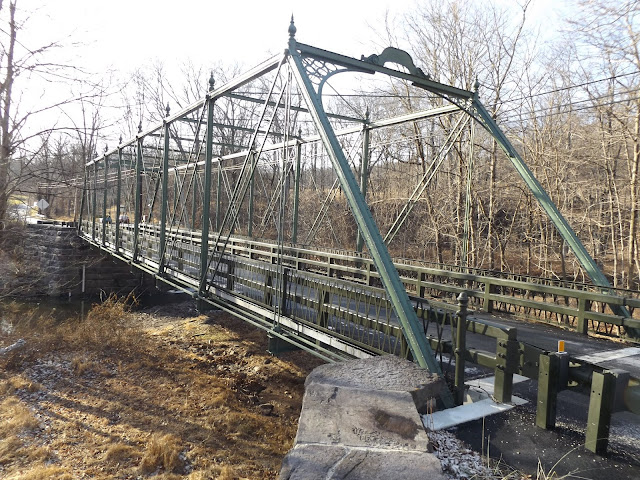 This extremely rare and beautiful bridge ranks is a great example of early bridge design in New Jersey. It was built by the Lambertville Iron Works of Lambertville, New Jersey, which was a local company responsible for constructing bridges throughout Hunterdon County during the last quarter of the 19th century and run by William Cowin. The bottom lateral bracing on the bridge joins to a center ring, much like the Clinton, New Jersey bridge built in 1870, which was also constructed by the Lambertville Iron Works. But what makes the Rosemont-Raven Rock Bridge noteworthy in a historical sense is that it is a significant example of a bridge using rare Phoenix columns. The Phoenix columns are present on the vertical members and it is an extremely early example of a pin-connected Pratt through truss, having been built at a time when the bowstring truss was still a frequently selected form of metal bridge. The Rosemont-Raven Rock Bridge is a very beautiful bridge and includes a highly decorative builder plaque and decorative cast iron knee bracing at the portals, along with attractive lattice railings. In addition, the bridge includes decorative finials on top of each panel and connection point.

Today, Hunterdon County owns the classic bridge over Lockatong Creek and it was restored in 2014 at a cost of more than $2.1 million. As happenstance would be, I stumbled upon this bridge in January 2017 during a drive up the Delaware River area in New Jersey. So naturally, I had to stop and take a few photos. 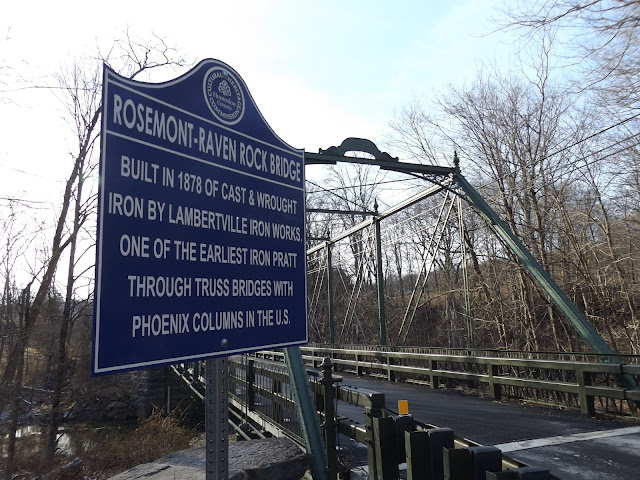 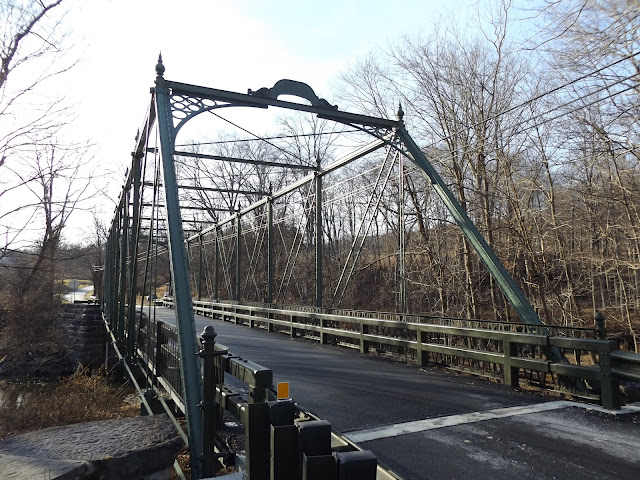 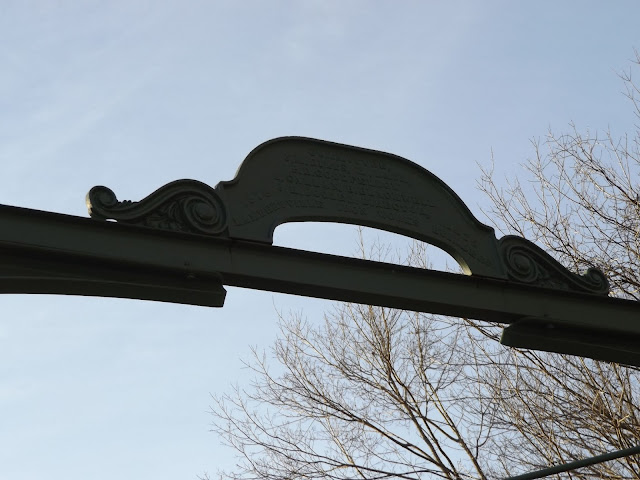 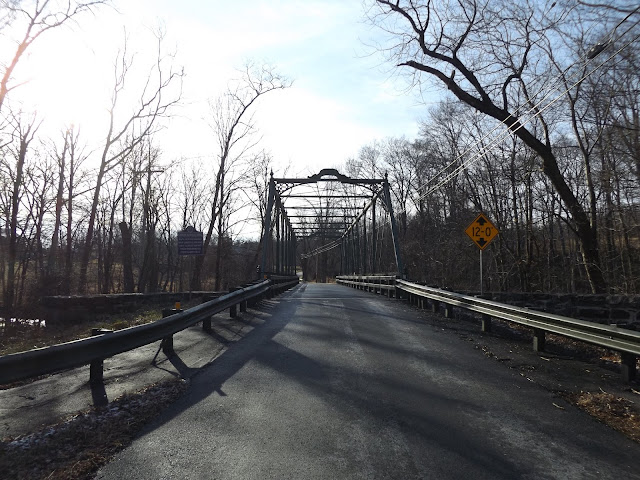 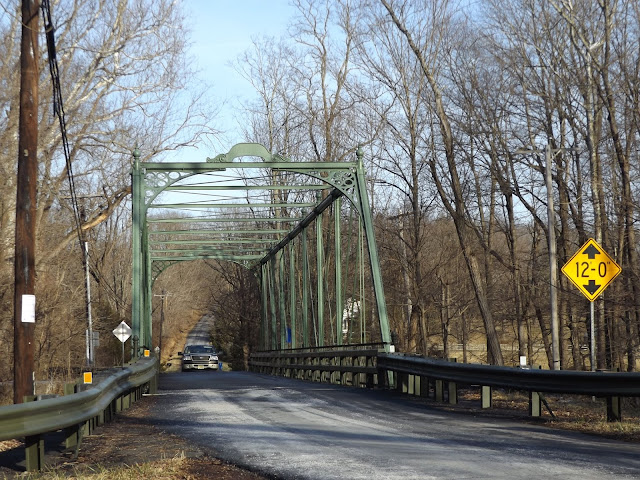