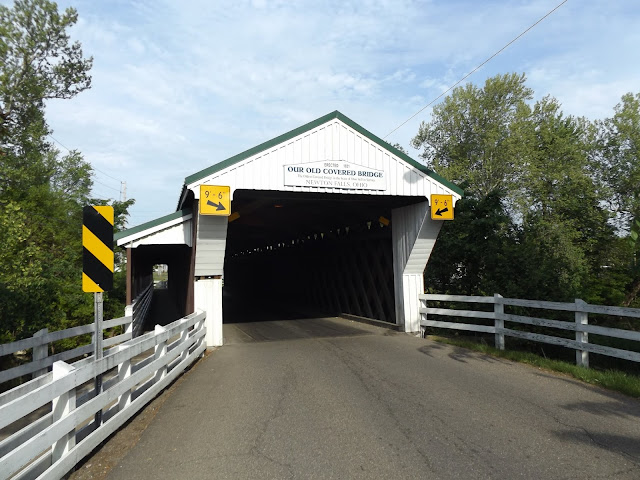 Tucked away in the southwest corner of Northeast Ohio's Trumbull County, the Village of Newton Falls, Ohio has a few claims to fame. One of their claims to fame is being the home of ZIP Code 44444, the only place in the United States where the ZIP Code is the same digit, five times over. Another claim to fame is that Newton Falls was along the route of the former Pennsylvania and Ohio Canal, which was in service during the 19th Century.  Yet another claim to fame is that Newton Falls also has the oldest covered bridge still in service in Ohio and is the oldest covered bridge at its original location in the state.

The Newton Falls Covered Bridge has seen its share of history and lore over the years. The roof of the covered bridge had to be replaced after an F5 tornado swept through Newton Falls on May 31, 1985. There is also a legend that back in the late 19th Century, a woman tossed her baby off the covered bridge into the Mahoning River as she was trying to hide her pregnancy from the community. It is said that you can still hear the baby's cries if you walk across the covered bridge at night. It's one of a number of "crybaby bridges" in Ohio as a result of this legend.

However, I took my photos during the daylight hours one Memorial Day morning, for you to enjoy. 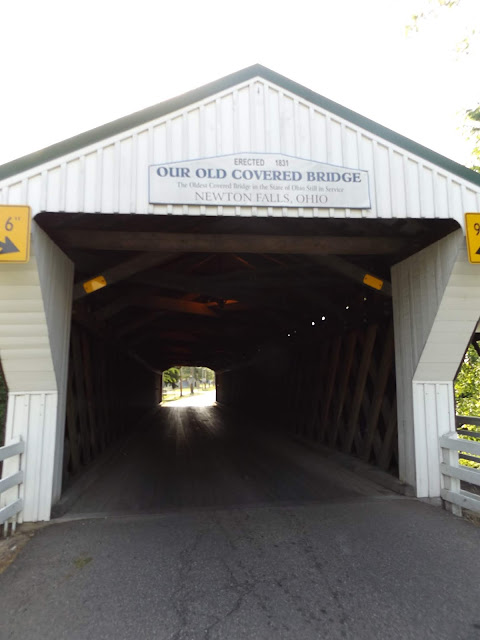 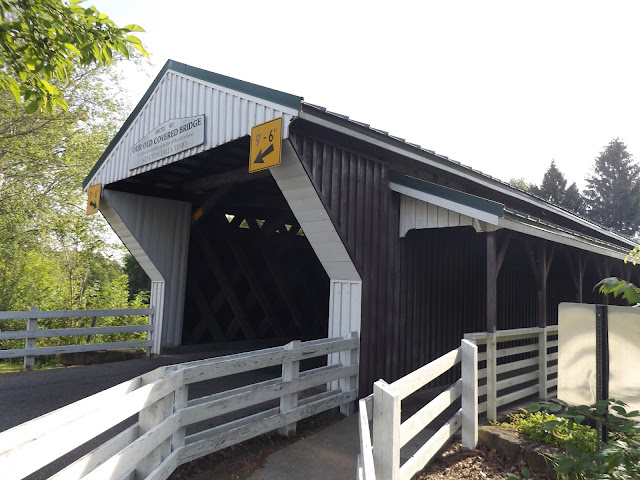 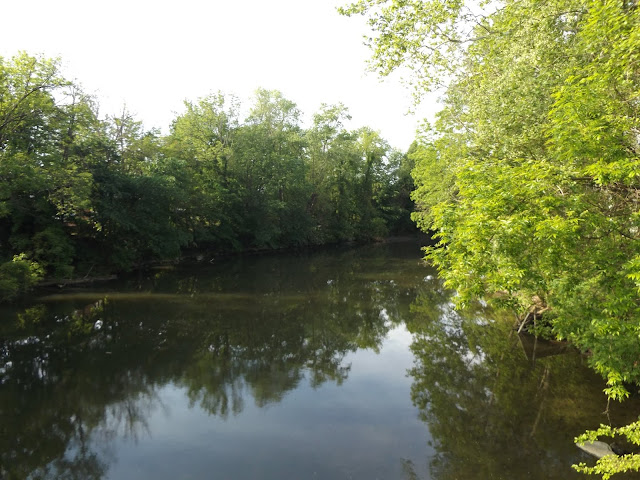 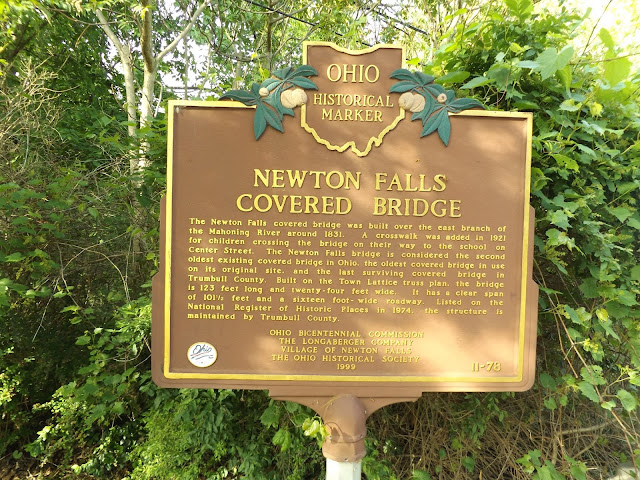 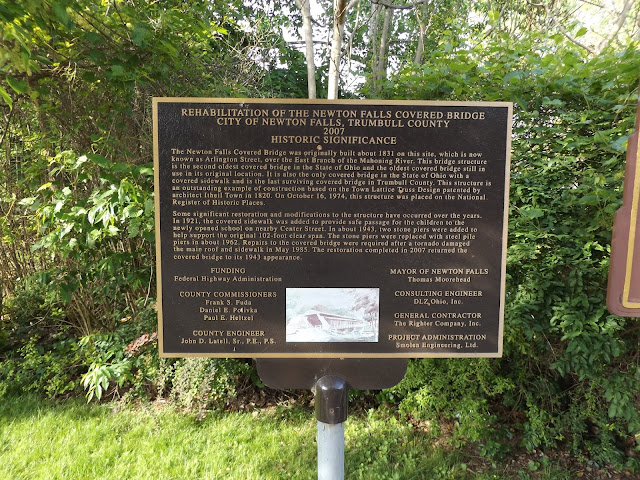 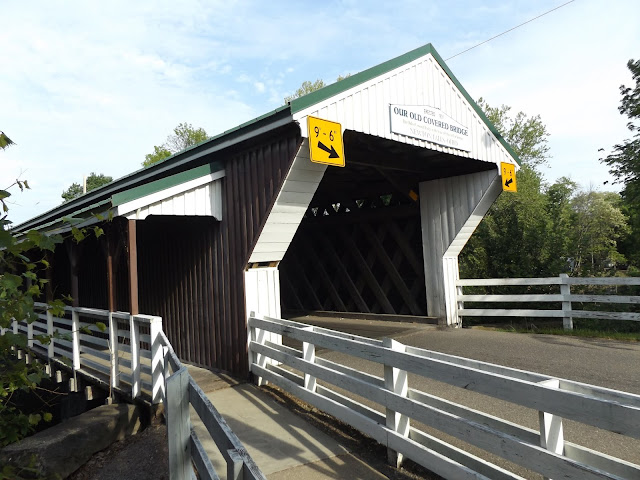 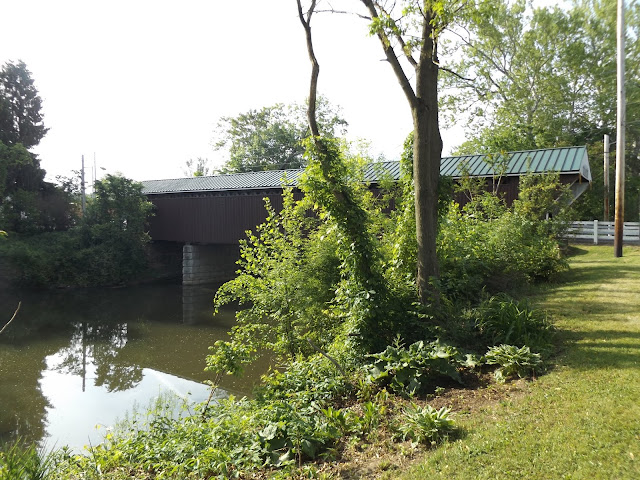