By Challenger Tom December 21, 2017
I stumbled across some old racing pictures from the late 1990s that my Dad and I took recently.  One particular race caught my eye from 1996; the September 29th Tyson Holly Farms 400 which happened to be the last NASCAR Winston Cup Race at North Wilkesboro Speedway.  The photo below is at the end of driver's introduction where a photo of the entire race driver's lineup was taken. 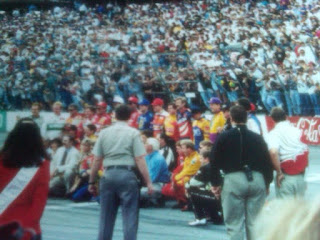 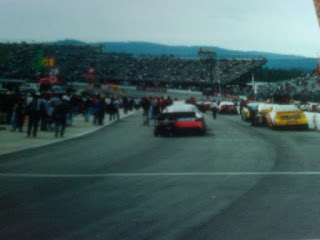 My Dad my marketing guy for Prodigy Online who sponsored Dave Marcis and 71 car through the 1996 season.  I was in middle school at the time and knew enough about the series to want to see the last Winston Cup race at the track before it was shuttered.  Ted Musgrave ended up winning the pole for but the race was dominated by the eventual winner Jeff Gordon.  I do have more physical photos of me at the race but only these were professionally converted into a digital format. 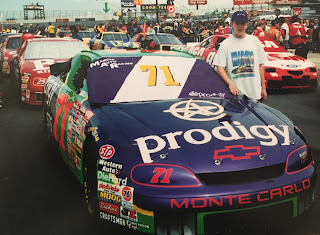 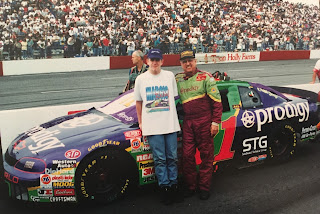 After 1996 racing at North Wilkesboro never really regained traction.  The speedway reopened for a brief time with USAR and ASA races but really hasn't had much consistent competitive racing in the last two decades.