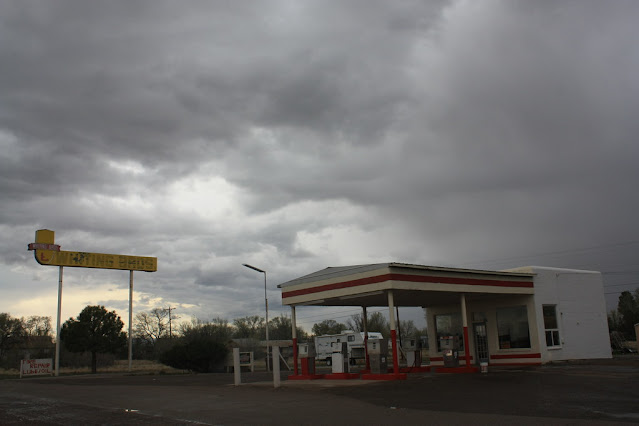 One of the more common sites along the western half of 66 was the red and yellow Whiting Brother's logo.  Whether it was fuel, service, food, or lodging - you could find them from California to Texas.  The family-owned chain started when the four sons of a lumberman opened a gas station in St. John's, Arizona in 1917.  The brothers incorporated the company in 1926 - the same year the US Highway system and 66 were created - and moved their headquarters north to Holbrook, where Route 66 would soon run through. 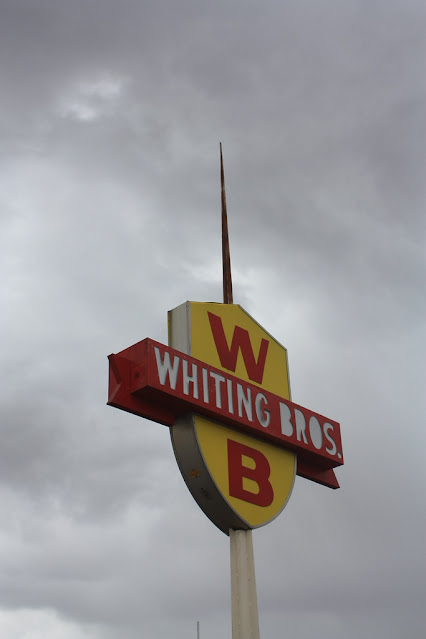 Whiting Brothers would rise and fall with US 66.  At its peak, there were nearly 40 Whiting Brothers Stations along 66 from Lenwood, CA to Shamrock, Texas.  Over time, the company built truck stops and motels.  Many of the Whiting Brothers Motels were built next to an existing gas or service station.  When much of Interstate 40 replaced US 66 in the 1970s, many Whiting Brothers stations began to close. 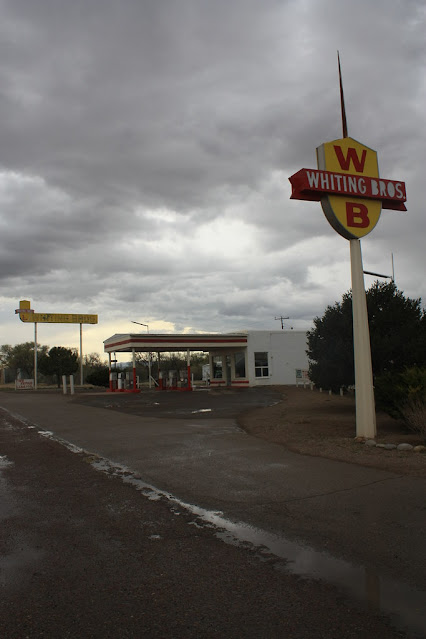 Whiting Brothers were known to have "Most of the Best for Least."  They typically had a low-frills gas station made of inexpensive materials.  They also had discount cards - offering motorists a few pennies of a gallon.  They were also known for their lengthy yellow and red billboards that were more like fences.  IT wasn't hard to miss that a Whiting Brother's station was in the next town.

In Moriarity, New Mexico - the lone-Whiting Brother's station survives.  Though it no longer sells gas, tire repairs, batteries, and simple vehicle repairs and maintenance are still performed here.  The station is owned by Sal Lucero.  A former employee of Whiting Brothers, he purchased the station from the chain in 1985.  Much of the original signage and pumps from the station - built in 1954 - remain.  In December 2014, a restored Whiting Brothers sign once again shone brightly in Moriarity.  The sign restoration was made possible by a Route 66 Corridor Preservation Grant from the National Park Service.