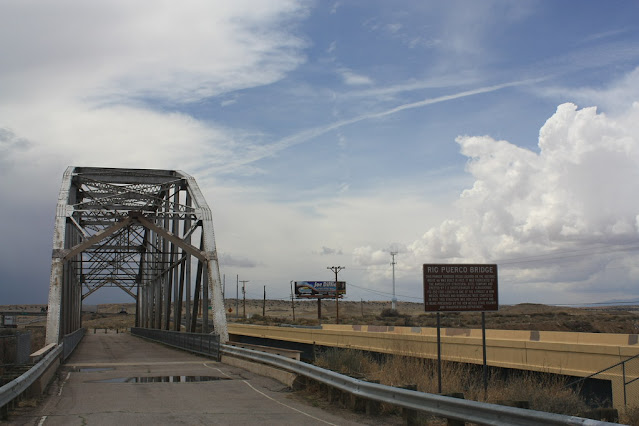 Driving west of Albuquerque on Interstate 40, an old truss bridge sits just off the highway at Exit 140.  This old Parker Truss Bridge hasn't been in use since 1999, but it was a critical piece that allowed US 66 to make a more direct route through New Mexico. 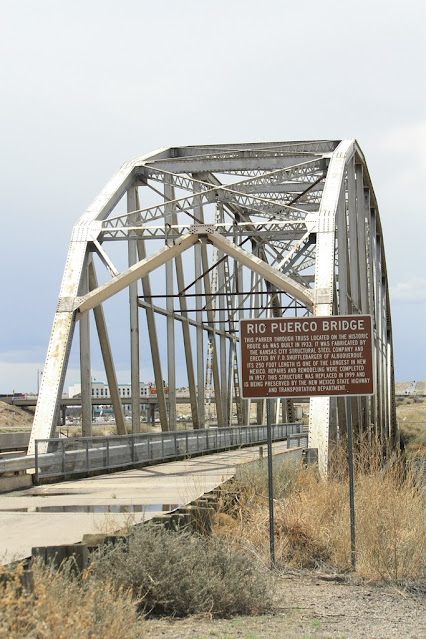 The Rio Puerco Bridge - built in 1933 - allowed Route 66 to be routed along the "Laguna Cutoff" four years later.  This new direct east-west routing of the highway from Santa Rosa through Albuquerque and Mesita.  This direct route was 107 miles shorter than the S-curved shaped route that took US 66 from Santa Rosa to near Las Vegas, Santa Fe, Bernalillo, Albuquerque south to Los Lunas, and then north and west over today's NM Route 6 towards Mesita. 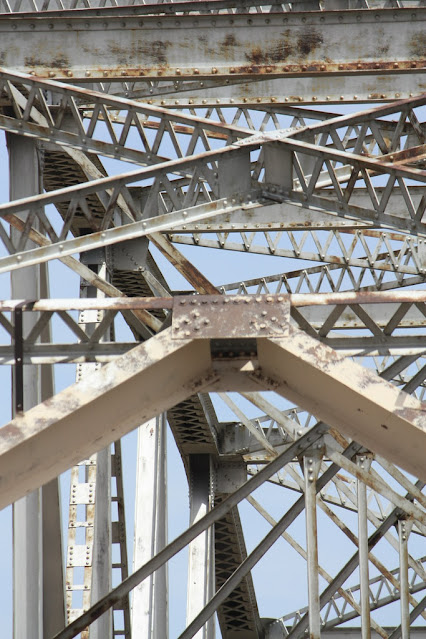 The Rio Puerco Bridge was a federally funded project that began construction in 1933.  Opened one year later, the bridge is Parker through truss that is 250' long.  When US 66 was twinned in the 1950s, the bridge was rehabilitated to handle more modern traffic loads.  Interstate 40 would eventually be built to the bridge's immediate south, and the Rio Puerco Bridge would serve as part of a frontage road.  In 1999, the bridge was taken out of service when a new bridge to its immediate north was completed.  The bridge has since been preserved as a historic site by the New Mexico Department of Transportation. 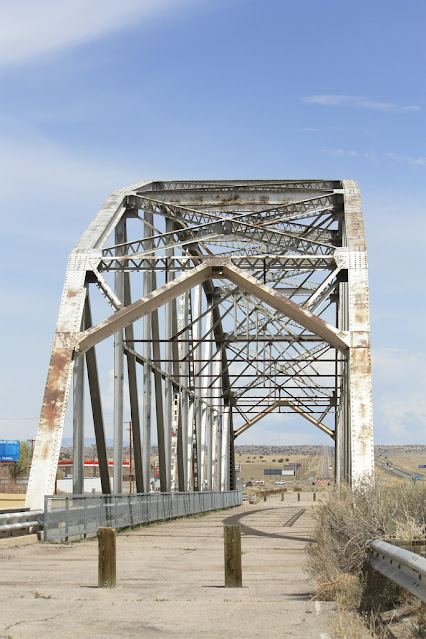 Added to the National Register of Historic Places in 1997, the Rio Puerco Bridge is open for tourists and pedestrians to cross and explore.
All photos taken by post author - April 19, 2010.

Site Navigation:
Sources & Links:
How To Get There: