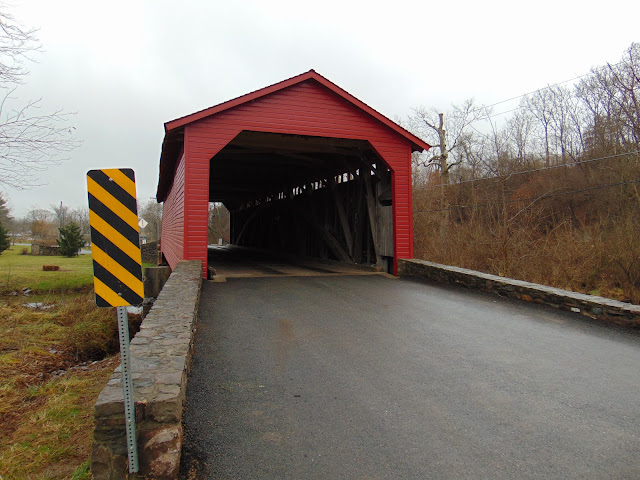 The Utica Mills Covered Bridge near Lewistown in Frederick County, Maryland has a bit of an interesting history to it. At first glance, it appears like a bucolic Burr truss arch designed covered bridge that spans about 88 feet over Fishing Creek. But the timbers used for this historic covered bridge are not at its original location.

In 1934, renovations to the Utica Mills Covered Bridge took place. The flooring was reinforced with steel beams and a center pier was added for additional support. However, gradual corrosion of the steel beams had reduced the bridge's load capacity to only two tons. In 1993, an oversized truck cracked one of the bridge's support beams. Residents initially feared that it was caused by an act of an extortionist who had threatened to burn the bridge if the community persisted in fighting a public project he favored. After the 1993 accident, it was discovered that termites and post beetles had caused much of the bridge's timber to rot. So maybe it wasn't the extortionist at all.

In December 1996, a rehabilitation project the for Utica Mills Covered Bridge began at a cost of $337,000. The project was under the general contractor guidance of famed bridge builders Arnold M. Graton Associates of Ashland, New Hampshire. The rehabilitation project included replacing the steel beams which thereby increased the bridge's load limit to fifteen tons. Meanwhile, much of the tedious repair labor was done manually using hand tools. The Utica Mills Covered Bridge was the last of the three remaining historic covered bridges in Frederick County to be rehabilitated during the 1990s. The covered bridge reopened to traffic in the spring of 1997.

On June 15, 2006, the Utica Mills Covered Bridge was again damaged by a truck. The bridge's roof beam, braces and siding on the west end of the portal were destroyed when the truck tried to back out of the bridge. The bridge was closed for three weeks until $15,000 worth in repairs could be made.

In 2011, The National Historic Covered Bridge Preservation Program awarded a $176,400 grant to Frederick County for repairs to the three historic covered bridges located within the friendly confines of the county. Frederick County kicked in another $44,100 to bring the total funding amount to $220,500. The contract to repair the bridges was awarded to Kinsley Construction, Inc., a company that has plenty of experience rehabilitating covered bridges in Maryland and Pennsylvania. Work to rehabilitate the Utica Mills Covered Bridge  started in the spring of 2015.

When I visited the Utica Mills Covered Bridge on New Year's Eve Day in December 2021, more recent repairs had recently taken place. The covered bridge was damaged again in June 2021 when a box truck that exceeded the height clearance of the bridge passed through the bridge damaging many of the beams. When I visited, the beams had been replaced and the bridge was given a fresh paint job. Adding warning poles near each end of the bridge has been discussed to remedy the issue of over height vehicles trying to use the bridge. The warning poles tend to be quite effective in preventing damage to covered bridges. But in the case of the Utica Mills Covered Bridge, the land surrounding the bridge is all private property, so Frederick County would need to acquire a right of way for the structures and an area for vehicles to turn around if the vehicles are too tall. 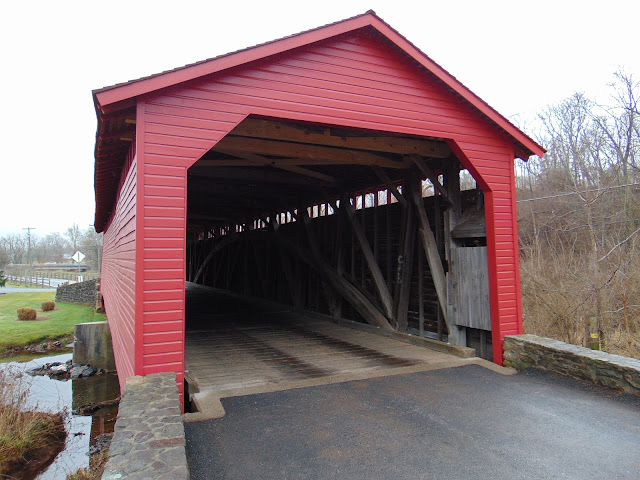 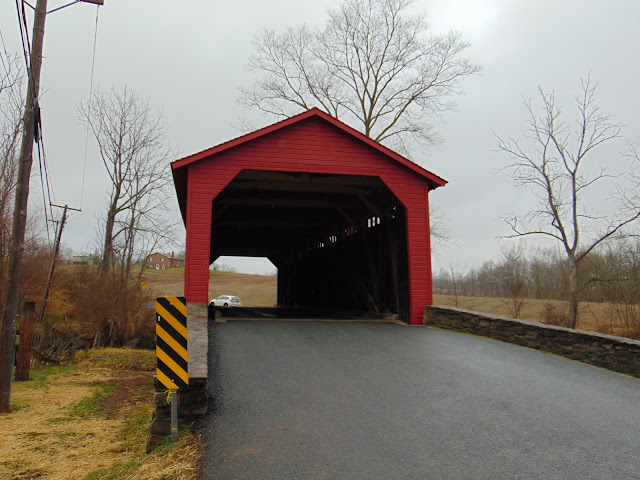 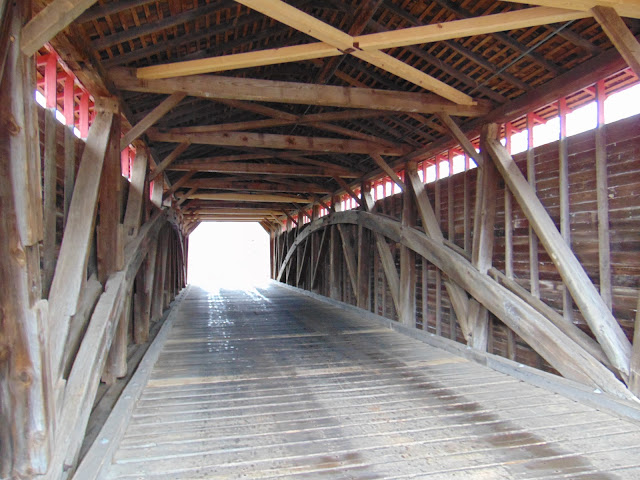 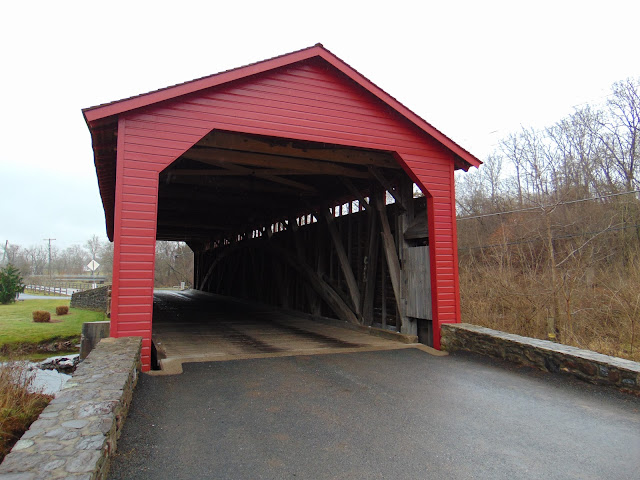