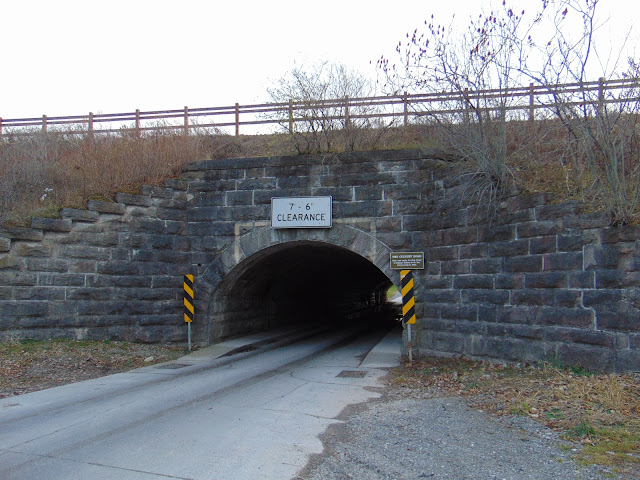 One of the more unique features of the Erie Canal can actually be found underneath the canal. Just east of the Western New York State town of Medina is a road tunnel that goes under the Erie Canal. The Culvert Road Tunnel was originally built in 1823 in preparation of the construction and opening of the canal. However, the tunnel that exists today was rebuilt and widened in 1906 to accommodate the widening of the Erie Canal to the modern State Barge Canal system that we have across New York State.

Because the canal runs along a berm in this section in Orleans County, it made passage between the north and south sides of the canal a tricky endeavor. Elsewhere along the Erie Canal, bridges were constructed to allow for crossing the canal. But because of the berm alongside the canal here, it presented an engineering challenge. The drop from the towpath down to the road is about 20 feet. Because of that drop, any bridge constructed at this point would have to be significantly higher so boats could pass underneath the bridge. Any bridge that tall would also have to begin far beyond each side of the canal to compensate for the berm, or the grade would have to be really steep. Ultimately, going under the canal by way of a culvert became the most practical solution for a crossing.

In order to keep the tunnel at Culvert Road in prime working condition, there is a small stream that drains to a nearby pond, otherwise the tunnel may become filled with water. Sure, water does drip from the roof to the floor of the tunnel on occasion, but the tunnel has held up very well over the years. So well, that Ripley's Believe It Or Not featured the Culvert Road Tunnel in a segment at one time.

You can visit and explore the Culvert Road Tunnel today, or drive through the tunnel as long as your vehicle is under the clearance of 7 feet, 6 inches. The tunnel hosts a one lane road but has sidewalks on both sides, which allows for people to walk through the tunnel if they so choose. It is said that one could also climb up the sides of the tunnel to reach the top and walk along the Erie Canal, as there is a trail that runs alongside the canal. There is a pull-off next on the road next to the tunnel so you can explore and take photos. 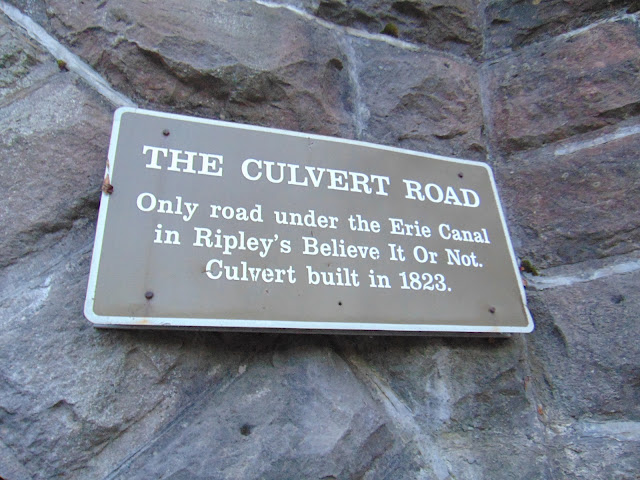 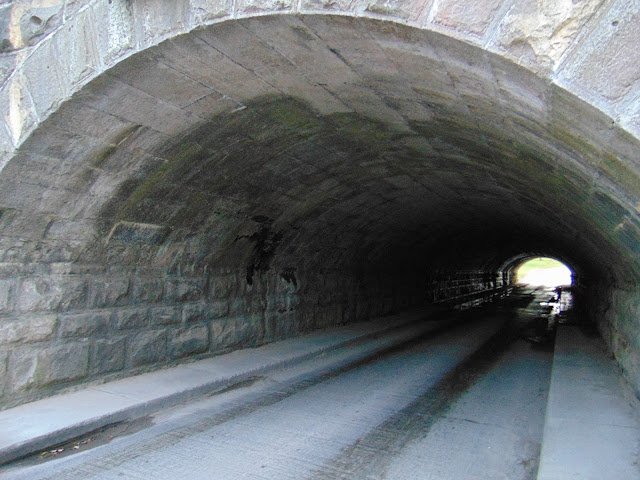 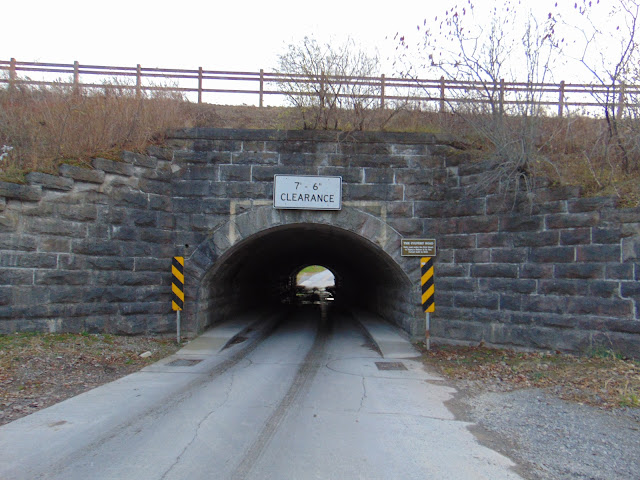