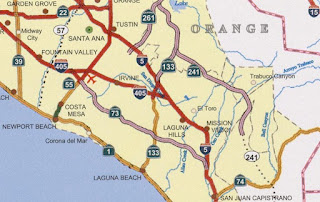 LRN 185 appears for the first time on the 1934 Division of Highways Map following Laguna Canyon Road. 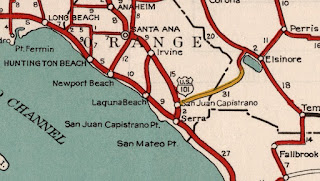 In the August 1934 California Highways and Public Works Guide the Sign State Routes were announced.  LRN 185 was not assigned one of the initial Sign State Routes.
The entirety of LRN 185 on Laguna Canyon Road can be seen on the 1935 Division of Highways Map of Orange County. 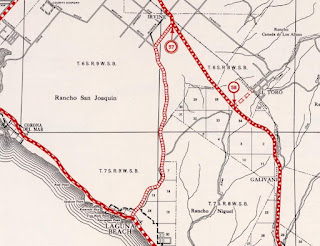 The widening of LRN 185 and Laguna Canyon Road is featured in the September/October 1952 California Highways & Public Works.  The widening of Laguna Canyon Road to expressway standards (what was termed then as a freeway) is described as being 95% complete and having had minimal impact on the Laguna Beach Festival of Arts.  Several aspects of the Laguna Beach Festival of the Arts are also featured in the article. 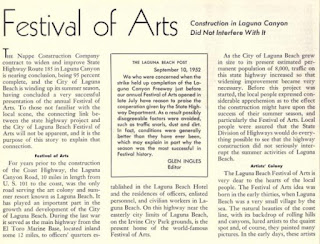 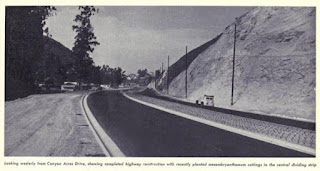 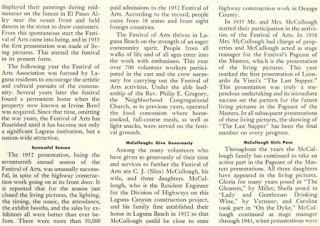 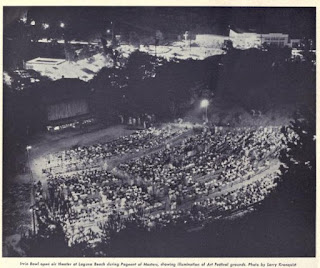 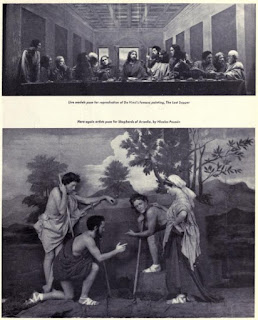 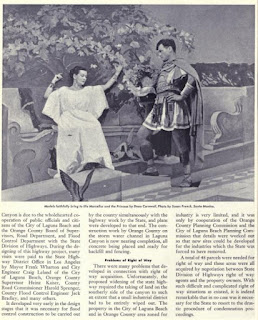 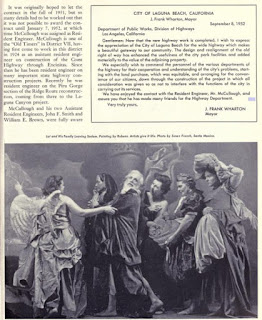 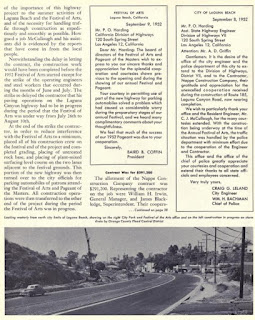 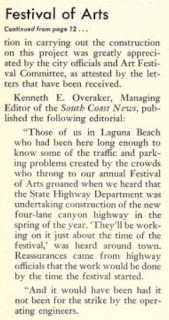 The January/February 1957 California Highways & Public Works announced a construction of the Santa Ana Freeway (US Route 101) between LRN 185/Laguna Canyon Road and Browning Avenue had been awarded during 1956.

The May/June 1957 California Highways & Public Works announced construction of US Route 101/Santa Ana Freeway between LRN 185/Laguna Canyon Road and El Toro Road was anticipated to be completed by 1958. 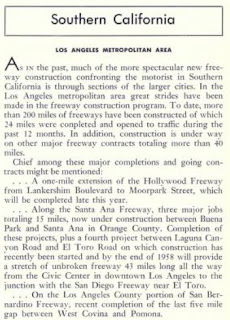 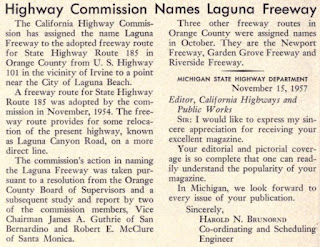 The July/August 1958 California Highways & Public Works announced the completion of the El Toro Road-Laguna Canyon Road segment of US Route 101/Santa Ana Freeway.  The relocation of US Route 101 onto the Santa Ana Freeway in Irvine included relocating the northern two miles of LRN 185 off of Laguna Canyon Road.  The northern two miles of LRN 185 are described as being expressway standards which could be expanded easily to a divided four lane freeway. 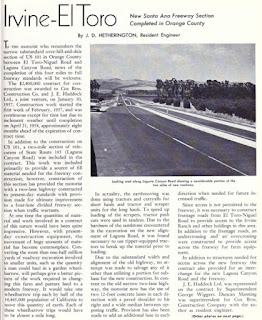 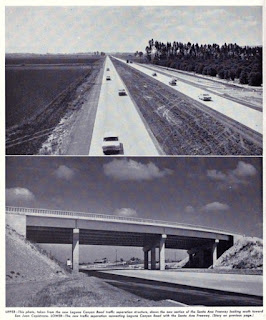 The March/April 1961 California Highways & Public Works describes the Laguna Freeway as being in the process of preliminary design phases.  LRN 185 is described as being shortened to 8.4 miles due to the new connecting interchange with the Santa Ana Freeway. 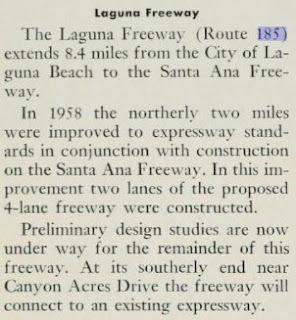 LRN 185 was reassigned as CA 133 during the 1964 State Highway Renumbering.  CA 133 had an initial route definition of "Route 1 near Laguna Beach to Route 5 near Irvine" which appears on the 1964 Division of Highways Map. 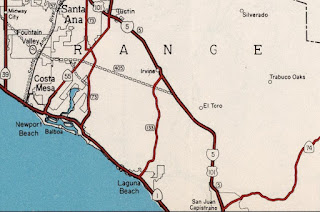 The November/December 1965 California Highways & Public Works cites construction of Interstate 405 extending to CA 133 was budgeted during 1965. 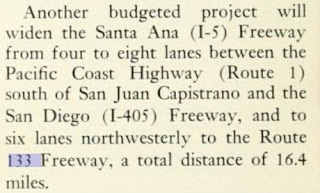 The November/December 1966 California Highways & Public Works notes the expansion of CA 133 to four lanes from Interstate 5 south tying into the planned Interstate 405 interchange and Laguna Canyon Road was budgeted for the 1967-68 Fiscal Year. 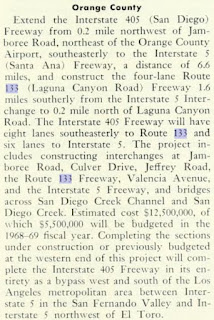 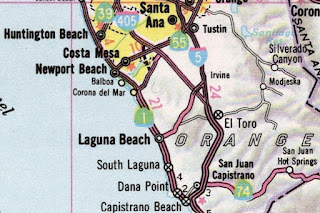 1988 Legislative Chapter 1364 defined the second CA 231 as a new State Highway with a definition of "Route 5 near the border of the Cities of Tustin and Irvine to Route 91."  Planned CA 231 appears on the 1990 Caltrans Map with no direct implied connection to CA 133. 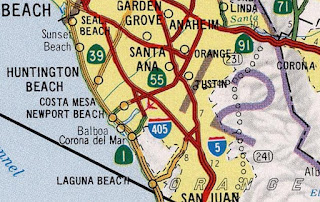 1991 Legislative Chapter 775 rerouted planned CA 231 to align with the existing northern terminus of CA 133.  Much of what was the planned southern segment of CA 231 was transferred to CA 261.  The map below sourced by cahighways.org from the 2003 Caltrans Map depicts the difference in the planned alignment of CA 231 under the new 1991 definition.

During October 2020 Dan Murphy of the Roadwaywiz Youtube Channel and Gribblenation featured real-time drives on the Laguna Freeway and Eastern Toll Road corridor of CA 133.  Below CA 133 can be observed from Interstate 405 northbound to CA 241.

Below CA 133 can be observed from CA 241 southbound via the Eastern Toll Road and Laguna Freeway to Interstate 405.

During May 2020 CA 133 was featured as part of the Roadwaywiz Los Angeles Webinar.  CA 133 along with the other Orange County Toll Roads are discussed by panelists Dan Murphy, Scott Onson and Steve Alps at 50:54-1:09:50.