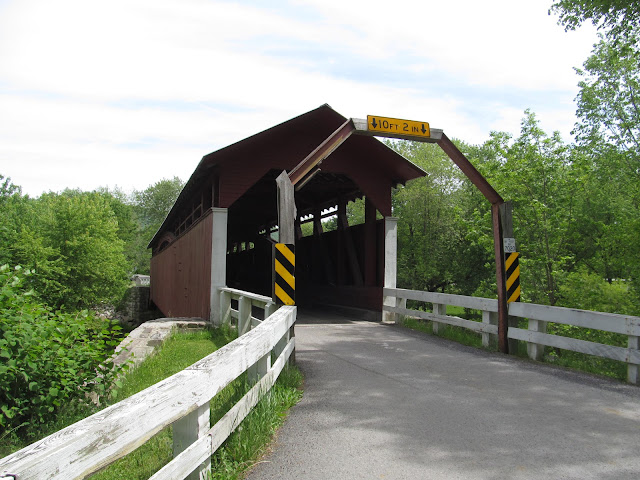 At 136 feet, the Herline Covered Bridge is the longest of all of the covered bridges that are located in Bedford County, Pennsylvania. Built in 1902 and constructed in a Burr arch truss design, the covered bridge crosses the Raystown Branch of the Juniata River just north of the borough of Manns Choice and a stone's throw away from the Pennsylvania Turnpike as well. The bridge was closed to traffic in 1983, then was refurbished in 1997 and then was reopened to traffic. The Herline Covered Bridge was posted to the National Register of Historic Places on April 10, 1980.

Also known as the Kinton Covered Bridge, the Herline Covered Bridge also has a ghost story attached to it. According to the story, many locals avoid the bridge because it is believed that the Devil or some other body or thing has interest in the bridge. The story goes that a farmer was leaving Manns Choice and headed for home entered the bridge and got halfway when his team of horses stopped, refusing to continue forward. The farmer unhitched the horses and led them out of the bridge before reentering, hoping to back the wagon out. However, the wagon wheels were locked into place. The farmer refused to go home without his wagon and sought help from a man and his son who lived nearby. Even with their help, the wagon still refused to budge. The farmer then gave up, went to mount his horses and as he did, he heard chains attached to the wagon rattle. At that point, the spell was broken and he hitched his team to the wagon and they continued home. 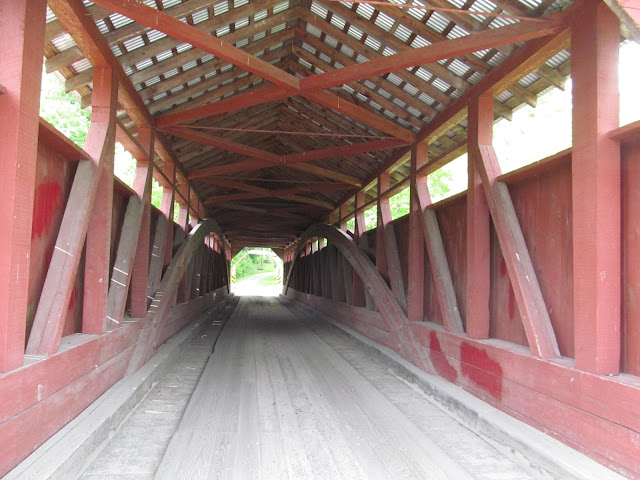 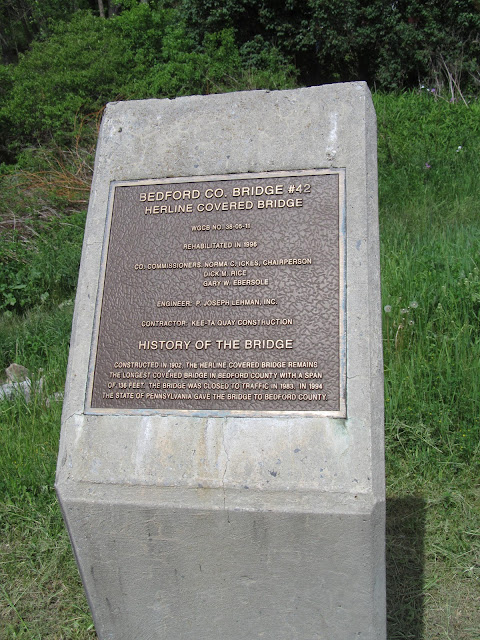 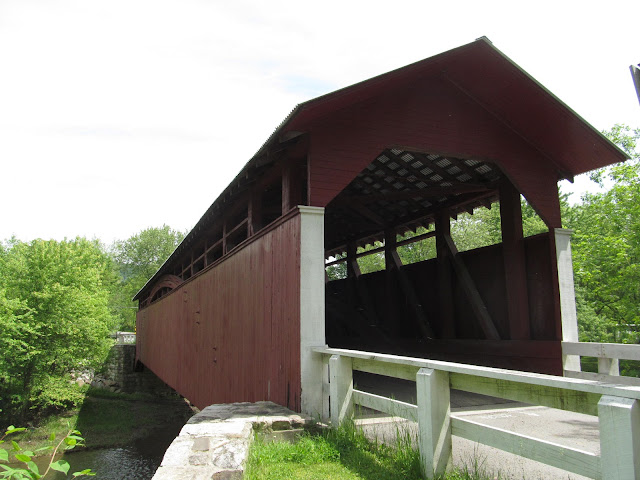