Making the Connection: A New Ramp for Manhattan's Upper East Side 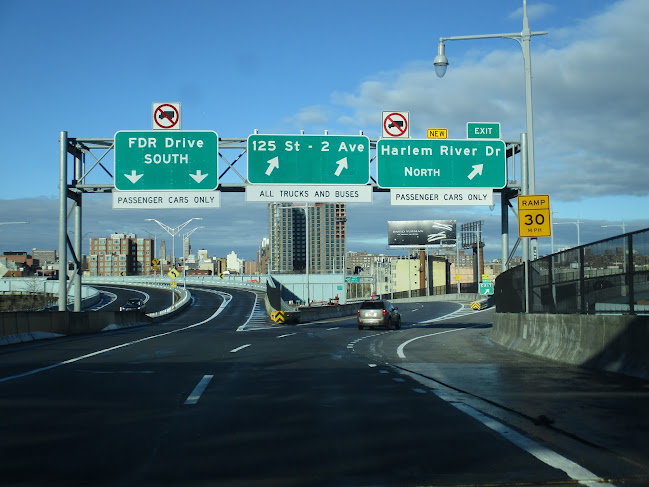 In Manhattan’s Upper East Side, a new flyover ramp is creating a critical new connection for New York City drivers and providing much-needed redundancy for an aging transportation network. The Robert F. Kennedy Bridge, built in 1936 as the “Triborough Bridge” and renamed in 2008 in honor of the late brother of 35th President John F. Kennedy, has connected the boroughs of the Bronx, Manhattan, and Queens as one of the city’s most vital pieces of transportation infrastructure. Until recently however, a noticeable piece of the puzzle was missing at the Manhattan end of the bridge – the lack of a direct connection to the northbound side of the Harlem River Drive highway, which serves to connect this area of Manhattan with the outbound side of the George Washington Bridge. Construction of this “missing” ramp movement was finally pursued (after more than 60 years of delay) in order to provide motorists originating from northwest Queens with an alternate, redundant path to the GW Bridge while also improving traffic circulation on the local street grid in East Harlem. 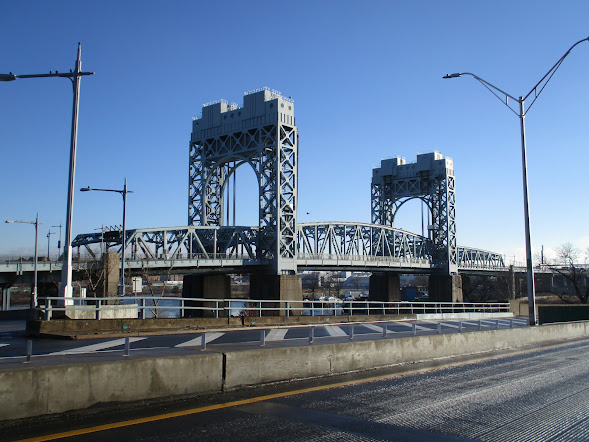 The Manhattan leg of the RFK Bridge features this vertical lift span over the Harlem River. The design of its lift towers intentionally mimics the appearance of the nearby George Washington Bridge.

For this project, cooperation between neighboring client agencies was essential for contract success. The RFK Bridge and its approach ramps fall under the jurisdiction of the Triborough Bridge & Tunnel Authority (TBTA, an affiliate agency of the broader Metropolitan Transportation Authority, or MTA), however the neighboring/underlying Harlem River Drive highway lies under the domain of NYSDOT, who had already begun a contract of their own to rehab the elevated section of the Drive north of the RFK Bridge approach. Under an agreement reached between TBTA & DOT officials, the scope and design of the Harlem River Drive rehab project incorporated the then-hypothetical ramp connection from the Manhattan-bound RFK lanes and the structures built were made modifiable in order to accommodate potential future construction additions.

Opened to traffic on November 23, 2020, the ramp itself is approx. 1,400 ft long, is supported by 17 vertical column piers, and stands at a max height of 50 ft above ground level. The project was built under a $48 million contract by Judlau Contracting and was funded under the MTA’s 2015-2019 Capital Plan. Other constraints that had to be taken in to account included the neighboring Harlem River and the Willis Avenue Bridge, a major artery for Bronx-bound traffic on the Upper East Side that itself had been replaced less than 10 years prior. All of the obstacles mentioned led to the creation of a snake-like path for this direct-connect flyover that will manage to improve travel times while also making good use of whatever available real estate there is. 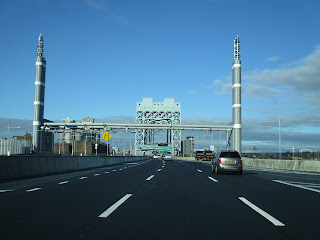 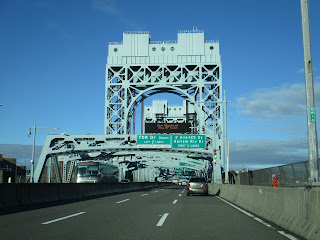 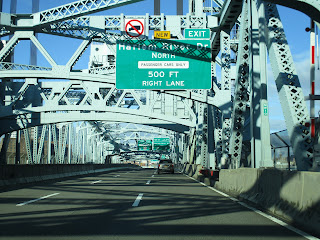 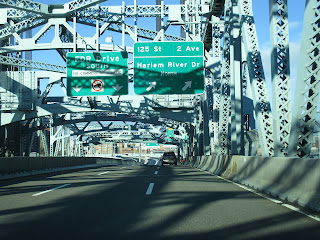 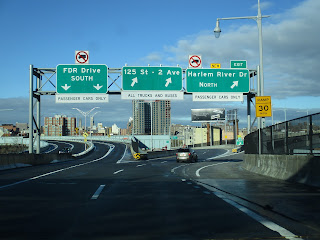 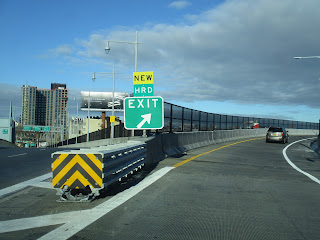 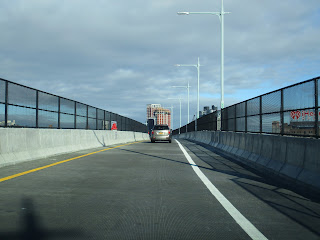 The above photos detail a trip along the Manhattan-bound lanes of the RFK Bridge, followed by the new flyover ramp to the Harlem River Drive

The Harlem River Drive direct-connect flyover is also worth discussing due to the type of contract that saw its design & construction, a process known as “design-build”. Under a traditional project development timeline, a client & design firm will both agree on a proposed design for a project that is then bid and awarded for construction by a separate contractor. The “design-build” contract concept takes the design & construction phases and combines them, meaning that a single firm or joint venture inherits responsibility of both the design and construction of a project and there is significant overlap between these phases in the overall project timeline. While this method is intended to streamline and shorten the timeline for large-scale project delivery, it does also have the disadvantage of increased uncertainty when it comes to final contract pricing and scheduling. The design-build phenomenon is a relatively new one and it became a reality in New York State in 2011 when Gov. Andrew Cuomo signed legislation that permitted the practice on projects state-wide. His immediate goal in doing so was to provide a channel to help fast-track the then-proposed replacement of the Tappan Zee Bridge north of town, the first design-build contract in the State’s history, but that’s another story for another time…