A Quick Stopover in Lordsburg, NM 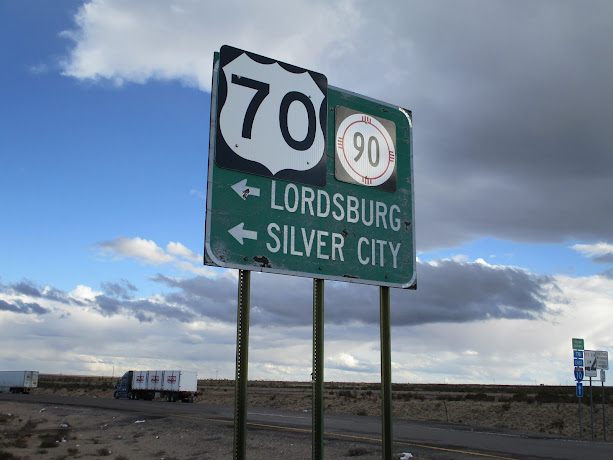 A quick glance at a map of southwest New Mexico might suggest that the city of Lordsburg is nothing more than a tiny outpost community with little to no history to speak of. A closer inspection will reveal this narrative to be far from accurate. Lordsburg has an estimated population of 2,400 (ca. 2019) and is the county seat of Hidalgo County, the southernmost county in New Mexico and the anchor of the state’s “Boot Heel” – a geographic feature born from the Gadsden Purchase of 1854, which saw the United States purchase the lands south of Arizona’s Gila River and those west of the Rio Grande River in an effort to resolve ongoing border disputes in the aftermath of the Mexican War. (In fact, Hidalgo County is named in honor of the Treaty of Guadalupe Hidalgo, which ended the conflict in 1848.) America was also motivated to make the purchase, because it saw these lands as being optimal for a deep southern transcontinental railroad route, a route that finally saw construction 15 years after the end of the Civil War. Lordsburg itself was founded in 1880, originally as a stop along this transcontinental railroad line eventually completed by the Southern Pacific Railroad in 1883.

The town’s position as a “railroad town” led to its quick development into a bustling city that at its peak was among the largest in southern New Mexico. (To this day, the Union Pacific Railroad maintains a large presence in town and Amtrak’s cross-country rail service continues to stop in Lordsburg.) This status also maintained itself in the post-World War II years when long-distance automobile travel began to take over all corners of the country. The city was conveniently located at the junction of US Routes 70 & 80 and given its relative proximity to southern California and western Texas, Lordsburg soon became a convenient stopping/lodging place for long-distance travelers in the region. Additionally, the town became notable in those postwar years for being home to one of the few hotels in the region open to African-American guests – a feature that made the town popular among certain ethnic groups during the final years of legal segregation.

Over the years, US 80 was gradually replaced west of Texas (both functionally and literally) by Interstate 10 and the freeway’s construction created a bypass around the center of the old town, but the city’s visibility and importance to travelers has not waned over the years. Nowadays there are about a dozen hotels in the city & surrounding area and it continues to be a logical and popular stopover destination along the interstate between Tucson and Las Cruces. Yours truly became just one more in a long line of American travelers and chose Lordsburg as a stopping place for the night back in February 2020 and in doing so was able to spend some time exploring the city and immediate area. Please enjoy this photo summary of this historic American rail town: 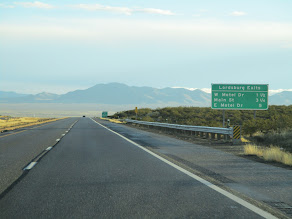 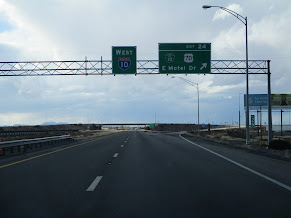 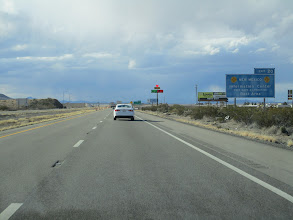 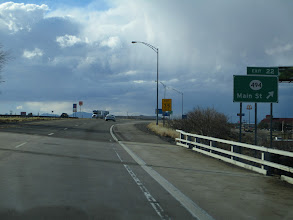 Scenes along the Interstate around town 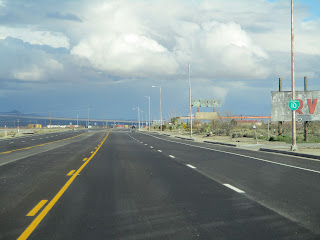 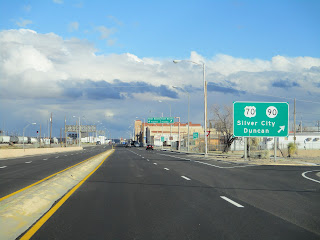 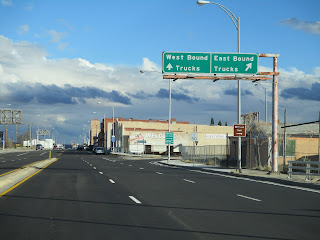 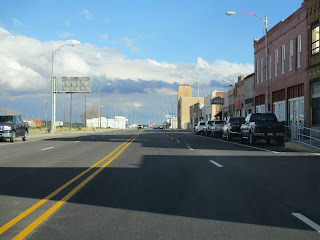 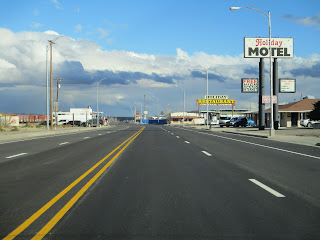 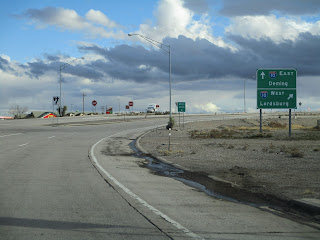 The former alignment of US 70/80 through central Lordsburg is now signed as an I-10 business route. The scenes above feature the drive along what's known fittingly as "Motel Drive" eastbound. The scenes below feature the drive westbound along this street. In select photos, take note of the older generation overhead/roadside signage that remains in place and in decent enough condition. 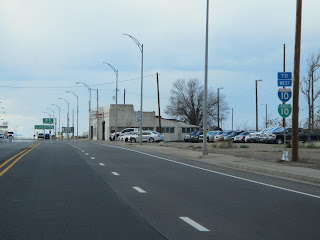 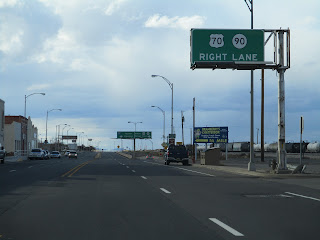 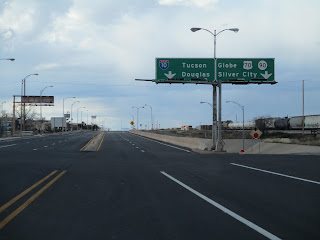 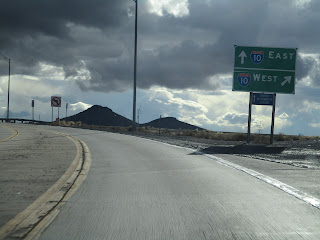 The junction of old US 70/80 in downtown Lordsburg features a tightly-packed trumpet interchange; its location and dimensions are constrained by the central business district next door, but also the city's lifeline - the Union Pacific Railroad tracks across the street. The images below feature this junction from the US 70 point of view: 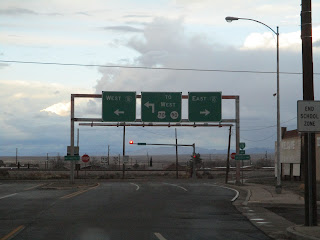 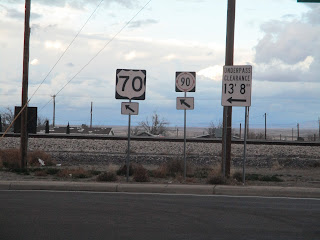 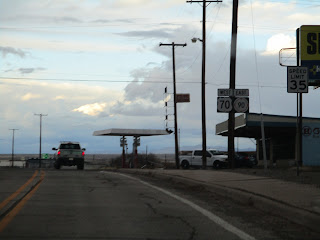 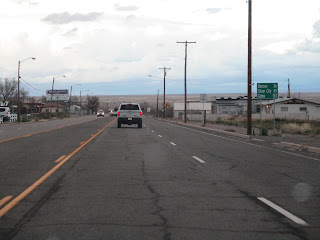 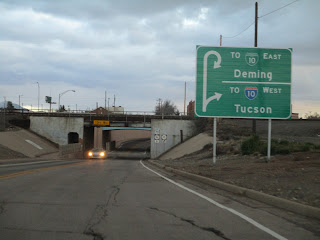 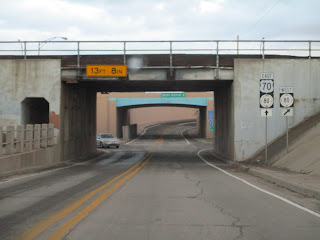 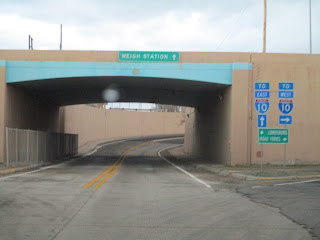 We'll wrap up our look at Lordsburg and southwestern New Mexico with a few images below featuring the overall landscape and the region's natural beauty. It's an area of the country I had never seen prior to February 2020 and its one that continues to fascinate & interest me today. I hope you get the chance to check this area out and see it for yourself! 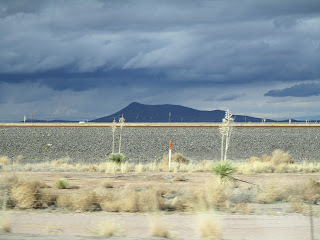 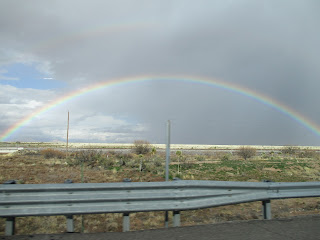 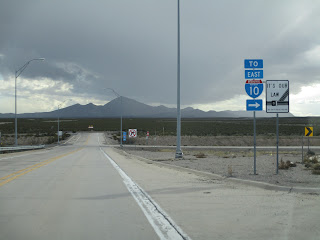 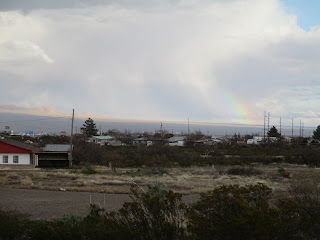 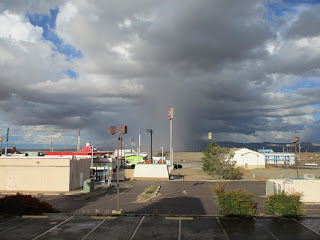