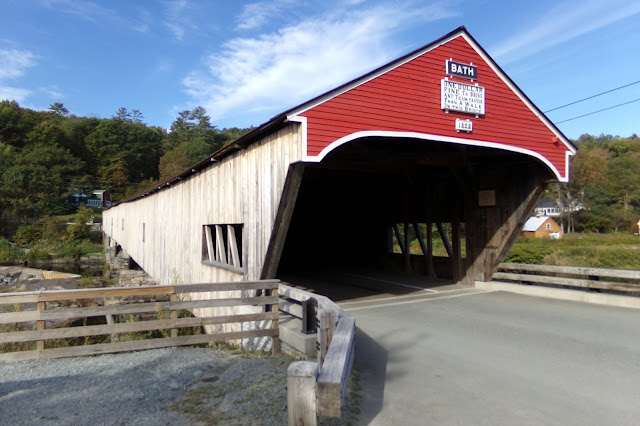 Located in the center of the historic Lower Village in Bath, New Hampshire, the Bath Covered Bridge has been a pillar of the community since the year of 1832. In fact, you could say that the bridge fits like a glove in its setting in the beautiful Lower Village of Bath. At 374 feet in length, it is one of the longest covered bridges wholly in New Hampshire, and certainly the longest covered bridge that crosses the Ammonoosuc River. Despite its age, the bridge still manages to retain a good amount of historical integrity and is also notable due to its age, length and Burr truss inspired configuration. The Bath Covered Bridge connects US 302 and NH 10 in the center of the village with West Bath Road on the opposite bank of the Ammonoosuc.

The Bath Covered Bridge is actually the fifth bridge at this location. The Lower Village of Bath was already a small industrial center in the 1790s before there was any bridge. The town voted in November 1793 to bridge the Ammonoosuc River "over the mill-pond above Mr. Sargent's and Esq. Hurd's mills". As a result, the first bridge was constructed in 1794 at a cost of $366.66 (or 110 pounds total, as costs were still given in the British monetary system even in 1794). Then, disaster became a common theme at the location of the bridge. The first bridge was demolished by a flood caused by an ice jam and replaced in 1806 at a cost of $1,000. The second and third bridges were also destroyed by floods but immediately replaced in 1820 and again in 1824. The fourth bridge at the location was destroyed by fire in late 1830. A town meeting in March 1830 discussed rebuilding the bridge at Bath village, but postponed action, probably because of expenses had just incurred during construction of the Bath-Haverhill Bridge at Woodsville, New Hampshire. Rebuilding efforts began in March 1831 when $1,400 was allotted to cover the construction of two stone abutments and piers along with the purchase of other materials. In March 1832, an additional $1,500 was allotted for the wooden trusswork in order to complete the construction.

At one time, there was a sign posted at the portal of the covered bridge which prohibited riding horses across the bridge at a trot. It was believed that the impact of trotting horses could cause the structure to fall apart, especially since the covered bridge was initially built with a single arch, and due to its length, there was question on how sturdy the bridge really was. But as the Lower Village of Bath was a local commercial and industrial center, horses and wagons were a common sight along the spans of the bridge.

The Bath Covered Bridge also had the distinction of being one of a few covered bridges in New England that also crossed over railroad tracks. In 1852, the White Mountain Railroad was graded along the west bank of Ammonoosuc River underneath the Bath Covered Bridge. Rails were laid and train service began in 1853. The bridge required no structural modifications at the time, but since steam engines passed closely under it for about a century, it is fortunate that it never caught fire. At one point, the railroad installed sheet metal under the bridge in the area of the tracks to prevent sparks from setting the bridge ablaze. However, in 1920, new overlapping arches were added to the covered bridge when the bridge was raised over the railroad and also to increase the load capacity of the bridge. The Bath Covered Bridge was the last covered bridge in North America to span railroad tracks. The tracks themselves are now gone, but the roadbed remains. 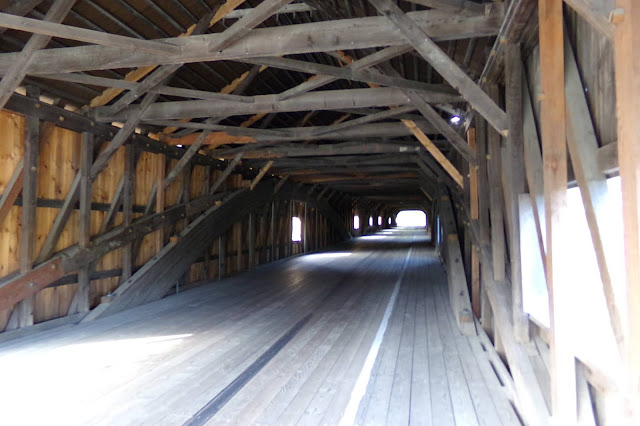 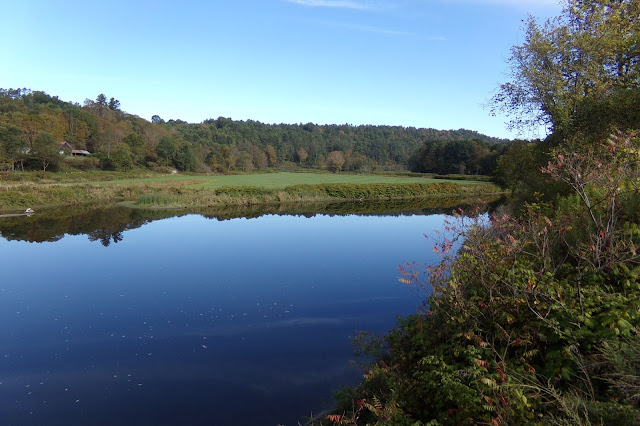 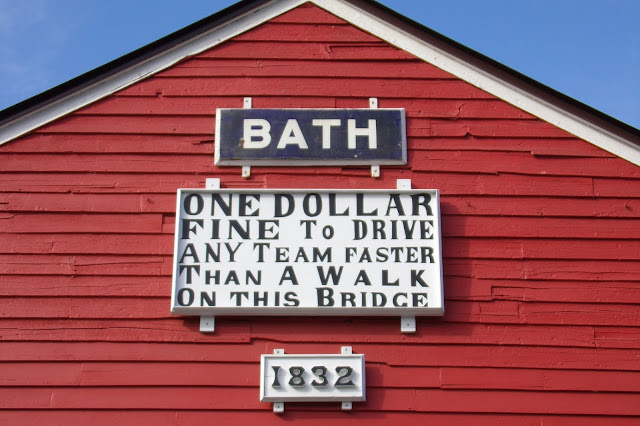 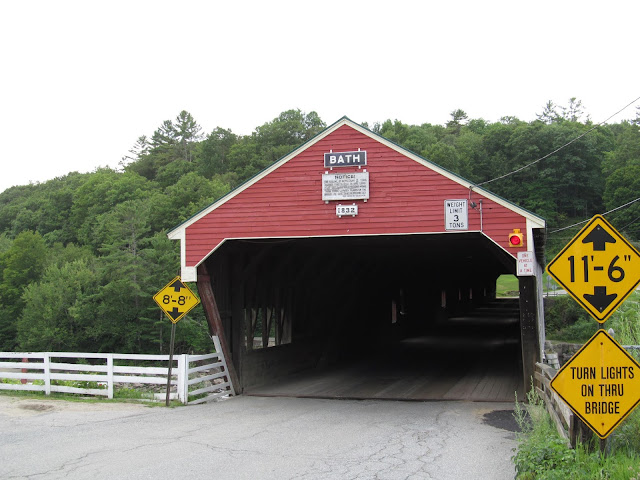 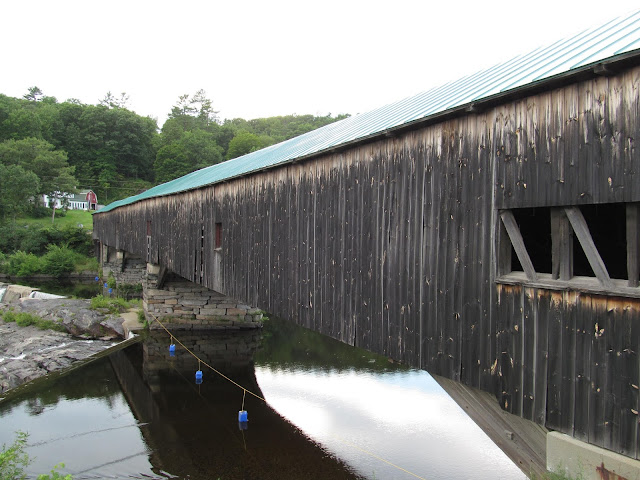 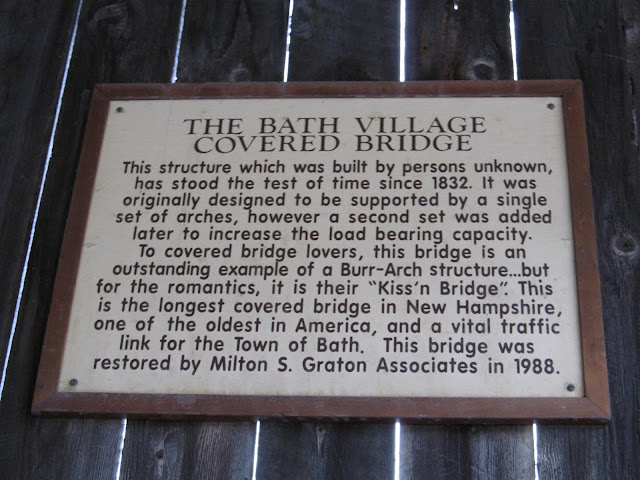 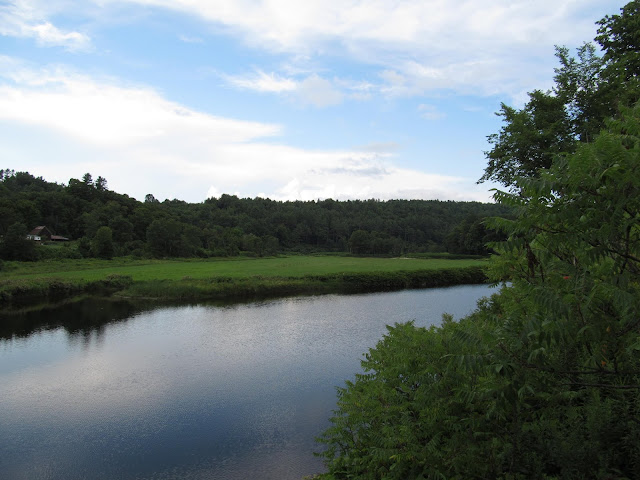