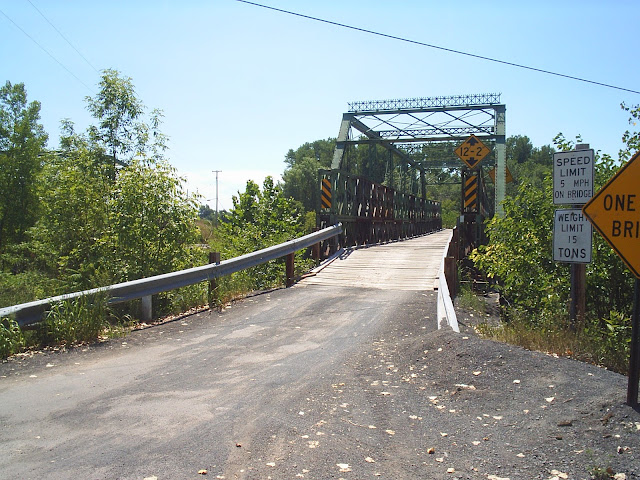 In the Cayuga County town of Conquest, to the north of Port Byron, a few small islands were formed from channels of the Seneca River and Erie Canal, with one island (Howland Island) containing a wildlife refuge. The smallest of these islands, Haiti Island, has one bridge to mainland New York State, and more immediately, NY 38. I visited the bridge in 2002 and 2005, taking photos during my visits. The Haiti Island Bridge (also known as the Haiti Road Bridge) was built in 1908 and was moved to the Haiti Road location in 1964. The bridge was rickety, had a deck of wood planks and had been reinforced by a Bailey bridge to hold it up. Soon after my visits, in 2007, a portion of the bridge deck collapsed and in 2010, a concrete slab was put in place to replace the old Haiti Road Bridge. 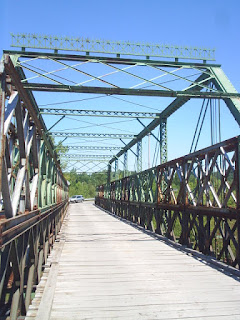 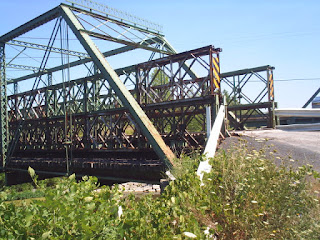 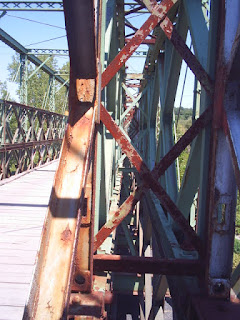 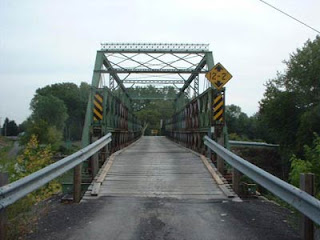 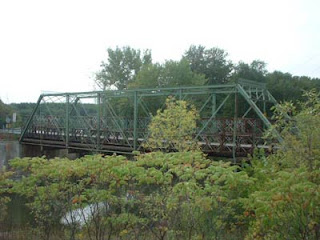