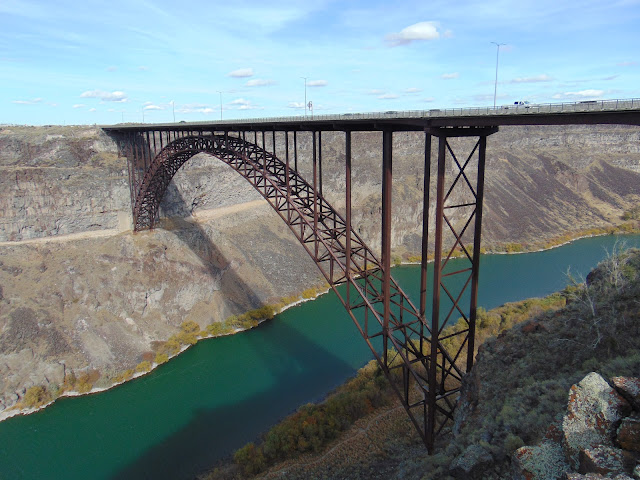 The better known of the two high bridges (the other being the Hansen Bridge) that cross the Snake River Canyon near Twin Falls, Idaho is the I.B. Perrine Memorial Bridge. Carrying US 93 some 1500 feet across and 486 feet above the Snake River, the Perrine Bridge is the eighth tallest bridge and the fourth highest arch bridge in the United States. Opened in 1976, the distinctive brown arch bridge was a replacement for the 476 foot high Twin Falls Jerome Intercounty Bridge. Locals say the bridge has always been known as the Perrine Bridge because of the man who was instrumental in getting it built. The bridge was originally officially known by a number, Bridge 17-850, but the bridge was officially named for Ira Burton "I.B." Perrine in 2000. Today, more than 32,000 cars, trucks and motorcycles use it every day to travel between Jerome and Twin Falls Counties.

The Twin Falls Jerome Intercounty Bridge, which was a colossal 2 lane bridge that was the third highest bridge in the world upon its opening in 1927, a bridge that cost $662,000 to build. There was a grand opening with much fanfare. The bridge was christened with a bottle of cider by the wife of Ira Burton Perrine, the man that the modern bridge is named after, and was celebrated by barbecuing twelve steers at the opening ceremony. The original bridge was tolled, with drivers paying 60 cents per car, which amounts to around $9 in today's money, plus a nickel per passenger. Idaho bought the bridge in 1940 and the tolls were removed.

Then in 1976, the current bridge was built and remains the same today as it did back then, three times wider than the original bridge. The upgrade cost $10.5 million and took three years to complete. The main span of the bridge was constructed using a stayed cantilever method where individual pieces of the arch were lowered down, held in place by a series of cables that radiated out from the end of an already completed approach span on either side of the canyon. This was a temporary measure. Once the two arch halves were joined in the middle of the bridge, the cable stays were removed from the structure and a high line was then used to place the final spandrel supports and deck spans.

The Perrine Bridge and the surrounding Snake River Canyon has a history of daredevil stunts and thrill seeking. The bridge is a popular destination for BASE jumpers from all over the world. It is one of the few structures they can use without special permits from the city. Known among BASE jumpers as the Potato Bridge, the 48 story drop from the bridge deck to the canyon floor has become legendary within the BASE community. In 2005, Miles Daisher jumped from the Perrine Bridge 57 times in less than 24 hours, hiking out of the Snake River Canyon each time. This is approximately the equivalent of hiking Mount Everest. 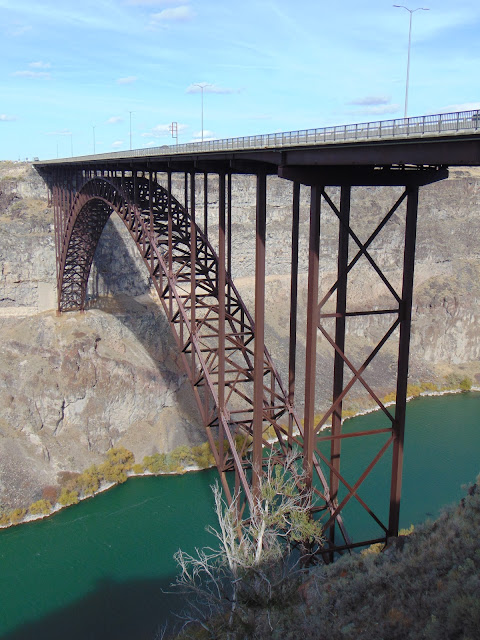 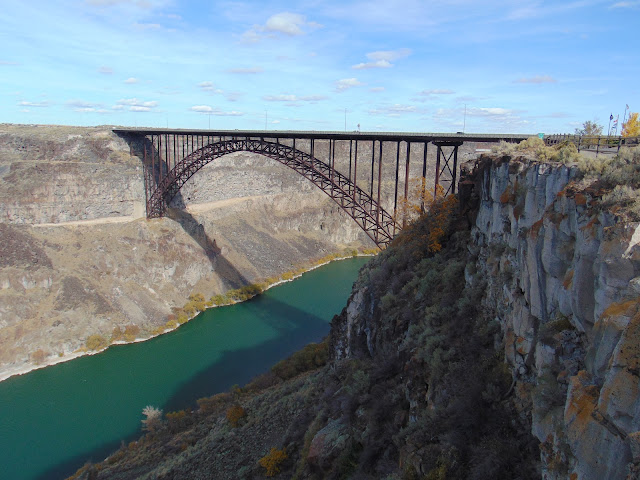 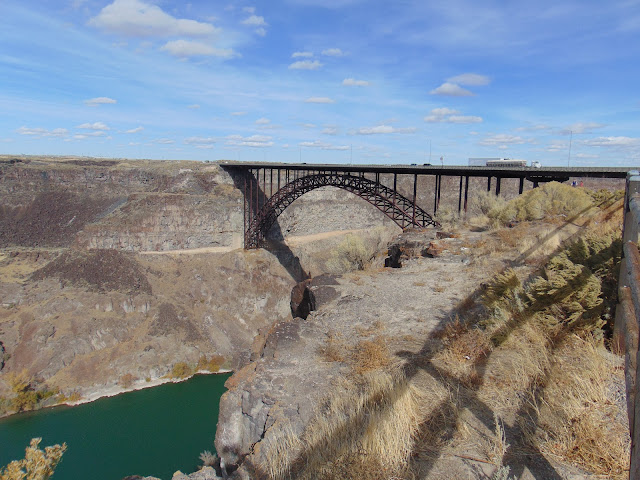 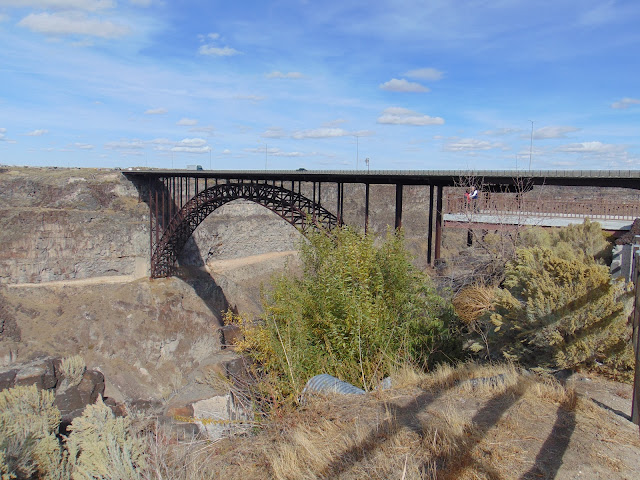