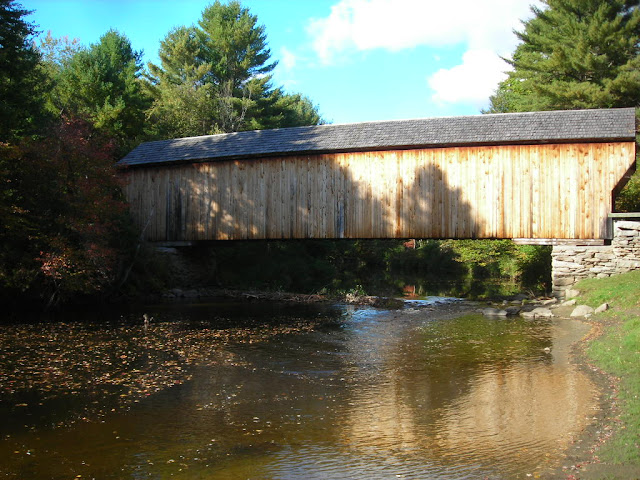 The 104 foot long Corbin Covered Bridge is located on the Croydon Branch of the Sugar River some two miles north of the village of Newport, New Hampshire. First built around 1845, the Corbin Bridge was one of 19 covered bridges that once graced the streams and rivers of Newport, but only three covered bridges remain. The fact that there is still a covered bridge at this location has much ado with civic boosterism and pride.

The State of New Hampshire suggested closing the Corbin Bridge in May 1979, but faced with losing one of the remaining covered bridges in Newport, the town reduced the posted weight limit from six to three tons in the hopes of preserving the covered bridge. As a result, the Corbin Bridge was rehabilitated by the state in 1980 at a cost of $43,000 in part due to matching grants.

On May 25, 1993, the Corbin Covered Bridge was burned down in what police officially call a suspicious fire, but many refer to as an act of arson. The incident is still under investigation years later. Faced with replacing the covered bridge with a simple concrete span bridge, a group of residents petitioned the town and state to instead replace the Corbin Bridge, raising thousands of dollars to cover the difference in cost. On Columbus Day weekend in 1994, the replica was pulled into place by a team of oxen with much fanfare. The reconstruction of the Corbin Bridge took three days. Arnold Graton, of Arnold M. Graton Associates in Holderness, New Hampshire, rebuilt the bridge.

Today, you can make the visit to the Corbin Bridge by driving two miles north on NH 10 from Newport Village, then turning left onto Corbin Road near the airport. The covered bridge is in a peaceful setting for you to enjoy. 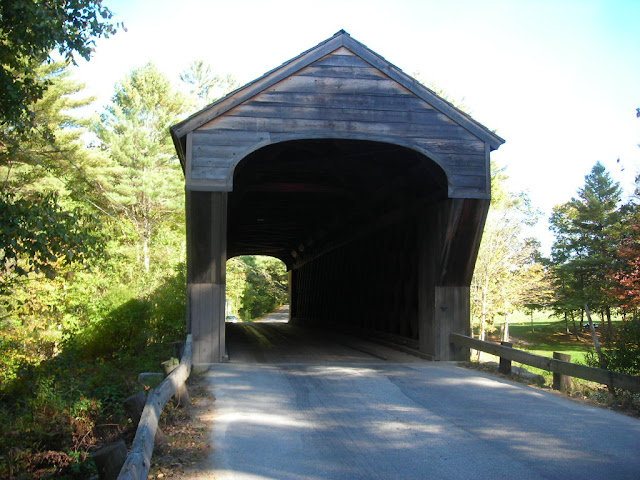 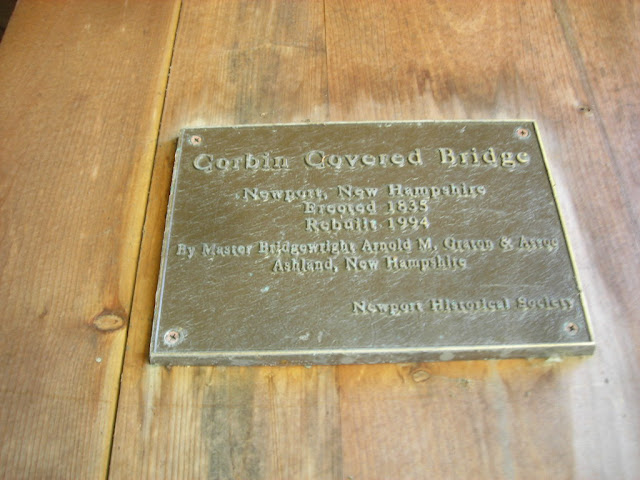