By Challenger Tom October 11, 2017
Many a days travel on CA 180 east of Fresno has taken me by some weird small locations I've only kind of looked into until today; Minkler and Centerville.  Essentially both locations are close to being ghost towns and have really lost their significance to time.  I was heading back towards Fresno on CA 180 and encountered Minkler first along Byrd Slough. 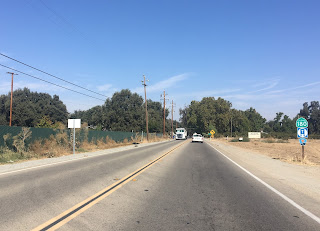 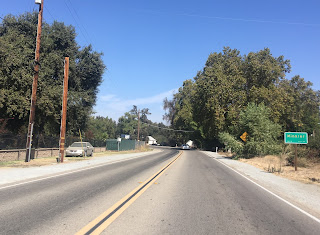 The sign in the second picture above indicates Minkler has 30 residents but given the age of the sign I highly doubt it really is that many people today.  Minkler was essentially a rail siding that was created back in 1920.  Back in the hey day of Minkler it was located at the junction of the Wahtoke District Railroad and Porterville-Orosi District Railroad.  The Wahotke District Railroad used to travel north on the Kings River towards Piedra which terminated at a local rock quarry.  Both lines were abandoned in the 1960s and 1970s:

Today there are only a couple structures in Minkler still inhabited.  One of them on the south side of CA 180 is called the Minkler Cash Store is reportedly a place where locals just basically regale tourists and people passing by about local lore. 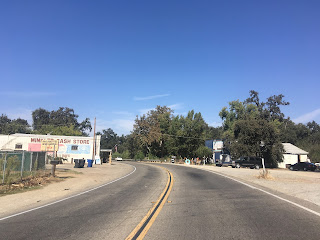 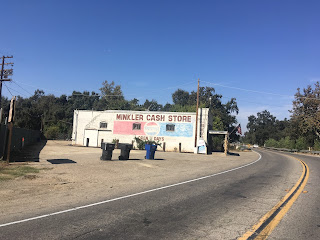 A mile or so west of Minkler over the Kings River is Centerville.  Centerville actually is one of the oldest communities in what is now Fresno County having been founded back in 1854 as Scottsburg.  By 1858 Poole's Ferry was established as a crossing of the Kings River which was part of the Stockton-Los Angeles Road which had only been created five years prior.  The original town site was destroyed in a flood in 1867 and it was resettled to the west as Centerville in the present location.  Centerville has approximately 400 residents according to the 2010 census but I'm not sure what area that figure actually consists of. 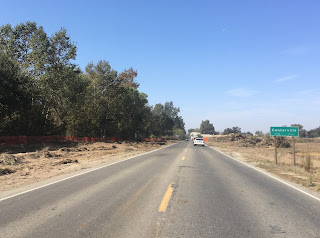 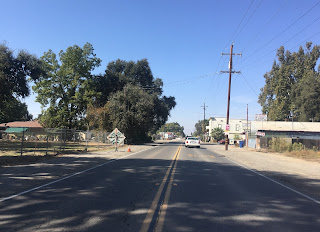 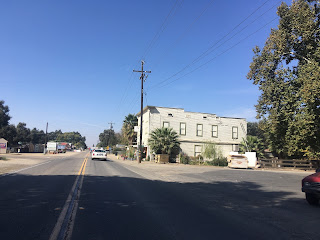 Interestingly according to the 1935 California Divisions of Highways Map of Fresno County CA 180 to take a substantially different route through Centerville than the modern alignment.  The 1935 shows CA 180 using an old section of Ventura Avenue along with Smith Avenue.